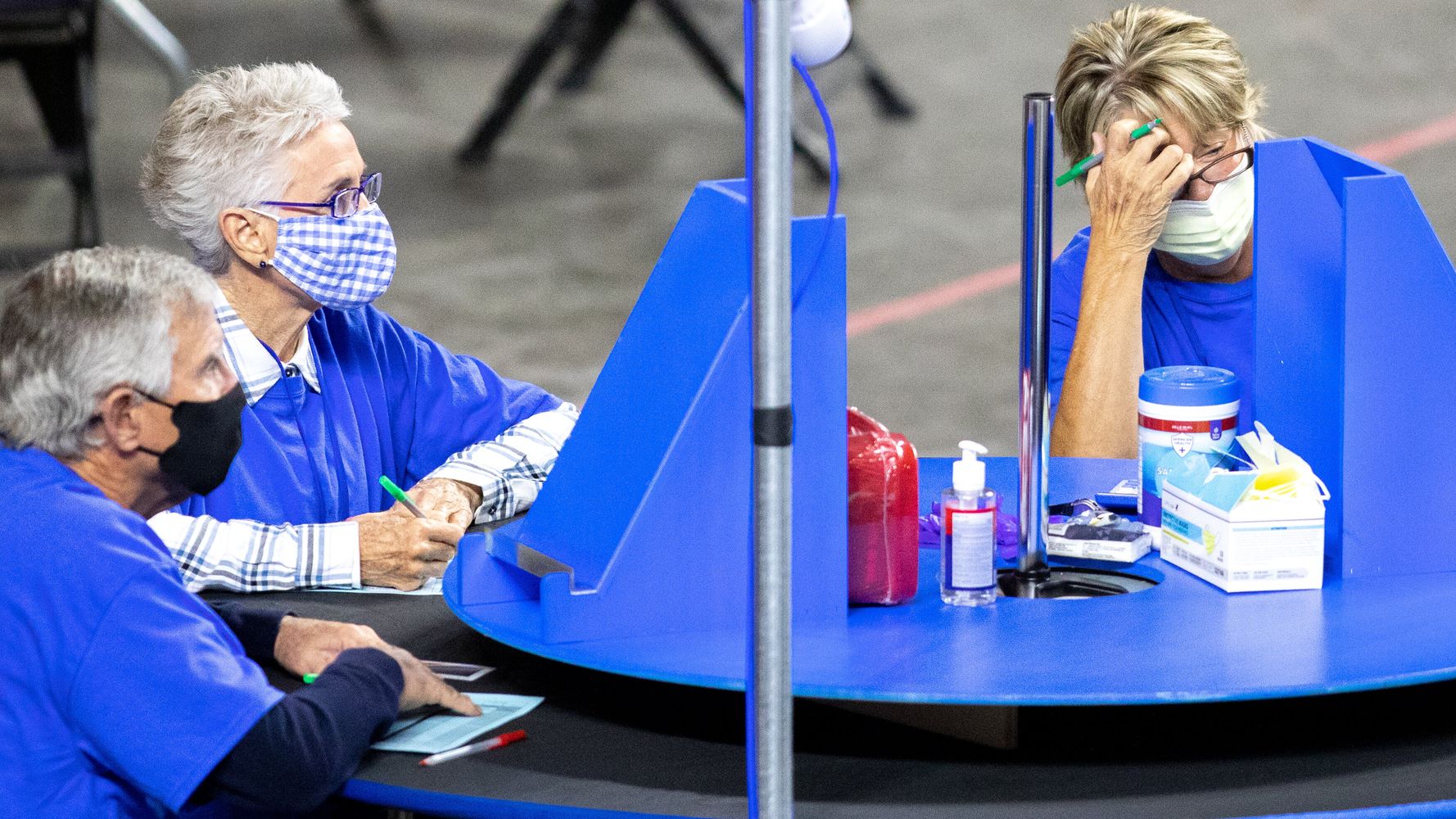 State Republicans backed off a similar plan months ago after the Justice Department warned such activity could be considered voter intimidation.

The long-running audit of Arizona presidential votes could become more confrontational now that the head of Cyber Ninjas, the company in charge of the recount, is demanding it be allowed to go to voters’ homes to grill them about their ballots.

The audit of Maricopa County’s 2.1 million votes, launched by state Senate Republicans and arranged by Cyber Ninjas, a little-known company with partisan ties, was supposed to be completed by May 14. But there has been no report on the operation, and the company still appears to be scrambling for information.

Cyber Ninjas CEO Doug Logan — who recently appeared in a film promoting QAnon conspiracy theories and who predicted months before the recount that it would inevitably turn up “hundreds of thousands” of extra votes for Donald Trump — says he has questions about the source of about 74,000 mail-in ballots.

He is now demanding access to more voting data records and the go-ahead to confront tens of thousands of voters on their doorsteps about their November ballots.

“There’s not proper things there — but I think when we’ve got 74,000, it merits, you know, knocking on a door and validating some of this information,” Logan told the state Senate in a live-streamed meeting Thursday.

Republicans backed off a similar plan in May after the U.S. Department of Justice compared confronting voters at their homes to intimidation.

“Past experience with similar investigative efforts around the country has raised concerns that they can be directed at minority voters, which potentially can implicate the anti-intimidation prohibitions of the Voting Rights Act,” Pamela Karlan, principal deputy assistant attorney general in the department’s Civil Rights Division, wrote then in a letter to Arizona Senate President Karen Fann. “Such investigative efforts can have a significant intimidating effect on qualified voters that can deter them from seeking to vote in the future.”

Critics fear that countless votes have already been altered or trashed in the unsupervised and highly controversial audit. Copies of voter data were spirited out of Phoenix last month and taken to an isolated cabin in Montana, 1,300 miles away.

I am deeply concerned that the Cyber Ninjas have moved Maricopa County election data to a residence in Montana - over 1,300 miles from Phoenix - for no discernible reason.

Trump has already pounced on the Ninjas’ suspect claim, calling it “devastating news to the Radical Left Democrats and the Biden administration.”

A court on Thursday rejected arguments from the state Senate as to why it shouldn’t turn over “any and all” records, including communications, planning, procedures, and funding sources for the partisan audit.

“The court completely rejects Senate defendants’ argument that since [Cyber Ninjas] and the subvendors are not ‘public bodies’ they are exempt” from the public records law, ruled Superior Court Judge Michael Kemp.

“It is difficult to conceive of a case with a more compelling public interest demanding public disclosure and public scrutiny,” he added.

The House Committee on Oversight and Reform on Wednesday launched an investigation into the ballot audit and called on Cyber Ninjas to turn over a trove of documents.

Few instances of vote fraud have been found in the state, undercutting any demand for a recount and belying Trump’s claim of a rigged election, The Associated Press reported Friday.

County election officials throughout Arizona have identified 182 cases of potential voter fraud in the presidential election — out of 3 million votes cast — that require review by local prosecutors, according to AP.  So far, only four cases have led to charges: Two involve Democrats and two involve Republicans, AP reported.

The Arizona vote was certified more than six months ago by Republican Gov. Doug Ducey after Democrat Joe Biden beat Trump by 10,457 votes in the state and several recounts failed to find any irregularities.

Although Biden beat his rival by more than 2 percentage points ― about 45,000 votes ― in Maricopa County, Trump claims the Cyber Ninjas’ recount results will help put him back in the White House.