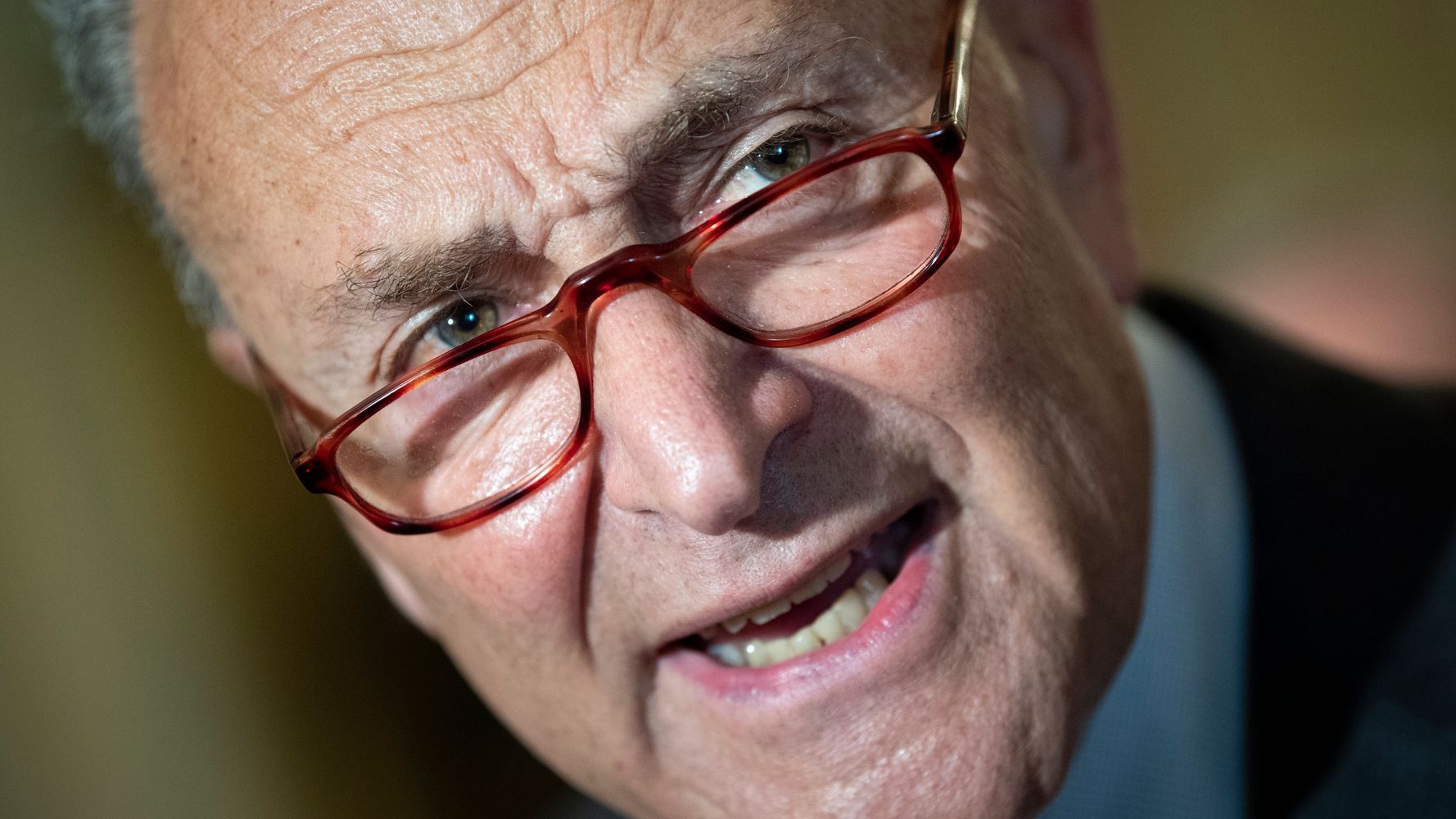 The massive proposal would include an expansion of Medicare insurance -- including money for dental, vision and hearing.

Top Senate Democrats announced plans on Tuesday to proceed with a $3.5 trillion “human” infrastructure bill they intend to pass under special budget reconciliation rules that will allow them to avoid a Republican filibuster.

The package would include an expansion of Medicare to include dental, vision and hearing coverage; investments to fight climate change; and additional funding for child care and elder care for millions of Americans.

“We are very proud of this plan. We know we have a long road to go. We’re going to get this done for the sake of making average Americans’ lives a whole lot better,” Senate Majority Leader Chuck Schumer (D-N.Y.) said after a meeting with members of the Senate Budget Committee on Capitol Hill.

Sen. Mark Warner (D-Va.), a member of the committee, added that the proposal would be fully paid for. It’s expected to include tax increases on corporations and the wealthy.

It was not immediately clear if all 50 Democrats are on board with the $3.5 trillion top-line number, however. Democratic leaders will require total party unity to advance the measure under budget reconciliation rules.

Sen. Joe Manchin (W.Va.) and other moderate Democrats have expressed concerns about a package that relies primarily on deficit financing. Their votes will be critical to passing a budget resolution, which unlocks the reconciliation process and allows passage by a simple majority. Democratic leaders may need to make further concessions to the size and makeup of the package in order to win their support.

“Everything should be paid for. How much more debt can y’all handle?” Manchin told reporters earlier Tuesday. “I’m not a hard no on anything. I’m just saying that I like to find ways to pay for things. I think we’ve incurred over $28½ trillion of debt, and I’d like to start paying for things.”

Meanwhile, a bipartisan group of senators is busy drafting a separate bill that would invest approximately $1.1 trillion in traditional infrastructure projects, such as roads, bridges, airports and waterways. That group is hoping to have text finalized and ready to present to all senators by next week. But as of Tuesday evening, they were still hung up on details.

Schumer’s plan is to take up both the $3.5 trillion “human” infrastructure package and the bipartisan bill in the coming months. He said that when the total new spending in the two plans is added up, it would come “very, very close to what President Biden asked us for” when he proposed overhauling the nation’s infrastructure systems: $4.1 trillion.