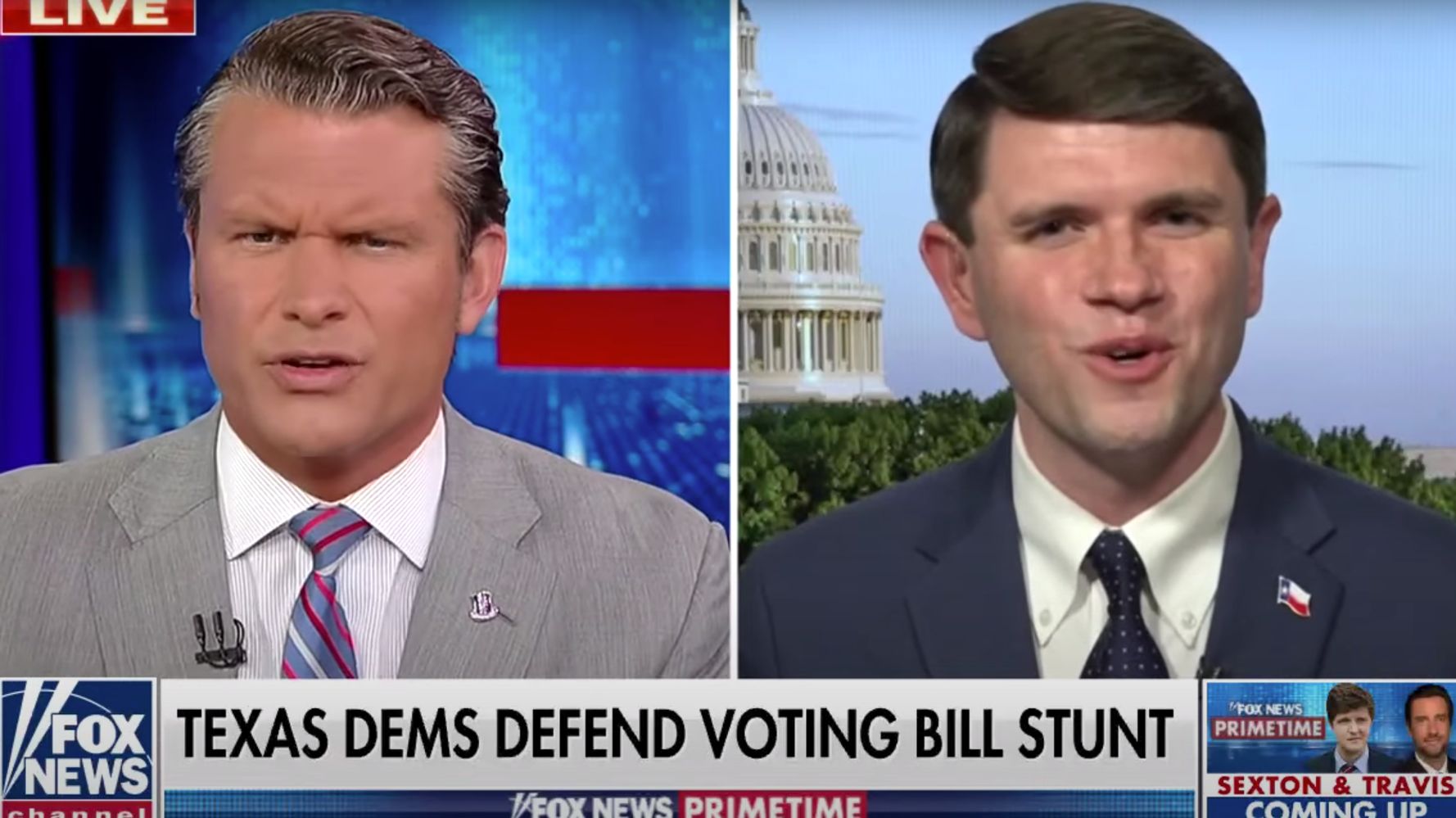 Talarico, during a discussion about the Democratic state lawmakers (including himself) who left Texas on Monday to temporarily thwart GOP efforts to introduce new voter restriction laws, told Hegseth the reason so many people believe ex-President Donald Trump’s election lie is “because folks like you get on television every night and repeat the lie over and over again.”

“You have made a lot of money personally and you have enriched a lot of corporations with advertising by getting on here and spewing lies and conspiracy theories to folks who trust you,” Talarico continued, as Hegseth repeatedly tried to talk over him.

“And so what I’m asking you to do is to tell your voters right now that Donald Trump lost the election in 2020. Can you admit that? Did you catch what I just said? Did you hear what I asked?” Talarico asked.

“I think I’m answering the questions,” replied Hegseth. “I don’t really feel any obligation to answer anything of you.”

“Is this an uncomfortable question for you?” Talarico asked.

“No,” said Hegseth, before pivoting to attack Talarico for leaving Texas.

Watch the exchange from the 11:20 mark here: