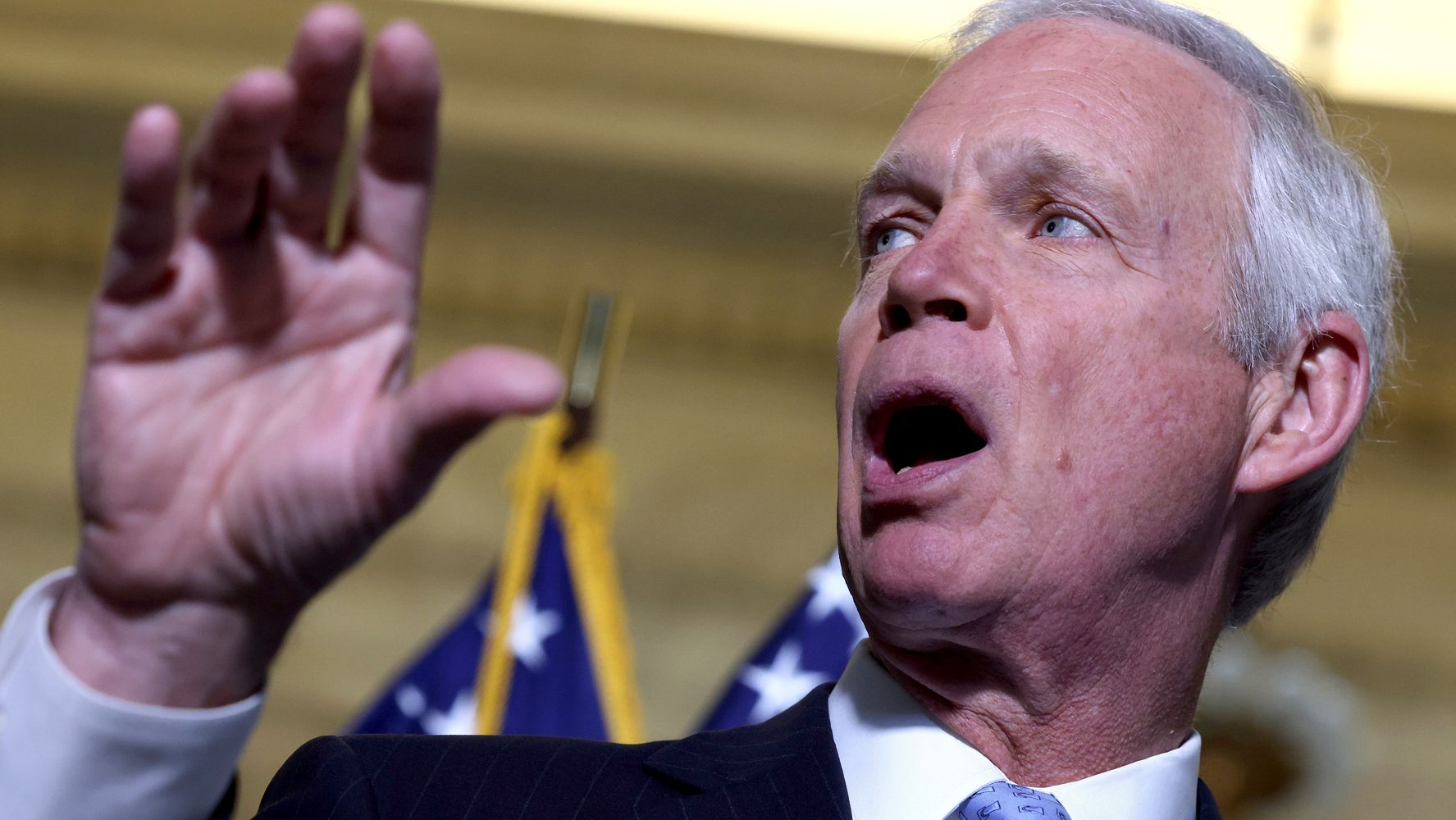 The Wisconsin senator is also committed to the "Big Lie" of a fraudulent election and to "rigging the system to retain power."

Sen. Ron Johnson (R-Wis.) was scorched in a new political ad over his declaration that the U.S. Capitol riot on Jan. 6 was “mostly peaceful.”

“You are failing us, Sen. Johnson,” said the narrator of the ad, which was created by Democracy For All 2021 Action, a coalition of more than 20 prominent progressive groups and unions. “Protecting our democracy has never been partisan and yet you refused to investigate the deadly attack on our Capitol.”

The ad also slammed Johnson for his battle against voting rights.

“Access to the polls matters to all Americans and yet you blocked voter protections that have the support of Democrats, Republicans and independents,” the ad’s narrator said.

“You are more committed to the lie and rigging the system to retain power than you are to protecting Wisconsinites,” the spot added.

Last May, Johnson told Fox News that “by and large” the attack on the U.S. Capitol was a “peaceful protest.” And in March, he told a right-wing radio program that he never felt threatened by the violent insurrectionists.

More than 500 people have been charged with crimes related to the storming of the Capitol.

Democracy For All is spending $800,000 on the 30-second TV spot and print ad campaign, which began Sunday. The coalition, which includes the NAACP, the Sierra Club, the Planned Parenthood Action Fund and the National Education Association labor union, advocates for federal voting legislation, statehood for the District of Columbia and campaign finance reform.

Several Wisconsin Democrats are lining up to challenge Johnson for his seat next year. Although Johnson hasn’t said whether or not he’s running for reelection, he’s been receiving a lot of backlash for his latest comments and actions.

A few days ago, The Washington Post awarded Johnson four Pinocchios for his “campaign” of COVID-19 vaccine misinformation. Last month, Johnson was booed while he attended a Juneteenth street festival in Milwaukee. The Milwaukee Journal Sentinel also attacked Johnson last month for lying about the COVID-19 vaccine, denying the climate crisis and for promoting the rigged election lie. The newspaper deemed him the “most irresponsible representative of Wisconsin citizens since the infamous Sen. Joseph McCarthy.”