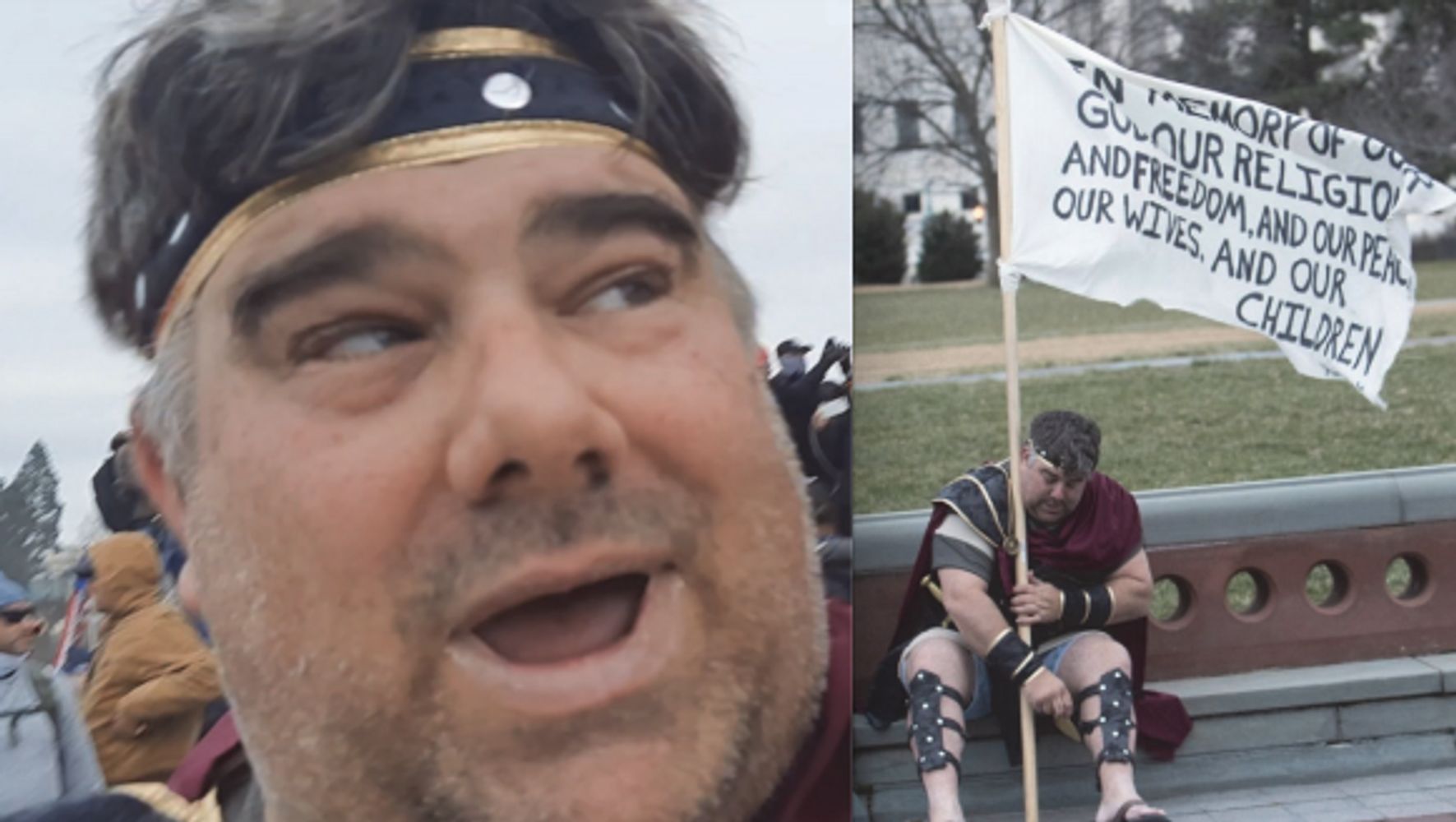 Nathan Wayne Entrekin was talking to his mother during the Jan. 6 Capitol riot.

Nathan Wayne Entrekin, a man who wore a Roman gladiator costume to the Jan. 6 Capitol riot in support of former President Donald Trump’s efforts to overturn the results of the 2020 election, was arrested by federal authorities on Thursday.

Entrekin, whom online “sedition hunters” had dubbed “Caesar No Salad,” wore his costume to portray Captain Moroni, a figure from the Book of Mormon who ― as spelled out in Entrekin’s FBI affidavit ― “sought to defend the liberties of his people ― the Nephites ― from another group ― the Amalickiahites ― that wanted to overthrow democracy and install a king.” He was arrested in Cottonwood, Arizona.

A tipster contacted the FBI about Entrekin on Jan. 11, and the FBI was able to confirm his identity through “a review of public databases and open source intelligence (OSINT)” as well as an interview with Entrekin on Feb. 2.

The FBI got permission to search Entrekin’s phone. On it, they found videos of him narrating the scene for his mother (whom he lives with) about what he’s seeing at the Capitol.

Entrekin, according to the feds, continued narrating the scene for his mother as he stormed the Capitol.

Later on, when he’s inside the Senate Parliamentarian’s office, Entrekin appears to realize what he’s done.

Outside, however, he seemed to go back to enjoying the riot, laughing at a guy who stole a whiskey bottle.

Entrekin then reentered the Capitol and made his way to the Capitol Crypt, where he continued narrating the scene for his mother.

Entrekin faces two misdemeanor charges: One for knowingly entering or remaining in a restricted building or grounds without lawful authority, and another for violent entry and disorderly conduct on Capitol grounds.

More than six months after the Capitol attack, the FBI has made more than 500 arrests. Hundreds more arrests are in the works.