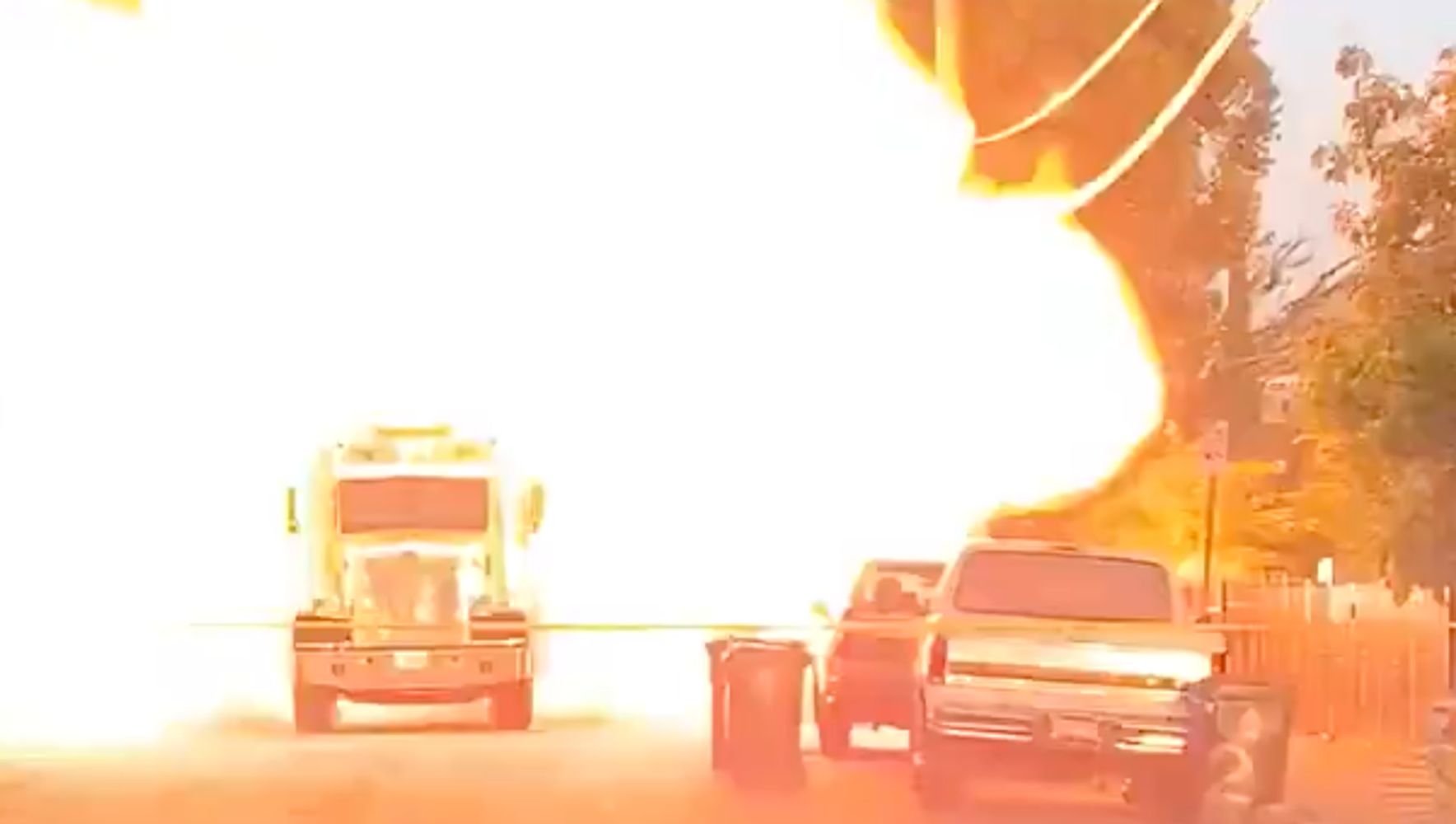 Chief Michel Moore said five members of the bomb squad have been removed from field duties as the investigation continues.

Chief Michel Moore said five members of the department’s bomb squad have been removed from field duties as the investigation continues. They could face discipline.

The explosion — which damaged dozens of homes, businesses and vehicles just days before July Fourth — was highly unusual, officials say, because such containment chambers are designed to withhold blasts. The bomb technicians overloaded it above the safety rating, however, even as authorities are investigating if the detonation device had a defect.

The incident has prompted the Los Angeles Police Department and FBI to review police protocols regarding the detonation of explosives. The Police Department is now requiring a captain to sign off on detonations, in addition to the two bomb technicians and a supervisor who are already required.

Residents in the neighborhood have called for accountability and asked why some people were still in their homes, despite a door-to-door evacuation order. Fireworks are illegal to sell or possess in Los Angeles and in unincorporated areas of the county.

Moore announced the preliminary findings of the investigation during a media briefing Monday. The Los Angeles chapter of Black Lives Matter and other organizations will have their own news conference on Tuesday to demand more answers and reparations for the residents who were hurt in the blast. Some victims have filed legal claims — the precursor to lawsuits — against the city.

The explosion came after police had spent the day disposing of thousands of pounds (kilograms) of commercial-grade fireworks that were found in a South Los Angeles home following an early-morning tip. Those fireworks were detonated at an off-site location.

Police arrested resident Arturo Ceja, 26, on suspicion of possessing a destructive device. Police believe the fireworks were bought in Nevada and taken to Los Angeles to sell in the neighborhood for use on the Fourth of July.

Ceja was released on $500,000 bail and is due back in court in October. It was not immediately clear if he had an attorney who could speak on his behalf.

Officers also found homemade fireworks at the home that were leaking and the bomb squad decided to detonate them in the neighborhood — believing they were too unstable to transport elsewhere. They examined them by X-ray and robotics and loaded them into the detonation chamber, officially called a total containment vessel.

The bomb technicians — without using a scale, as is allowed by Los Angeles police procedures to avoid additional handling of the unstable devices — estimated the weight of the homemade explosives and a counter-charge to be about 16.5 pounds (7.5 kilograms) in a standard flash powder measurement. That measurement is not the same as an item’s physical weight and is instead calculated as a TNT equivalent because explosives have different concentrations and therefore have varying “explosive weights.”

They arrived at 16.5 pounds by estimating that the smaller explosives — there were 280 of them — each weighed about a half an ounce (14 grams) in that standard measurement. The bomb technicians estimated that the 44 larger explosives — which were about the size of a soda can with a fuse — had about 1.5 ounces (42.5 grams) worth of flash powder.

Federal authorities who weighed the remains after the blast calculated that the weight was actually more than 42 pounds (19 kilograms) in the standard measurement. The smaller explosives were actually 1.37 ounces (38.9 grams) and the larger ones were about 5 ounces (142 grams).

The truck-mounted chamber used during the June 30 explosion had been in service for a decade and this was its 42nd time in use.

Nine police officers and a federal agent were among the injured. One officer was taken to the hospital and is now recovering at home.

The department is also looking at the practices of bomb squads nationwide to see if its standards are up-to-date. If the Los Angeles bomb squad is found to have been following the police department’s protocol but, in fact, the department’s procedures turn out to be inaccurate, Moore said the technicians will not be disciplined.