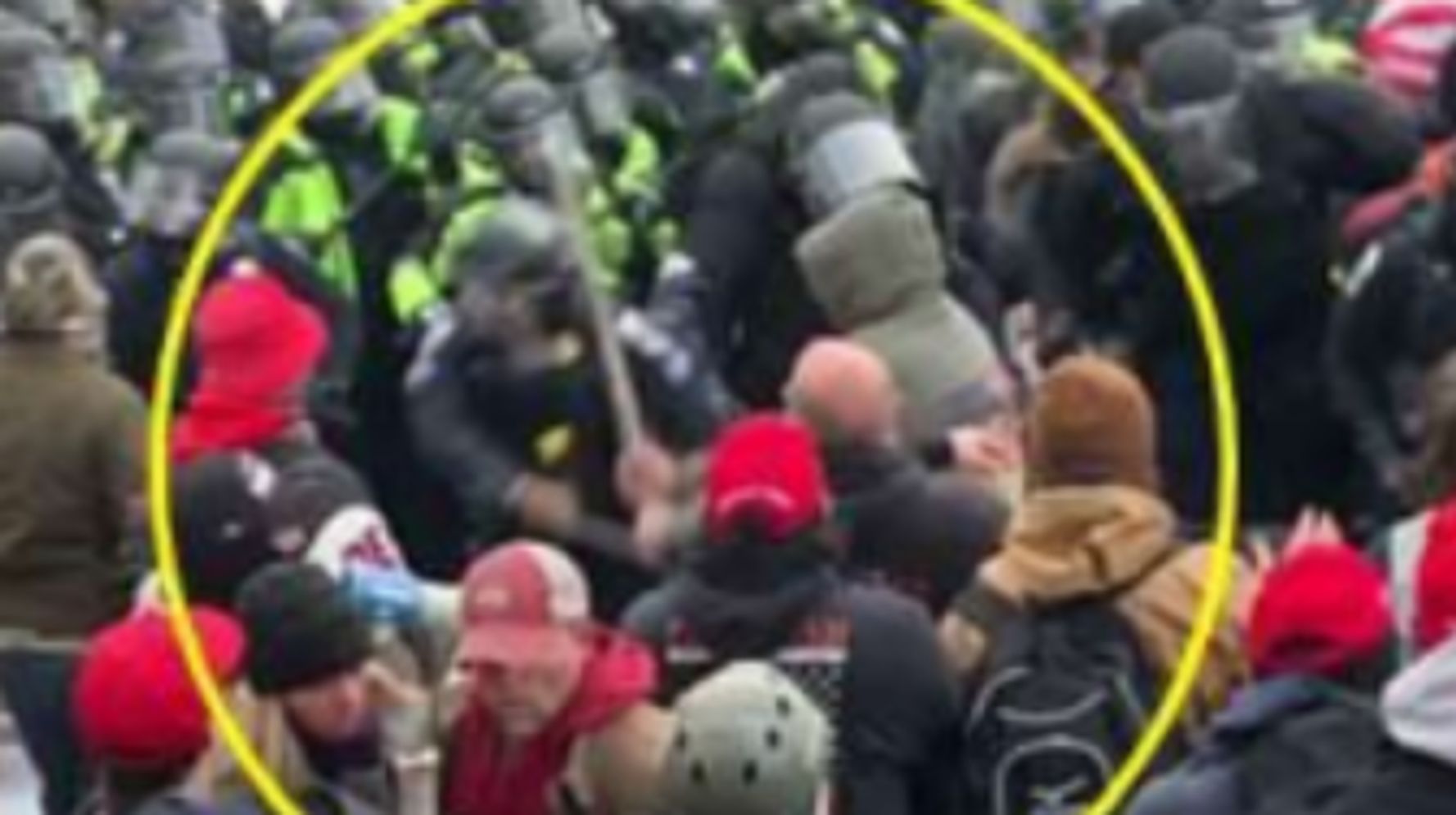 Michael Leon Brock was filmed appearing to hit and push officers with the metal rod while wearing a hoodie reading "God, Guns and Trump."

A northern Mississippi man has been arrested after allegedly attacking police officers with a metal rod during the Jan. 6 riot at the U.S. Capitol.

Michael Leon Brock, 54, of Walls, just south of Memphis, Tennessee, was arrested Tuesday after video appeared to capture him repeatedly pushing and striking officers with an estimated 4-foot rod as Trump supporters violently descended upon the Capitol during the certification of Electoral College votes.

“Oh, my God, he got him good! He got the cop good,” a spectator is heard saying, pointing out the man in the olive green hoodie, whom prosecutors identified as Brock in charging documents. Additional photos of the man shared by the FBI and collected by online sleuths known as the “sedition hunters” show the words “God, Guns and Trump” on the hoodie.

“Oh my god! He got him good! He got the cop good... with the green hoodie”

Here’s the Parler video cited in the affidavit: https://t.co/Gv7Kg2xHp8 pic.twitter.com/wMBaLJxULP

Brock was charged with federal offenses including assaulting, resisting or impeding certain officers, and obstruction of law enforcement.

More than 535 people have been arrested in nearly all 50 states as of the six-month anniversary of the attack on July 6, the FBI has said. Of those individuals, at least 185 have been charged.

On Monday, a Florida man was sentenced to eight months in prison followed by 24 months of supervised release in the first felony sentencing stemming from the Capitol riot.

The attack left five people dead and caused approximately $1.5 million in damages to the Capitol building.

The FBI has a list of suspects who remain wanted in connection with the attack. Photos and videos of these individuals can be seen on the FBI’s website.