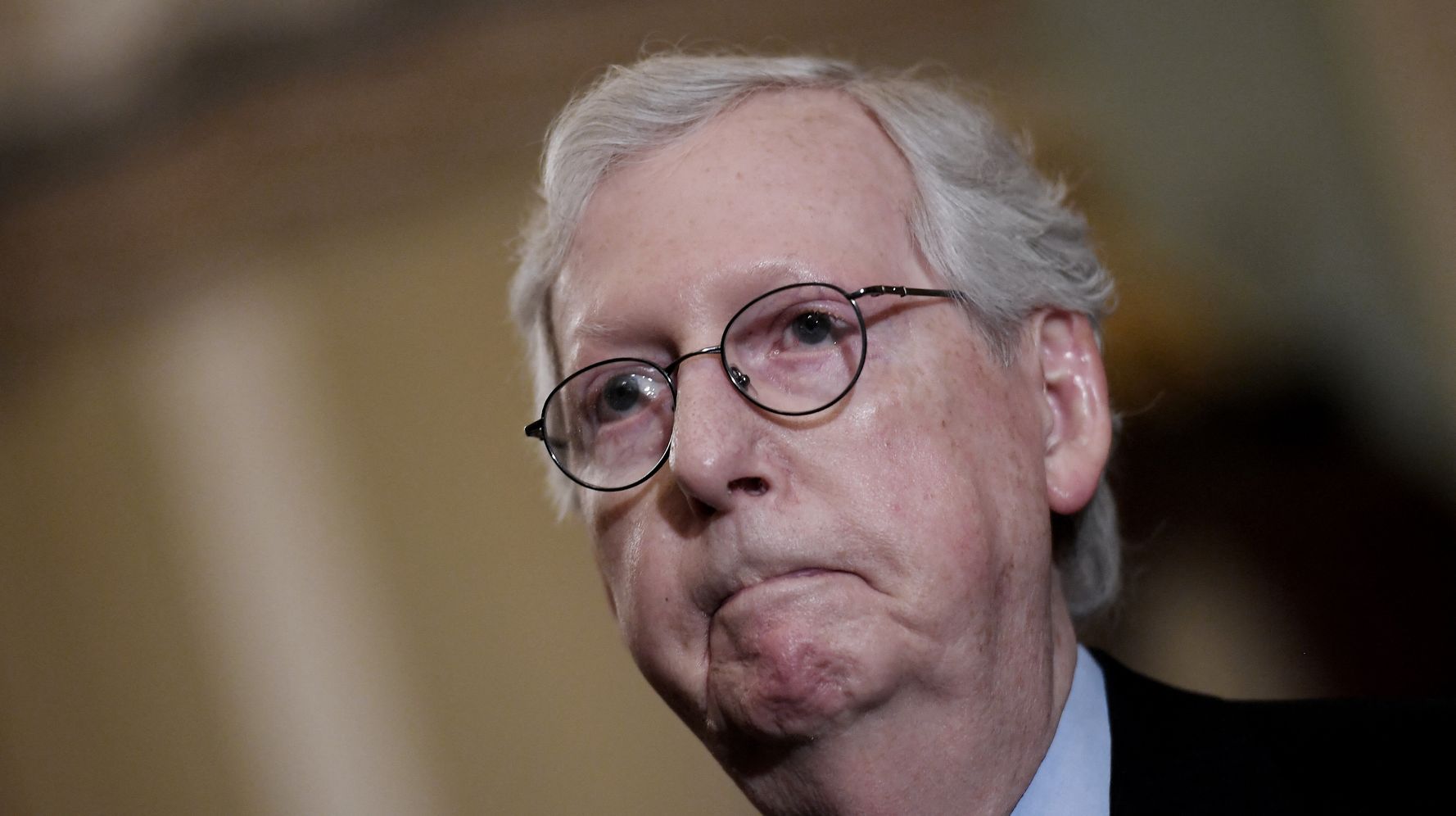 “I can only speak for myself,” the top Republican in the Senate said when asked about other GOP senators fueling vaccine hesitancy.

Senate Minority Leader Mitch McConnell (R-Ky.) again urged Americans to get vaccinated to protect themselves and their loved ones from the deadly COVID-19 virus as the pace of vaccinations slows across the country.

At a press conference on Tuesday, he said he was “perplexed” by some people’s reluctance to get vaccinated.

“We need to keep preaching that getting the vaccine is important,” said McConnell, who survived polio as a child. “We need to finish the job. Part of it is just convincing the American people of the importance of doing this. Everyone who knows the subject says that if you get the disease, chances are pretty good you’re not going to die from it if you get vaccinated.”

But when a reporter asked him about Sen. Ron Johnson (R-Wis.) and other Republicans stoking skepticism about COVID-19 vaccines, McConnell demurred.

“I can only speak for myself,” he said.

MCCONNELL: I’m perplexed by the difficulty we have in finishing the job…we need to keep preaching getting the vaccine is important…

REPORTER: It isn’t all that perplexing. There are Republicans who are casting doubt on the vaccines…

MCCONNELL: I can only speak for myself. pic.twitter.com/Oq51pbfUMe

The Biden administration’s efforts at getting more Americans vaccinated for COVID-19 have faced rising conservative opposition in recent weeks. Over the weekend, attendees at the Conservative Political Action Conference in Dallas cheered when a speaker noted the U.S. is having trouble reaching its vaccination goals.

“After all, President Trump and his supporters take credit for developing the vaccine; why the heck won’t they take advantage of taking the vaccine they received plaudits for having developed?” the senator added, referring to Operation Warp Speed, the federal vaccine development program that began last year.

But McConnell and Romney are in the minority when it comes to being loud Republican cheerleaders for COVID-19 vaccines.

Other GOP senators, who hail from states where vaccine distribution is lagging behind the rest of the country, stress that while vaccination is important, the decision to get a shot should ultimately be left up to individuals. They’re also quick to blame the Biden administration and health officials like Dr. Anthony Fauci for their constituents’ vaccine reluctance.

“I want all adults to go get their vaccinations. I think when they hear mixed messages from Dr. Fauci ... it scares them to get it. They want to be able to choose themselves,” Sen. Roger Marshall (R-Kan.) said Tuesday.

Asked if he was concerned about vaccine skepticism being aired on Fox News, Marshall, who worked as a physician before being elected to the Senate, said that “people on Fox News are presenting one side of the story. It’s a decision between a doctor and their patient, not between a Fox News host or a CNN host or Dr. Fauci.”

Sen. Tommy Tuberville (R-Ala.) said he hoped more people in his state get vaccinated but that ultimately, they “gotta make their own decision.”

“You’ve got some religious thoughts about this. Of course, you’ve got age groups ― 18, 19, 20-year-olds. We knew it was going to be hard. We’re keeping our fingers crossed,” he added.

Sen. Josh Hawley (R-Mo.) also recommended getting vaccinated but called the Biden administration’s efforts to provide Americans with information about vaccines in their communities “extremely unhelpful.”

“To them, it sounds like, whoa, the government is going to come and what, force vaccinate me?” Hawley said, citing concerns from his constituents.

But no GOP lawmaker has had a bigger role in airing skepticism about COVID-19 vaccines than Johnson, who is facing reelection next year in Wisconsin. The senator was widely criticized last month after he held an event in his state spotlighting people who said they suffered adverse reactions to the shots.

The event, health experts feared, could keep people from getting vaccinated.

But health experts in Wisconsin are furious that a U.S. senator would use his position to fuel vaccine skepticism. Milwaukee Health Commissioner Kirsten Johnson has criticized the Republican for using his platform “to raise misleading concerns regarding the COVID-19 vaccine.”

“The scientific facts about the COVID-19 vaccine remain: It is safe, it is effective, and complications are extremely rare,” she added. “More importantly, it saves lives.”