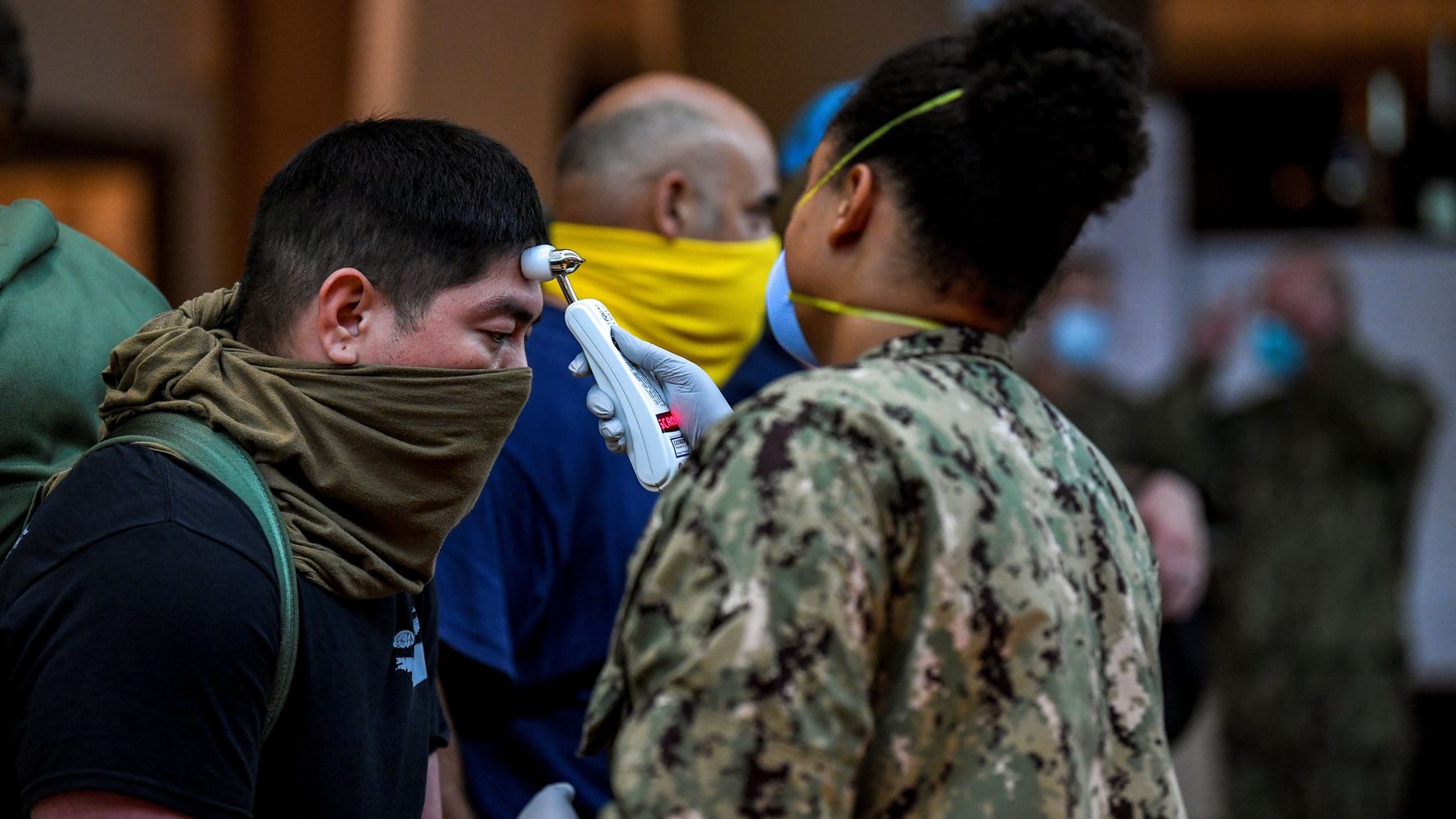 Advocates in Hawaii say the pandemic has underscored the importance of collecting and reporting racial data.

But what early numbers didn’t publicly show was which Pacific Islanders in the diverse identification category — which includes people with ethnic roots in Samoa, Micronesia and other islands but excludes Native Hawaiians — were affected the most.

In August 2020, when Hawaii recorded its greatest number of cases, people who identify as Pacific Islander represented 24% of all COVID-19 cases but accounted for just 4% of the state’s population, according to a report by the state Department of Health with academic and community groups.

The health equity report, published in March of this year, showed that the two single largest groups represented among Pacific Islander COVID-19 cases were Samoan at 29% and Chuukese at 24%.

Before the detailed data was readily and widely available, Dr. Kapono Chong-Hanssen on Kauai printed lists of people who checked the Pacific Islander box and looked at last names in an attempt to figure out specific racial backgrounds.

The feat was possible on a small island, he recalled, but it would have been quicker and easier to target communities with educational outreach in the languages they speak with more specific state data, which provides information about Native Hawaiians but lumps together other all other Pacific Islanders.

In the 1990s, prompted by concerns that Native Hawaiian students were considered overrepresented in colleges when counted as Asian, Esther Kiaʻāina worked at the federal level to separate Native Hawaiian data from Asian data. Since then, however, all other Pacific Islanders have remained in one category.

Now a member of the Honolulu City Council, Kiaʻāina introduced a resolution adopted last month urging Hawaii government agencies to go beyond minimum federal standards and get more specific when collecting racial data in one of the most racially diverse states in the nation.

Of Hawaii’s 1.5 million residents, 38% are Asian — mostly Japanese and Filipino — 26% are white, 2% are Black, and many people are multiple ethnicities, according to U.S. census figures. Native Hawaiians account for about 20% of the population.

“We’re geographically unique and we are culturally, racially, ethnically very unique in comparison to the rest of the United States,” said Chong-Hanssen, medical director of the Kauai Community Health Center and a board member of the Association of Native Hawaiian Physicians. “So the federal standards don’t really serve our public health ... and other services.”

Disaggregated data — data that is broken down into smaller groupings — is also helpful now in the effort to urge people to get vaccinated, he said.

Even though the resolution isn’t binding, Kiaʻāina said that the agencies she contacted so far are supportive. She said she plans to send the resolution to city and state agencies, asking them to comply voluntarily.

“We’re doing this not only to get the data to determine funding priorities, it’s also to promulgate policies to address the underlying disparities for whatever reason,” she said, “whether it be housing, whether it be education, whether it be health.”

On the Big Island, Dr. Wilfred Alik, who is from the Republic of the Marshall Islands and speaks Marshallese, said he made it a point to collect specific ethnicity data on his own when talking with a Pacific Islander patient who tested positive.

While groups organized collectively as Asian and Pacific Islander can bring strength in numbers to smaller communities, getting specific data is helpful for contact tracing especially with language skills and cultural sensitivity, said Alik, who works for Kaiser Permanente.

Early in the pandemic, We Are Oceania, a group that advocates for Hawaii’s Micronesian communities, asked state health officials to provide specific data for Pacific Islanders, said the group’s CEO, Josie Howard.

While they believed that data would be key to understanding how people were affected by the virus, they also worried that the data would further stigmatize Micronesian people, who are often the targets of racism in Hawaii, Howard said.

Stigmatization and privacy were also concerns for state health officials, who already collect detailed, disaggregated data beyond what’s recommended by the City Council resolution, said Joshua Quint, an epidemiologist with the Department of Health. There are limits on how to responsibly release data, including privacy issues, especially when it comes to small populations, he said.

That’s among the reasons they don’t break Pacific Islanders down in what’s available on the department’s COVID-19 website, he said.

In Hawaii, there are an estimated 15,000 to 20,000 Micronesians, who began migrating here in bigger numbers in the 1990s in search of economic and educational opportunities, according to We are Oceania. Numbers for people who are from Chuuk, one of the four states in the Federated States of Micronesia, are harder to pinpoint.

When virus cases were first diagnosed in Hawaii, health officials asked questions of those who tested positive that focused on their travel histories, Quint said. But when community spread of the virus was established, social disparities among racial and ethnic groups began to emerge.

Advocates say expanding the options in the ethnicity category is an issue that goes beyond the pandemic.

“When we are lumped together ... when it comes to services, we’re like in the back burner,” said Elisapeta Alaimaleata, executive director of the Le Fetuao Samoan Language Center.

Without specific data, it becomes harder to advocate for Samoan language education services in Hawaii public schools, she said as an example.

The ability to mark a box that’s not simply “other,” can have benefits for personal identity, said Chong-Hanssen, who is half white, a quarter Chinese and a quarter Native Hawaiian, and grew up in Iowa.

“It helps the larger population, at least in Hawaii, if not in the larger United States, understand that we exist,” he said. “These different types of Pacific Islanders are real people.”