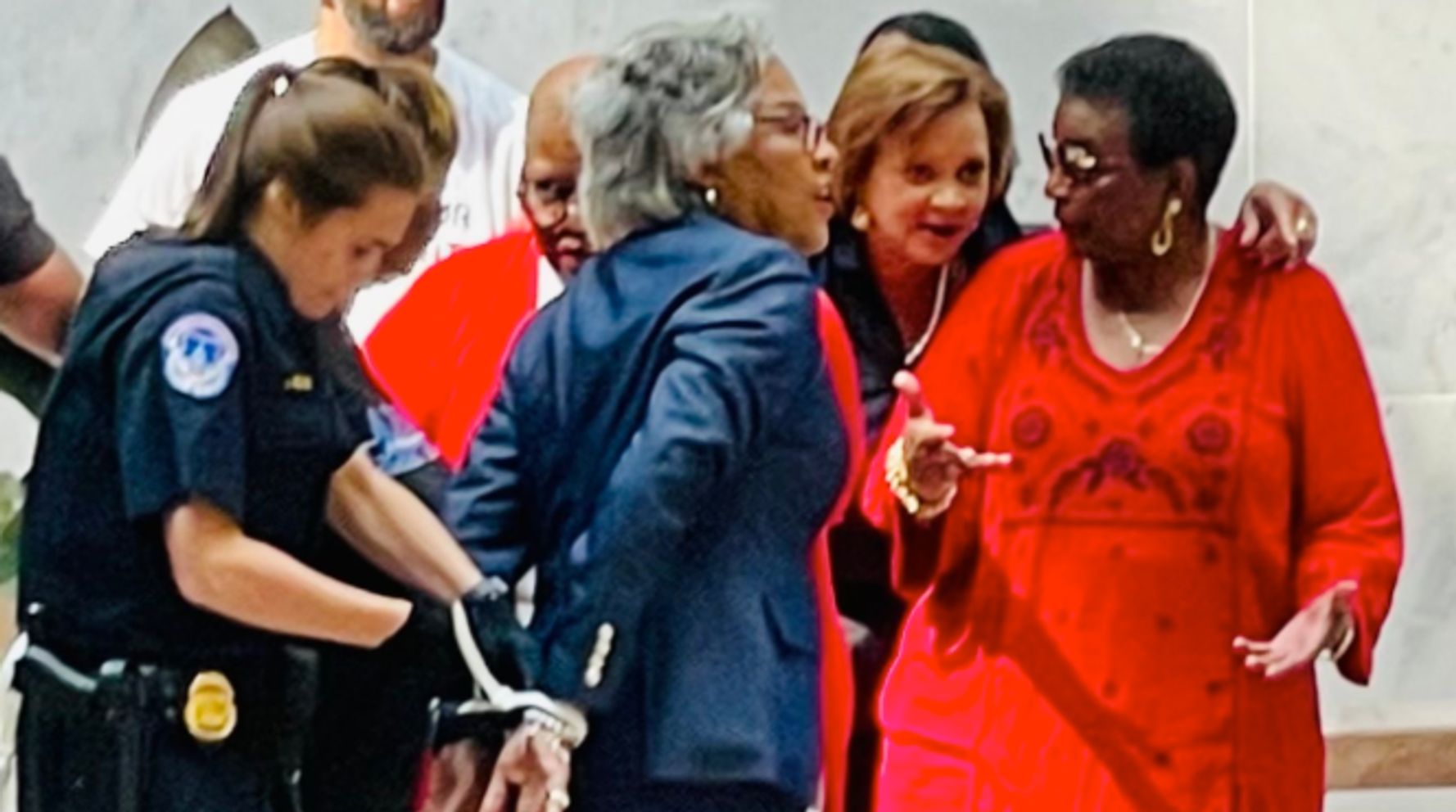 Rep. Joyce Beatty (D-Ohio) was detained by U.S. Capitol Police on Thursday while protesting for voting rights alongside other Black women at a Senate office building in Washington, D.C.

Beatty, who is chair of the Congressional Black Caucus, tweeted a photo of herself being zip-tied by police with the message: “Let the people vote. Fight for justice.”

Nine people were arrested Thursday for “illegal demonstration” in a “prohibited area” of the Capitol, according to police. Two men and seven women were brought in to Capitol Police headquarters for processing.

“I stand in solidarity with Black women and allies across the country in defense of our constitutional right to vote,” Beatty said in a statement after her arrest, saying she had been “leading a peaceful demonstration.” “We have come too far and fought too hard to see everything systematically dismantled and restricted by those who wish to silence us. Be assured that this is just the beginning.”

Beatty joined a group of civil rights activists, largely Black women, on Thursday for a “Call to Action Day” on Capitol Hill. The group gathered to condemn voter restriction legislation being pushed by Republican-led state legislatures and to urge the Senate to pass federal voting rights bills.

Before marching to the Hart Senate Office Building, Beatty spoke at a rally where she called for the passage of two key voting rights bills: the For The People Act and the John Lewis Voting Rights Act.

“We will continue to come and to stand up to protect our voting rights,” she said at the rally. “Here we are, 56 years after the passage of the Voting Rights Act of 1965, still under attack.”

Republicans in state legislatures across the country are pushing hundreds of bills to restrict voting. Such efforts have already become law in several states, including Georgia, Arkansas and Arizona.

The For the People Act would override much of Republicans’ state-level efforts by mandating states implement such measures as early voting, no-excuse absentee ballots, and automatic and same-day voter registration.

But the bill will be tough to pass since Democrats hold a slim majority in the Senate. Republicans have uniformly opposed it and key Senate Democrats refuse to back filibuster reform.

After her arrest, Beatty wrote a tweet with the hashtag #GoodTrouble, a reference to the late civil rights advocate Sen. John Lewis (D-Ga.), who famously called for people to get into “good trouble” by protesting.