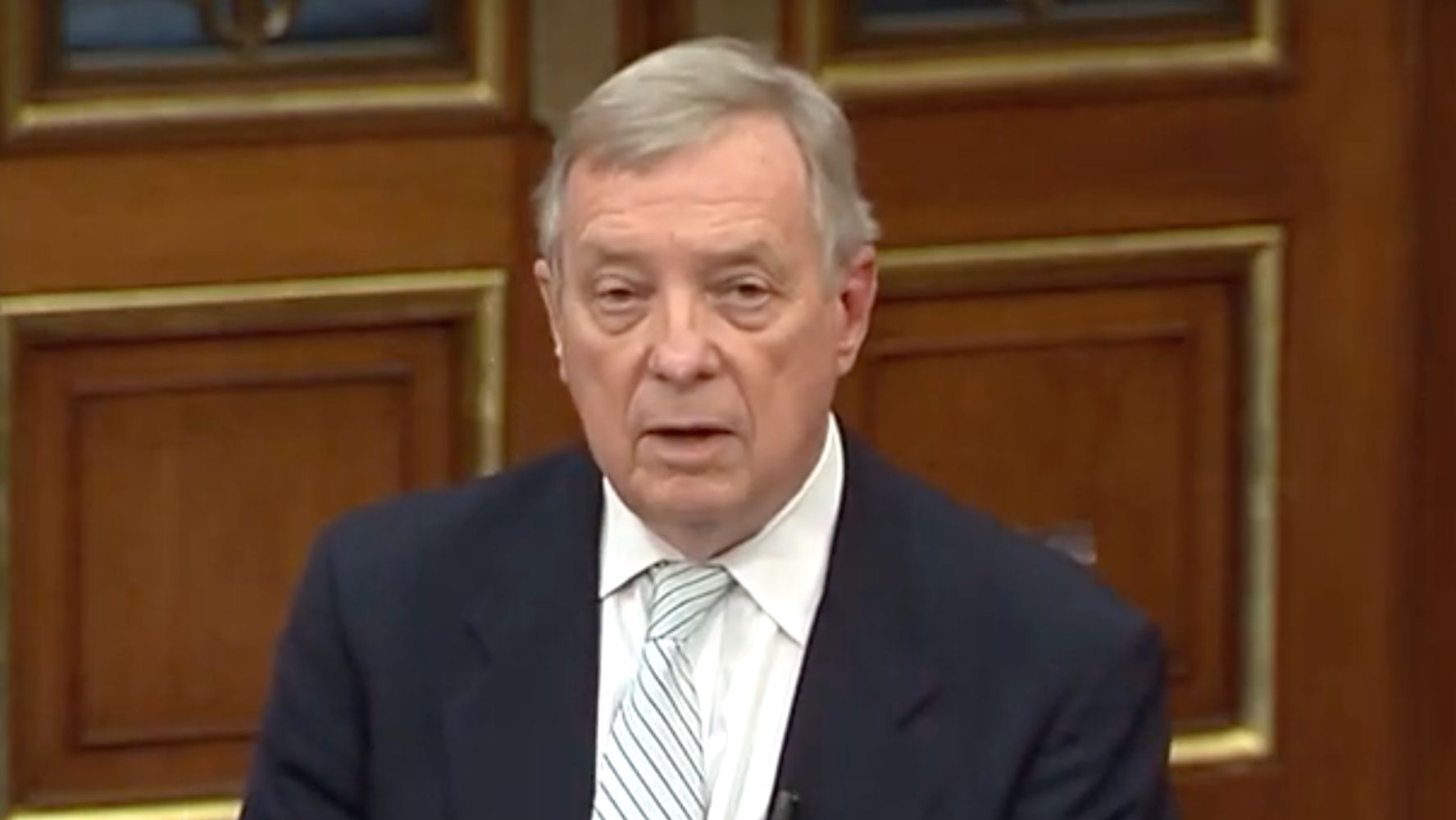 The Democrat from Illinois called out Laura Ingraham and Tucker Carlson for fueling vaccine skepticism.

Sen. Dick Durbin (D-Ill.) torched Fox News on the Senate floor Monday for allowing some of its hosts to spread unfettered vaccine skepticism.

Durbin was speaking about the lifesaving efficacy of vaccines, the concerning spread of the new COVID-19 delta variant and its severe impact on unvaccinated people.

He specifically referred to a New York Times article published Monday that highlighted how Fox News helped bring anti-vaccine rhetoric from the fringes to the conservative mainstream and how its employees were sending out mixed messages on getting vaccinated.

Some Fox News stars and executives, including owner Rupert Murdoch, have spoken about getting their shots and have encouraged others to do so. The network also released a 30-second vaccine PSA featuring hosts Steve Doocy, Harris Faulkner, Dana Perino and John Roberts.

But two Fox News personalities in particular, both of whom have reputations for spreading COVID-19 disinformation, have gone hard on the vaccine skepticism.

“There are two hosts of programs on Fox prime time that can only be characterized as anti-vax quacks,” Durbin said on the Senate floor. “I’m referring of course to Tucker Carlson and Laura Ingraham.”

“They have been spreading what I consider to be irresponsible information about vaccines across America and about the effort of this nation to deal with them.”

“Here’s the reality,” Durbin continued. “We have millions who’ve died across the world by this [virus]. We may never have an accurate count. We have hundreds of thousands who have died in the United States, and now it is said repeatedly that those who had headed to the hospital with the most serious strains of COVID-19, 99.5% of them were not vaccinated.”

Durbin said he hoped that Fox would “come to its senses.”

“If there are things that can remove you from the air for being said on a program, I certainly hope that the management of the station will caution Tucker Carlson and Laura Ingraham with the statements they have made in opposition to vaccines,” he said.

A Fox News spokesperson declined to comment on the record.