Smoking Car Flies Off A Highway And Through Power Lines 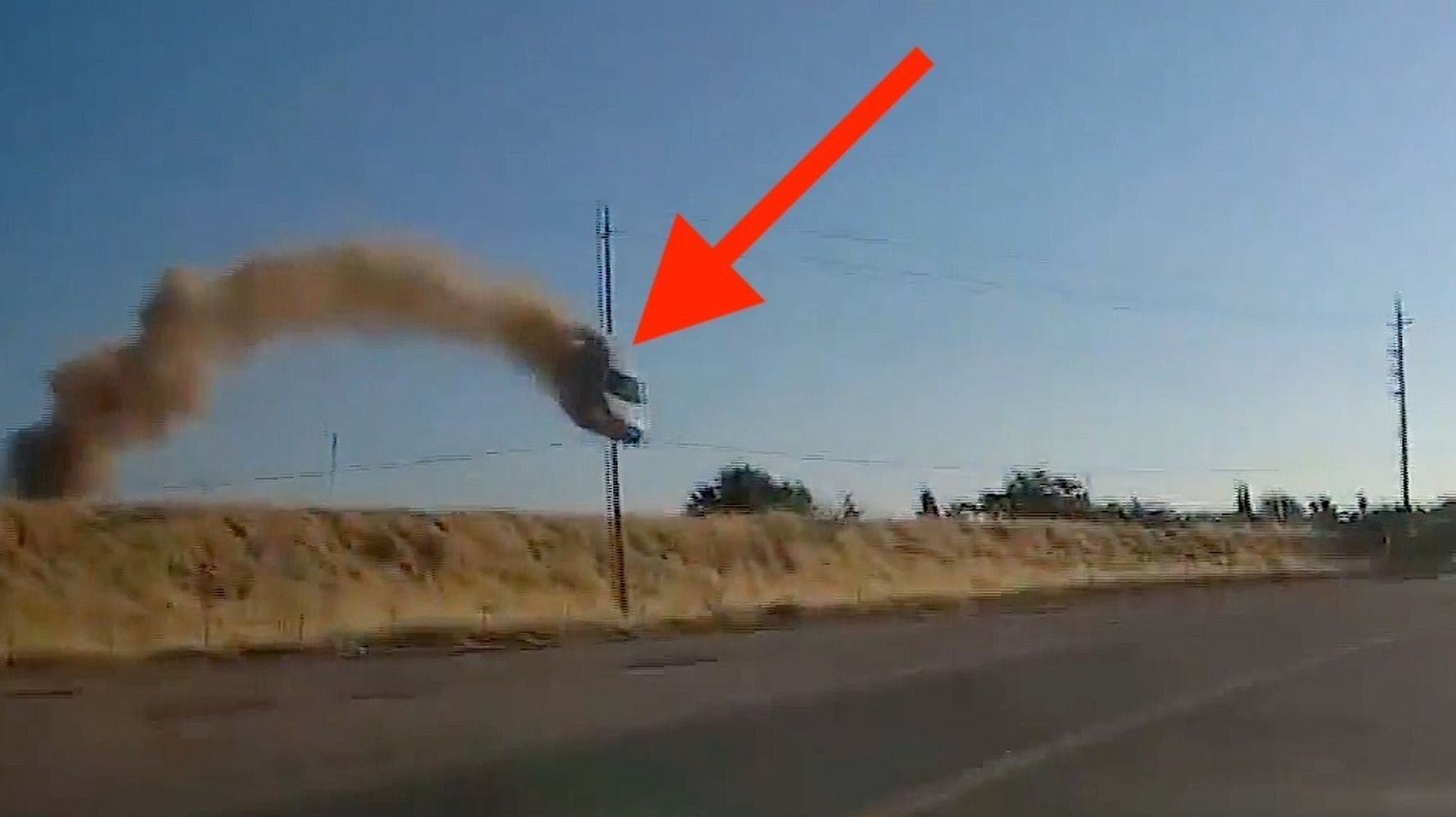 Somehow, the driver escaped with only minor injuries.

A California motorist went flying off a highway, over an embankment and through the air before crashing on the road below. The car landed hood first, tumbling over before finally stopping upside down.

Yet somehow the driver escaped with only minor injuries.

One witness who posted footage on YouTube called it a “Dukes of Hazard” launch.

YouTuber “The Life Of Mike & Fam” wrote that he ran to the wreck and was using his water bottle to douse the flames when he heard a woman groaning inside.

“I then asked if she could move and I saw her squirming but her legs were pinned between the roof and the seats,” he wrote. “She was laying face down on the passenger side of the vehicle with her head near the back window.”

He said he comforted her until help arrived.

Police told CBS 13 in Sacramento that the motorist was driving backward on Highway 99 in Yuba City after being involved in a hit-and-run crash before literally flying off the highway.

“It looks like they pretty much threaded the needle between the power lines,” Brian Conejo, who caught the incident on a nearby surveillance camera, told CBS 13.

Indeed, the car appears to have flown above the lowest power lines, but below the highest ones.

“We would have lost power, it probably would have started a fire in all that dead grass. It could have been a lot worse for them I’m sure,” Conejo said.

It’s not clear what role the motorist played in the hit and run, and police declined to tell the station if she was facing any charges.