Alone In The Sky, Pilot And Fiancee Save 17 In Tenn. Flood 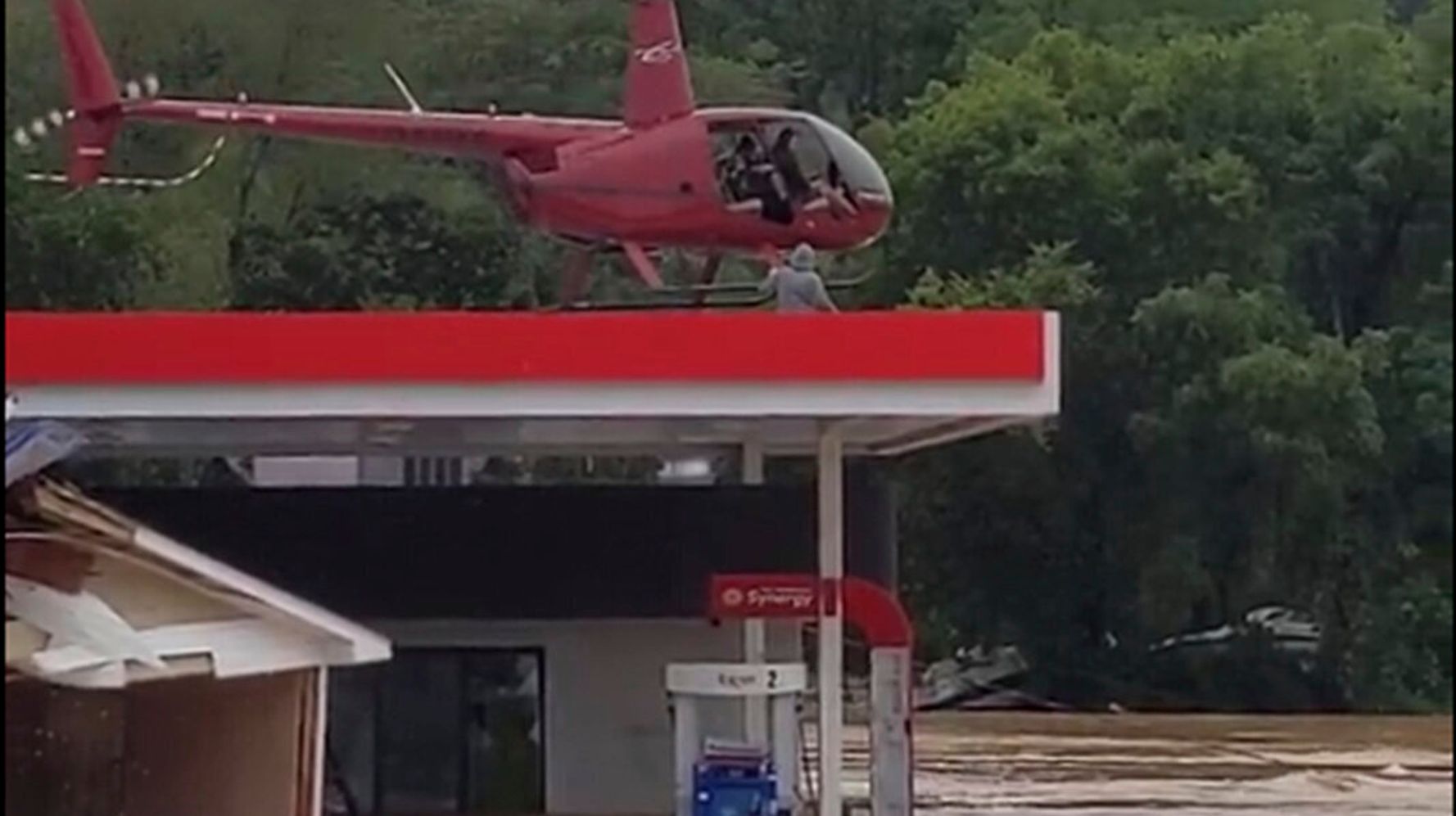 “I don’t want to lie,” hero pilot Joel Boyers said. “It was almost a little fun for me.”

NASHVILLE, Tenn. (AP) — Nashville-based helicopter pilot Joel Boyers had just finished helping his fiancee earn her pilot’s license on Saturday morning, and they were heading home to celebrate, when he received a frantic call from a woman in Pennsylvania. Her brother’s home in Waverly, Tennessee, was underwater and he was trapped on a roof with his daughters. Could Boyers help?

“I thought, ‘How would I feel if I told her I’m not even going to try?’” he said in a Thursday interview. “She just so happened to call the right person, because I’m the only person crazy enough to even try to do that.”

The weather was terrible and Boyers had to contend with hills and high-voltage power lines on the way to Waverly, a small city about 60 miles (96 kilometers) west of Nashville. Just before reaching the town, he set down in a field to get his bearings and realized the internet was down, making it impossible to pinpoint the house he was looking for. He flew on anyway.

“As soon as I popped over the ridge, it was nothing but tan raging water below me,” he said. “There were two houses that were on fire. There were cars in trees. There was tons of debris. Any way debris could get caught, it was. I knew no one was going to be able to swim in that.”

A few people were out in boats, rescuing the stranded, and one person was helping with a jet ski, but Boyers was alone in the sky. He started flying up and down the flooded creek, grabbing anyone he could.

Boyers, who co-owns Helistar Aviation, said he ended up rescuing 17 people that day. He’s proud of that, but said he’s the one who should be thanking them. “I literally prayed just days before this that God would give me some meaning in my life, and then I end up getting this call,” he said.

He has flown over disasters, including floods, before, but “the cops are usually there, and my hands are tied. This time there weren’t any.”

Saturday’s flooding killed 20 people, taking out houses, roads, cellphone towers and telephone lines, with rainfall that more than tripled forecasts and shattered the state record for one-day rainfall. More than 270 homes were destroyed and 160 took major damage, according to the Humphreys County Emergency Management Agency.

To perform the rescues, Boyers had to maneuver around power lines, balance his skids on sloped rooftops, and hover over floodwaters. It took all the skills learned over 16 years flying, including for a television news station, for documentaries and for country music stars.

It was also a powerful experience to go through with his fiancee, Melody Among, who acted as his co-pilot, spotting power lines, giving him sips of water and even taking the controls at times. “Her and I will be bonded to those people for life,” he said.

At one point, he spotted four people on the ledge of a roof of a farm supply store where he was able to set down one skid, making three different trips to pick them all up. One was a woman who said she had watched her husband get swept away and had become separated from her daughter, who was on the roof of a nearby gas station. Boyers touched down and rescued the daughter too.

The rescues of four of those people were caught on video by Jeani Rice-Cranford, who lives on a nearby hilltop and helped shelter the victims in her home afterward. “I’ve never seen anything like that,” Rice-Cranford said. “Not in real life.”

Rice-Cranford and others had been lined up along the roadside — helplessly watching and listening to the screams — for more than two hours when Boyers showed up. During the rescue “there was a gust of wind, and the helicopter kind of shifted,” Rice-Cranford said. “We all just held our breath. We were just watching with our mouths open, hoping and praying that he would be able to get them.”

That rescue stands out in Among’s mind. They got the mother first, “then we got the daughter and they reunited on the ground,” she said. “They were both hugging each other. It was very emotional.”

At another point, they saw a house on a rise, surrounded by floodwaters but not yet engulfed. Boyers touched down, picking up two men, and saw a girl in the window who refused to come out. He flew out, dropped off one of the men and Among, and brought the other man back with him to hoist the girl into the helicopter. When he landed again, he was able to rescue the girl and a woman who was with her.

“I’m in a little hole with power lines all around. It takes enormous energy to take off vertically like that,” he said. So he left the man briefly and then came back for him. “I just kept doing that over and over again until I was low on fuel.”

All the time, he knew he really was not supposed to be doing any of this.

“Every landing was pretty dangerous,” he said. He’s already had a conversation with the Federal Aviation Administration about it.

“I know the FAA can take my license away if they see me flying like that,” he said. He assured them that he did not charge anyone for the rescue, no one was hurt, the helicopter was not damaged, and there were no law enforcement helicopters in the area. After he left Waverly, he stopped at an airport in the nearby town of Dickson to refuel and heard that the state police and National Guard still had not flown in because of the bad weather.

Boyers said he heard from the woman who originally called him in her desperate search for a helicopter anywhere near Waverly. She said her family was safe, but he doesn’t even know if he rescued them or someone else did.

Pulling people from the floodwaters isn’t the scariest thing he’s ever done, Boyers said. That would have to be flying through clouds on instruments only, with some of those instruments out of order.

“Literally, it just felt like I was working,” he said. “Obviously I tabled the feeling wrenching in everyone’s stomach because of the devastation.”