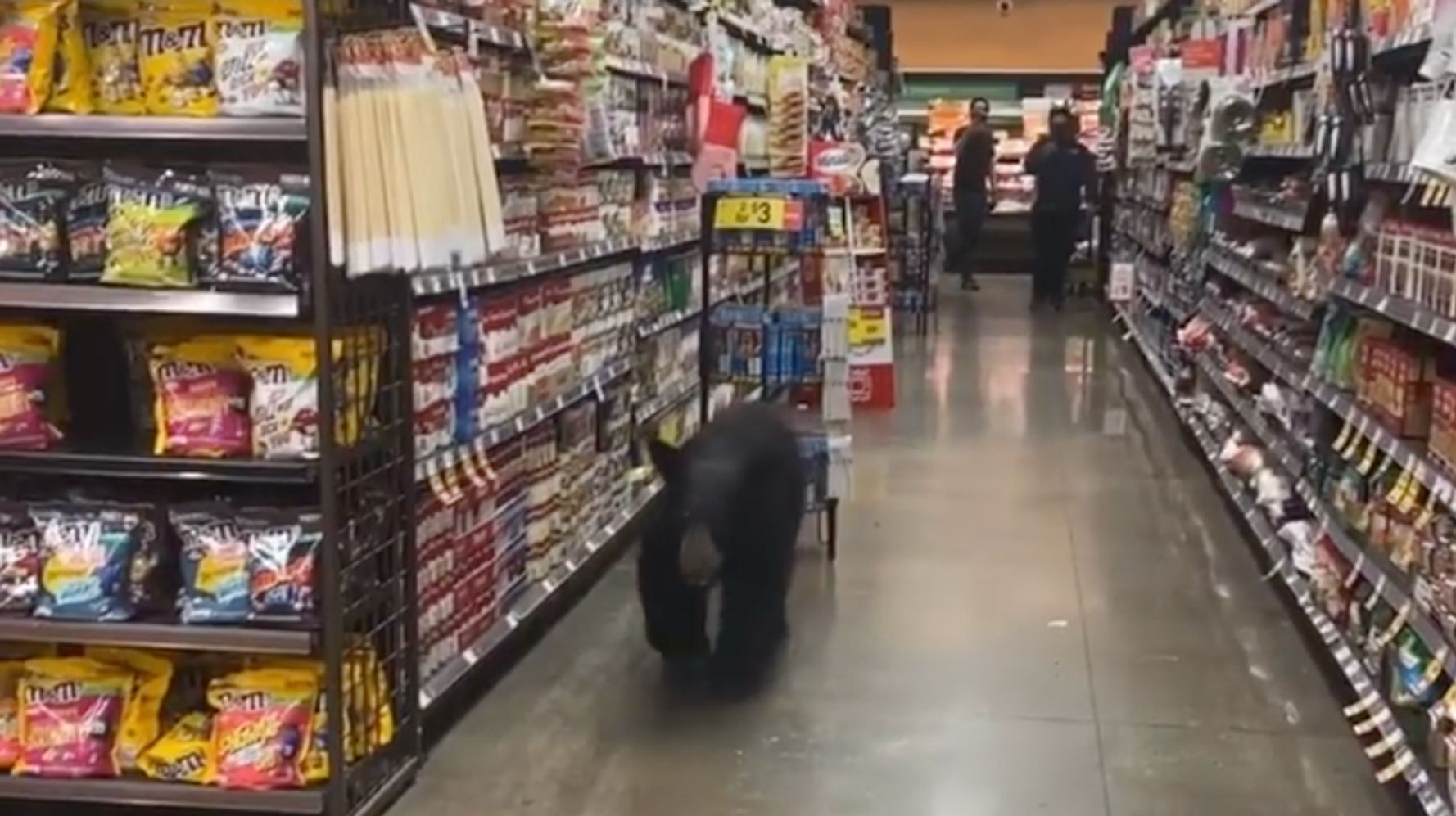 The bear was seen roaming the aisles of a Ralph’s supermarket, much to the surprise of shoppers.

Early morning shoppers at a grocery store in California were joined by a wandering bear on Saturday.

Footage showed the animal walking around a Ralph’s supermarket in the Porter Ranch neighborhood of Los Angeles before eventually leaving empty-handed via the store’s front doors.

“I thought the video was amazing,” David Balen of the Porter Ranch neighborhood council told CBS Los Angeles. “I’m glad that nobody came in contact with the bear. Anything can happen.”

The California Department of Fish and Wildlife (CDFW) received word of multiple sightings of the adult bear. The agency eventually found the 120-pound animal behind a nearby Walmart, where it was hiding under a trailer.

After tranquilizing the bear, the agency transported it to the Angeles National Forest for release, a CDFW officer told CBS.

Actor Tisha Campbell said she was in Ralph’s at the same time as the furry visitor and posted video of the surprising encounter online:

Another person, Maria Campbell, said she helped to shoo the bear out of the store after seeing it dash inside.

“Haven’t even had coffee yet,” she wrote.