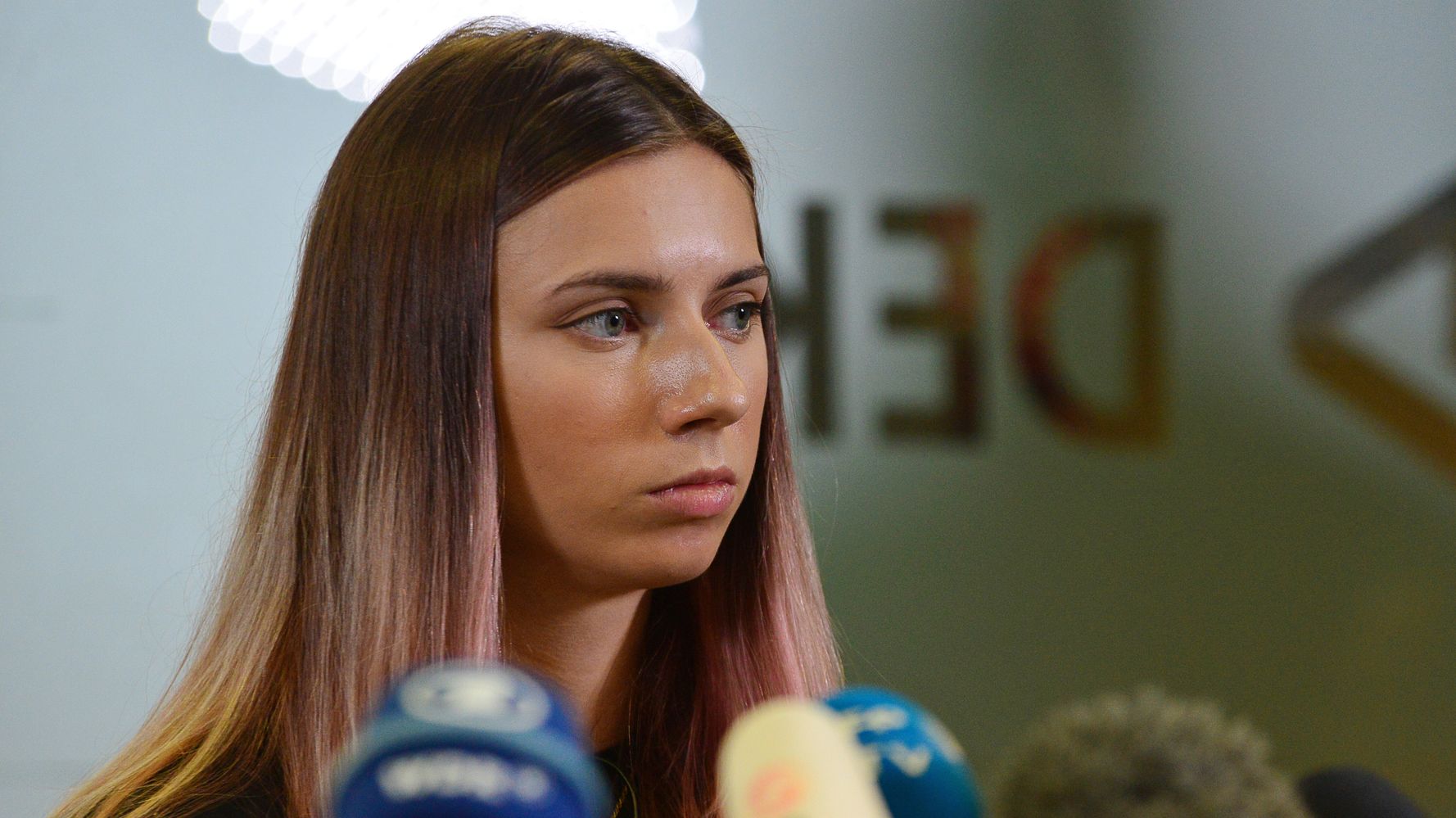 The runner, Krystsina Tsimanouskaya, had posted a message to social media criticizing the way her team was managed.

WARSAW, Poland (AP) — A Belarusian Olympic sprinter who criticized her coaches at the Tokyo Games said Thursday that she showed police a translated plea for help on her phone as she tried to avoid being put on a plane home, where she feared reprisals from an authoritarian government.

Krystsina Tsimanouskaya described a dramatic series of events at the Olympics that led her to flee to Poland, where she arrived Wednesday.

After posting a message on social media that criticized the way her team was being managed, Tsimanouskaya said she was told to pack her bags. Team officials told her to say she was injured and had to go home early.

On her way to the airport, she spoke briefly to her grandmother, who explained that there was a massive backlash against her in the media back in Belarus, including reports that she was mentally ill. Her grandmother, she said, advised her not to return.

At the airport, she sought help from police, translating a plea on her phone and showing it to them.

As the drama unfolded, European countries offered to help her, and the runner ended up at the Polish embassy, where she received a humanitarian visa. Many of Belarus’ activists have fled to Poland to avoid a brutal crackdown by President Alexander Lukashenko’s government.

At a news conference in Warsaw on Thursday, Tsimanouskaya thanked the people who supported her during the standoff.

“It was the whole world, and these people make me much stronger,” she said.

She also had a message for her fellow Belarusians.

“I want to tell all Belarusians not to be afraid and, if they’re under pressure, speak out,” said the runner, who spoke in both English and Russian at the news conference.

Still, she expressed concern for the safety of her family back home. Her husband, Arseni Zdanevich, fled Belarus this week shortly after his wife said she would not be returning. Poland has also granted him a visa.

The events have drawn more attention to Belarus’ uncompromising authoritarian government. When the country was rocked by months of protests following an election that handed Lukashenko a sixth term but that the opposition and the West saw as rigged, authorities responded with a sweeping crackdown. Some 35,000 people were arrested and thousands of demonstrators beaten. The government has also targeted independent media and opposition figures.

In a sign of the lengths authorities are willing to go to silence their critics, Belarus officials diverted a passenger jet to the capital of Minsk in May and arrested a dissident journalist who was on board.

But Tsimaounskaya has insisted that she is no activist and only wanted to be allowed to compete in her preferred event at the Olympics. The standoff began after she complained that she was scheduled to participate in a race she had never competed in.

The 24-year-old said Thursday she hadn’t thought about seeking political asylum but did hope to figure out soon how she might continue her career. She said she will speak with Polish officials on Friday about her next steps.

She added that she hoped the Tokyo Games would not be her last Olympics — and that she wants to return home one day, when it is safe.

While Tsimanouskaya’s criticism was aimed at team officials, her defiance may have not sit well with political authorities. Lukashenko, who led the Belarus National Olympic Committee for almost a quarter-century before handing over the job to his son in February, has a keen interest in sports, seeing it as a key element of national prestige.

“I just wanted to run at the Olympics, it was my dream,” Tsimanouskaya said Thursday. “I really aspired to do that, and I hope that I can continue (doing) that.”