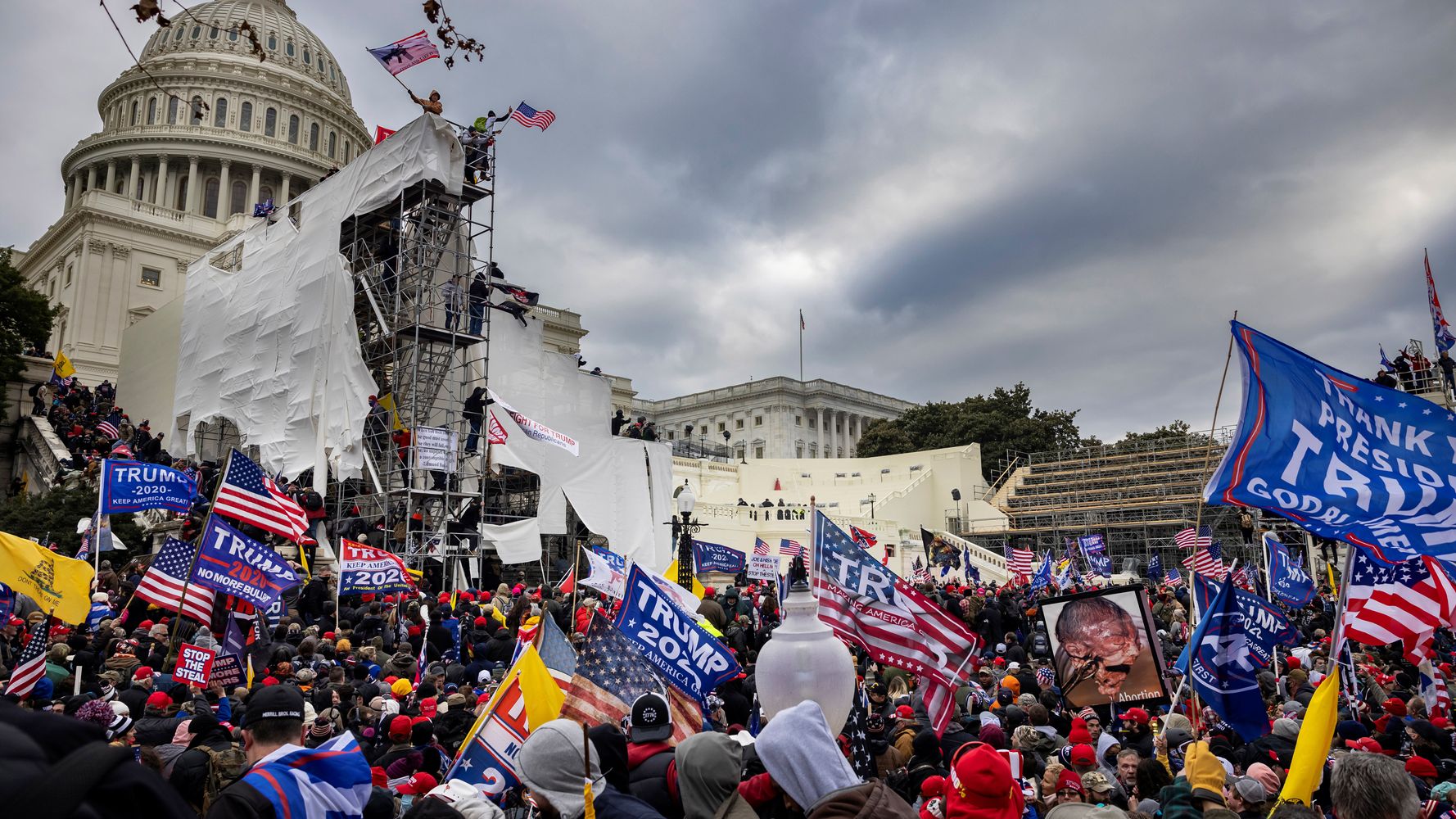 A police investigation recently cleared Lt. Michael Byrd of any wrongdoing in the Jan. 6 shooting.

The Capitol Police officer whom officials recently cleared of wrongdoing in the fatal shooting of a Jan. 6 rioter revealed his identity for the first time Thursday in a sit-down interview.

Lt. Michael Byrd, who shot and killed Ashli Babbitt while she was climbing through the broken window of a door into the House Speaker’s Lobby during the Capitol riot, sat down with the NBC Nightly News with Lester Holt to share his point of view on the events of that day.

“I tried to wait as long as I could,” Byrd, a 28-year veteran of the Capitol Police force, told Holt about the moments leading up to him pulling the trigger. “I hoped and prayed no one tried to enter through those doors. But their failure to comply required me to take the appropriate action to save the lives of members of Congress and myself and my fellow officers.”

NOW: Join us on @NBCNightlyNews for @LesterHoltNBC's exclusive interview with Lieutenant Michael Byrd — the U.S. Capitol Police officer who shot and killed Ashli Babbitt while defending the U.S. House chamber during the Capitol attack. pic.twitter.com/mgub2ZcYdQ

“I spent countless years preparing for such a moment. You ultimately hope that moment never occurs, but you prepare as best you can,” he said. “I know that day I saved countless lives. I know members of Congress, as well as my fellow officers and staff, were in jeopardy and in serious danger. And that’s my job.”

The interview comes three days after Capitol Police said its internal probe into Babbitt’s shooting had cleared Byrd of any unlawful conduct in his use of force. The investigation drew that conclusion after interviewing multiple witnesses, reviewing video footage of the incident and listening to radio calls between officers from that day.

Capitol Police declined to name Byrd at the time, citing concern for his safety, but his name floated around some corners of the internet before he publicly identified himself Thursday. Byrd’s attorney, Mark Schamel, said his client was already dealing with “many credible death threats” and other “horrific threats” that had forced him to leave his home.

Byrd, who is Black, said some of the threats were racist. Others talked about “killing me, cutting off my head ... very vicious and cruel things,” he told Holt.

Former President Donald Trump, who incited the riot, also spoke threateningly about the officer earlier this month, saying, “We know who he is,” and “There must be justice!”

Holt asked Byrd how it felt to hear those words from Trump. Byrd responded: “If he was in the room or anywhere and I’m responsible for him, I was prepared to do the same thing for him and his family.” He would do the same today, he added, “because it’s my job.”

Babbitt, a 35-year-old Air Force veteran from San Diego, was one of hundreds of Trump supporters who stormed the U.S. Capitol on Jan. 6 as Congress gathered to formalize now-President Joe Biden’s victory over Trump in the 2020 presidential election. Byrd said Thursday that he repeatedly yelled at her and the rest of the mob to get back from the door, which protected around 60 to 80 members of the House.

So far, more than 600 people have been charged with federal crimes related to the insurrection.