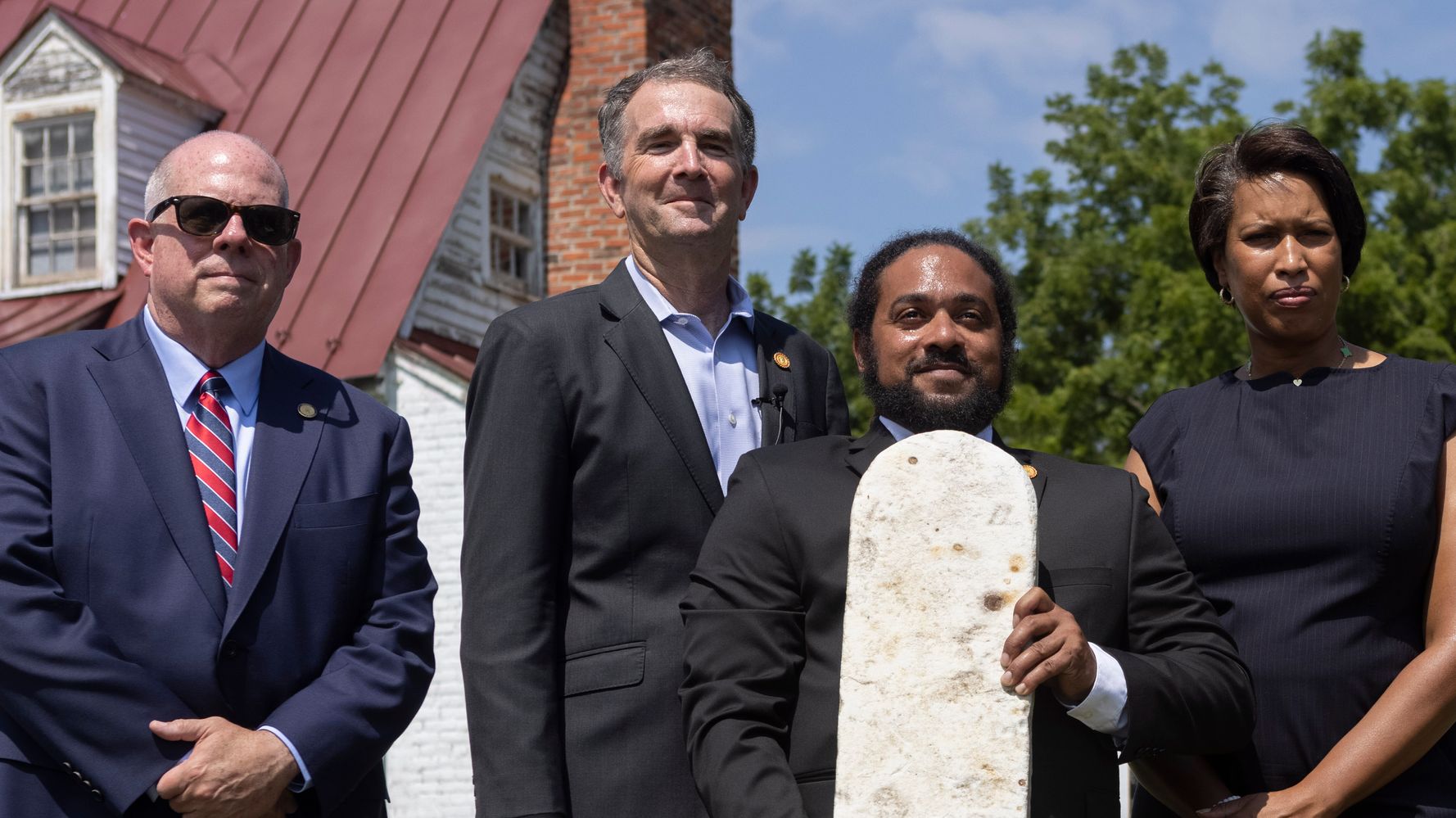 The grave markers will be part of a memorial garden honoring the 37,000 people buried at the original cemetery.

KING GEORGE, Va. (AP) — Dozens of headstones from a historic African American cemetery in the nation’s capital that were used as erosion control along the Virginia shoreline of the Potomac River are being relocated to a memorial garden in Maryland.

Maryland Gov. Larry Hogan, Virginia Gov. Ralph Northam and Washington Mayor Muriel Bowser attended a ceremony in Caledon State Park in King George on Monday to mark the transfer of the first 55 headstones from Virginia to Maryland, officials said. The grave markers will be part of a memorial garden at National Harmony Memorial Park in Prince George’s County honoring the 37,000 people buried at the original cemetery.

The Columbian Harmony Cemetery was established in 1859 and was the most prominent burial site for African Americans in Washington, but it was moved in the 1960s to make room for development including the Rhode Island Avenue-Brentwood Metro station. Remains were moved to a memorial garden in Maryland, but the gravestones were sold or given away, officials said.

Grave markers ended up along a 2-mile (3-kilometer) stretch of the river of King George County, where Virginia Sen. Richard Stuart discovered them in 2016 while exploring a property he had just purchased. Historians helped Stuart to learn about the origin of the gravestones and he then worked with other state leaders to return them to a proper memorial site.

Officials from Virginia, Maryland, and the District of Columbia are working with Hyattsville, Maryland-based History, Arts, and Science Action Network, a restorative justice nonprofit organization that has been working with descendants and researching the stories of those buried in the cemetery.

This fall, National Guard members from Maryland and Virginia will recover more headstones in the area where the first artifacts were found, officials said. Virginia approved $4 million for recovery and restoration of the gravestones and the creation of a shoreline memorial, Northam’s office said.