Hostile School Board Meetings Have Members Calling It Quits 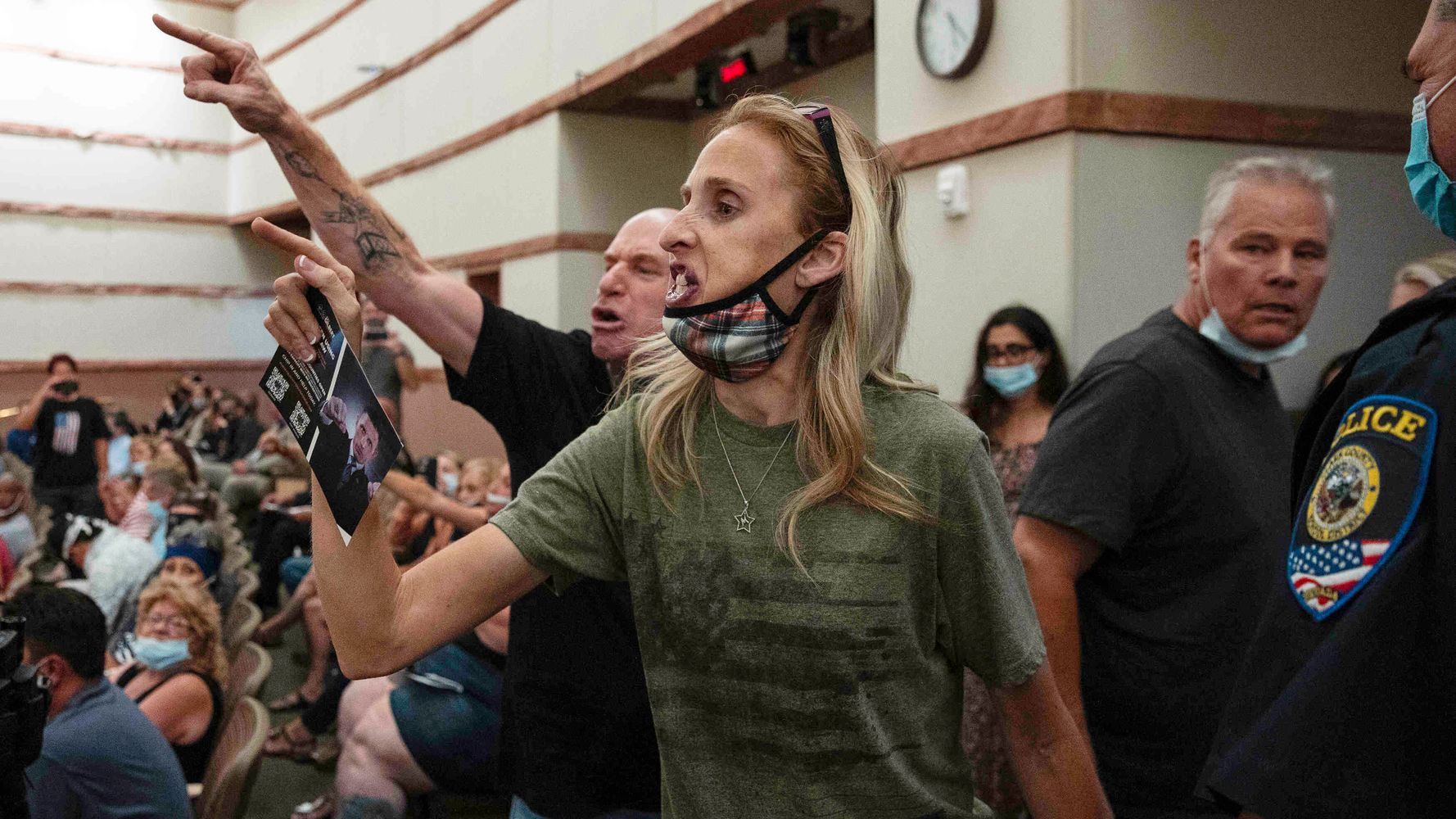 A growing number of school board members across the U.S. are resigning as meetings devolve into shouting contests.

A Nevada school board member said he had thoughts of suicide before stepping down amid threats and harassment. In Virginia, a board member resigned over what she saw as politics driving decisions on masks. The vitriol at board meetings in Wisconsin had one member fearing he would find his tires slashed.

School board members are largely unpaid volunteers, traditionally former educators and parents who step forward to shape school policy, choose a superintendent and review the budget. But a growing number are resigning or questioning their willingness to serve as meetings have devolved into shouting contests between deeply political constituencies over how racial issues are taught, masks in schools, and COVID-19 vaccines and testing requirements.

In his letter of resignation from Wisconsin’s Oconomowoc Area School Board, Rick Grothaus said its work had become “toxic and impossible to do.”

“When I got on, I knew it would be difficult,” Grothaus, a retired educator, said by phone. “But I wasn’t ready or prepared for the vitriolic response that would occur, especially now that the pandemic seemed to just bring everything out in a very, very harsh way. It made it impossible to really do any kind of meaningful work.”

He resigned Aug. 15 along with two other members, including Dan Raasch, who wondered if his car and windshield would be intact after meetings.

The National School Boards Association’s interim executive director, Chip Slaven, said there isn’t evidence of widespread departures, but he and several board members reached by The Associated Press said the charged political climate that has seeped from the national stage into their meetings has made a difficult job even more challenging, if not impossible.

In Vail, Arizona, speakers at a recent meeting took turns blasting school board members over masks, vaccines and discussions of race in schools — even though the board had no plans to act on, or even discuss, any of those topics. “It’s my constitutional right to be as mean as I want to you guys,” one woman said.

The board moved on after more than an hour, only to be interrupted by more shouting. Board member Allison Pratt recalled thinking that if she weren’t already on the board, she wouldn’t aspire to be.

“There is starting to be an inherent distrust for school boards, that there’s some notion that we are out to indoctrinate children or to undermine parents or things like that, when we are on the same team,” said Pratt, who has been on the board six years. “We are here to help children.”

Pratt said she strives to view issues from the perspective of even the most extreme members of the community, and she has no plans to resign. But she has stepped up security at her home.

Police have been called to intervene in places including Vail, where parents protesting a mask mandate pushed their way into a board room in April, and in Mesa County, Colorado, where Doug Levinson was among school board members escorted to their cars by officers who had been unable to de-escalate a raucous Aug. 17 meeting. “Why am I doing this?” Levinson asked himself.

Kurt Thigpen wrote in leaving the Washoe County, Nevada, school board that he considered suicide amid relentless bullying and threats led by people who didn’t live in the county, let alone have children in the schools. “I was constantly looking over my shoulder,” he wrote in July.

Susan Crenshaw resigned from the Craig County, Virginia, school board this month with more than a year left in her term after being “blindsided,” she said, by her board’s decision to defy the state’s mask mandate in a move that she said felt more driven by political than educational considerations.

“This is something that’s come into play against government overreach and tyranny and other things that have absolutely nothing to do with the education of children,” said Crenshaw, who taught for 31 years and whose district has just 500 students. “It’s a bigger issue than the mask. I just feel like the mask is the spark or trigger that got this dialogue started.”

While experts say the widespread use of masks can effectively limit virus transmission in school buildings, opponents say they restrict breathing and the ability of children to read social cues. Conflicts over masks have put some boards in Florida, Texas and Arizona at odds with their Republican governors.

Vail board President Jon Aitken is among them, targeted by critics who say the mental and physical health of students has declined under pandemic restrictions. The Arizona board has faced contentious issues in recent years, including the Red for Ed movement three years ago, when 50,000 people rallied at the state Capitol for increased education funding. But he said this is different.

“That was a very real issue, with legitimate concerns on both sides,” Aitken said. Much of what is said today, is false or simply made up, he said.

Even so, Slaven said many sitting board members are more enthusiastic than ever because their work, amid a public health crisis, has taken on new importance.

“You actually now know what you do is important. The decisions you make as an elected official have ramifications,” he said.