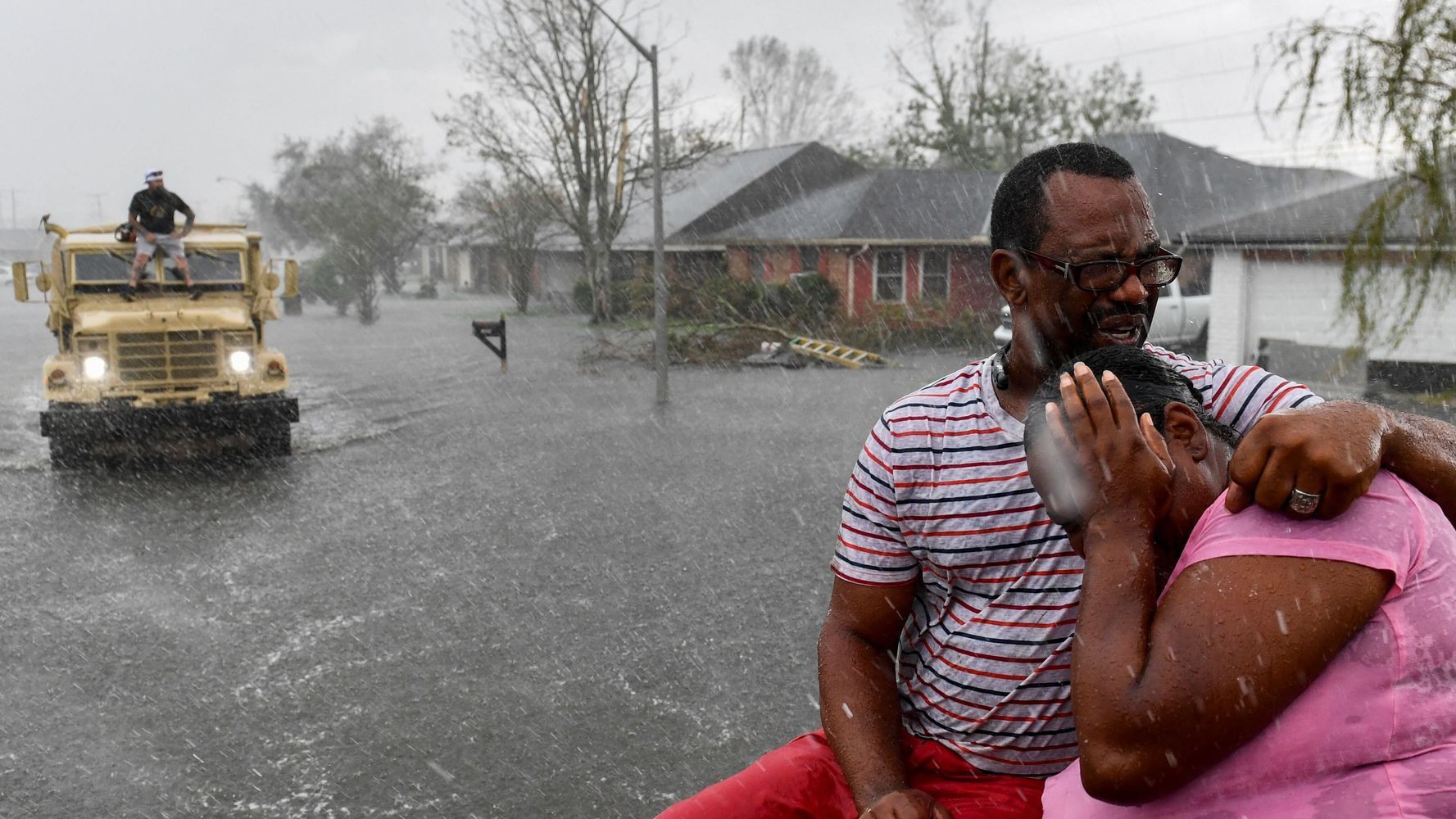 Louisiana communities battered by Hurricane Ida are now dealing with the possibility of weeks without power in the stifling, late-summer heat.

NEW ORLEANS (AP) — Hundreds of thousands of Louisianans sweltered in the aftermath of Hurricane Ida on Tuesday with no electricity, no tap water, precious little gasoline and no clear idea of when things might improve.

Long lines that wrapped around the block formed at the few gas stations that had fuel and generator power to pump it. People cleared rotting food out of refrigerators. Neighbors shared generators and borrowed buckets of swimming pool water to bathe or to flush toilets.

“We have a lot of work ahead of us and no one is under the illusion that this is going to be a short process,” Gov. John Bel Edwards said as the cleanup and rebuilding began across the soggy region in the oppressive late-summer heat.

New Orleans officials announced seven places around the city where people could get a meal and sit in air conditioning. The city was also using 70 transit buses as cooling sites and will have drive-thru food, water and ice distribution locations set up on Wednesday, Mayor LaToya Cantrell said.

Cantrell also ordered a nighttime curfew Tuesday, calling it an effort to prevent crime after Hurricane Ida devastated the power system and left the city in darkness. Police Chief Shaun Ferguson said there had been some arrests for stealing.

The mayor also said she expects the main power company Entergy to be able to provide some electricity to the city by Wednesday evening, but stressed that doesn’t mean a quick citywide restoration. Entergy was looking at two options to “begin powering critical infrastructure in the area such as hospitals, nursing homes and first responders,” the company said in a news release.

Cantrell acknowledged frustration in the days ahead.

“We know it’s hot. We know we do not have any power, and that continues to be a priority,” she told a news conference.

Edwards said state officials also were working to set up food, water and ice distribution. The governor’s office also said discussions were underway about establishing cooling stations and places where people on oxygen could plug in their machines, but officials had no details on when those might be up and running.

More than 1 million homes and businesses in Louisiana and Mississippi — including all of New Orleans — were left without power when Ida slammed the electric grid on Sunday with its 150 mph (240 kph) winds, toppling a major transmission tower and knocking out thousands of miles of lines and hundreds of substations.

An estimated 25,000-plus utility workers labored to restore electricity, but officials said it could take weeks.

With water treatment plants overwhelmed by floodwaters or crippled by power outages, some places were also facing shortages of drinking water. About 441,000 people in 17 parishes had no water, and an additional 319,000 were under boil-water advisories, federal officials said.

The number of deaths climbed to at least four in Louisiana and Mississippi, including two people killed Monday night when seven vehicles plunged into a 20-foot-deep (6-meter-deep) hole near Lucedale, Mississippi, where a highway had collapsed after torrential rains.

Edwards said he expects the death toll to rise.

In Slidell, crews searched for a 71-year-old man who was attacked by an alligator that tore off his arm as he walked through Ida’s floodwaters. His wife pulled him to the steps of the home and paddled away to get help, but when she returned, he was gone, authorities said.

In New Orleans, drivers lined up for roughly a quarter-mile, waiting to get into a Costco that was one of the few spots in the city with gasoline. At other gas stations, motorists occasionally pulled up to the pumps, saw the handles covered in plastic bags and drove off.

Renell Debose spent a week suffering in the New Orleans Superdome after 2005′s Hurricane Katrina, which killed 1,800 people and left the city nearly uninhabitable. She said she is willing to give it a few days without electricity, but no more than that.

“I love my city. I’m built for this. But I can’t make it without any air conditioning,” she said.

Michael Pinkrah used his dwindling fuel to find food. He cradled his 3-week-old son in the back seat of an SUV and his 2-year-old daughter played in the front seat as his wife stood in a long line in the sweltering heat to get into one of the few grocery stores open in the city.

Pinkrah said he and his wife thought about evacuating but couldn’t find a hotel room. They found out about the open store through social media. But even that link was tenuous.

“We can’t charge our electronic devices to keep in contact with people. And without that, all of the communication just fails,” he said.

In hard-hit Houma, the dismal reality of life without air conditioning, refrigeration or other more basic supplies began to sink in.

“Our desperate need right now is tarps, gasoline for generators, food, water,” pastor Chad Ducote said. He said a church group from Mississippi arrived with food and supplies, and neighbors came to his pool to scoop up buckets of water.

“The people down here are just doing what they can. They don’t have anything,” he said.

Adding to the misery was the steamy weather. A heat advisory was issued for New Orleans and the rest of the region, with forecasters saying the combination of high temperatures and humidity could make it feel like 105 degrees Fahrenheit (41 degrees Celsius) on Tuesday and 106 on Wednesday.

Cynthia Andrews couldn’t go back to her New Orleans home if she wanted to. She was in a wheelchair, tethered by a power cord to the generator system running the elevators and hallway lights at the Le Meridien hotel.

When the power went out Sunday, the machine that helps Andrews breathe after a lung collapse in 2018 stopped working. The hotel let her stay in the lobby, giving her a cot after she spent nearly a whole night in her wheelchair.

“It was so scary, but as long as this thing keeps running, I’ll be OK,” she said.