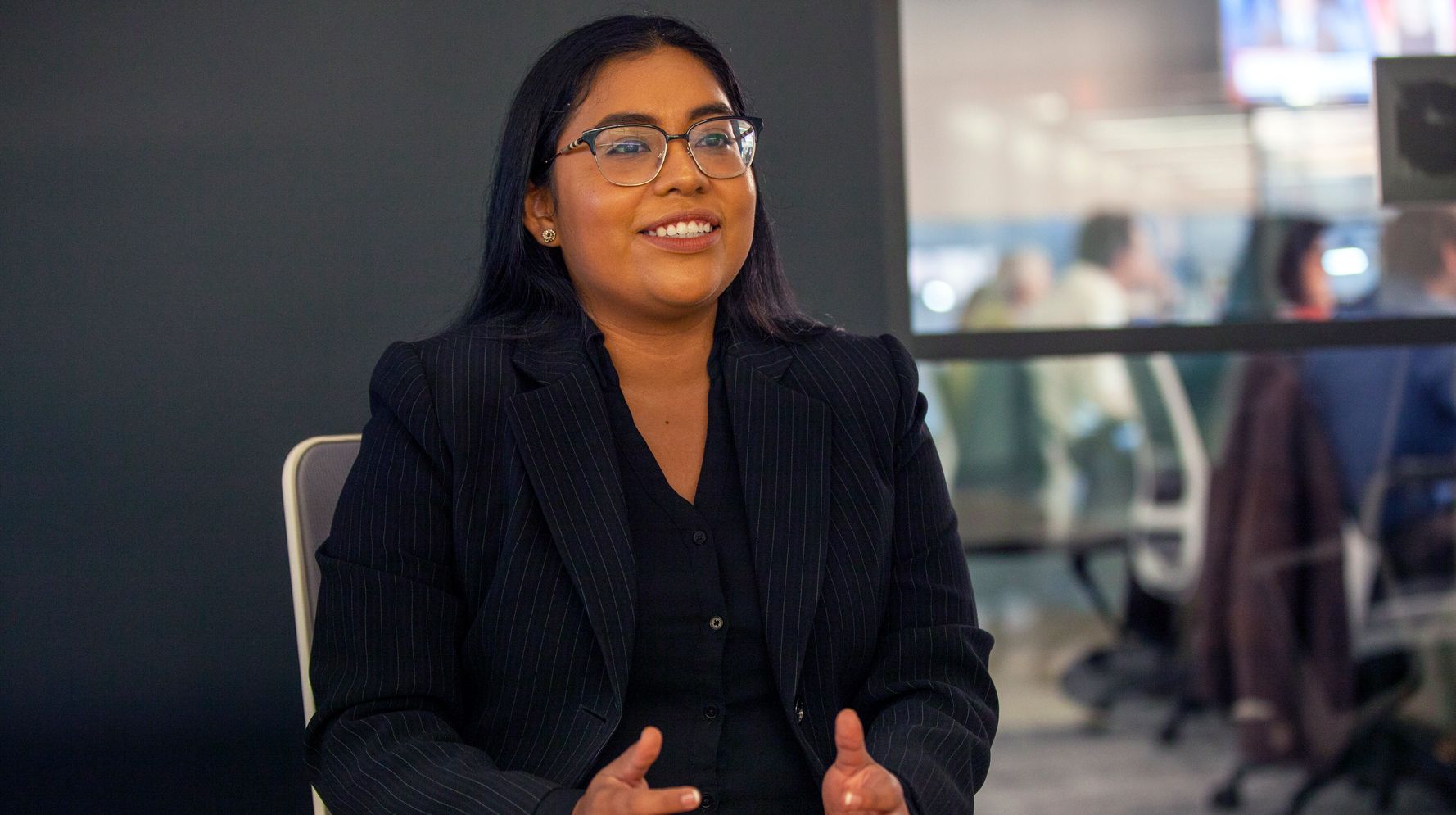 "We’re ready to finish the job that we started," said Cisneros, who narrowly lost to the veteran incumbent Democrat in 2020.

In her March 2020 run against Cuellar, one of the House’s most conservative Democrats, Cisneros surprised poll watchers with a strong showing against the veteran incumbent, losing by less than 4 percentage points.

“The last election showed that people are ready for new leadership and we’re ready to finish the job that we started,” Cisneros told HuffPost.

“A lot of people were left with so much hope last election cycle,” she added. “We were asking folks to envision the impossible and we were so close that we could taste that victory. I wanted to honor all the hard work that everyone put into this election.”

Cisneros, the daughter of Mexican immigrants, briefly practiced law in New York City before moving home to Laredo in 2019 to run against Cuellar in Texas’ 28th Congressional District.

As the COVID-19 pandemic set in, Cisneros stayed in the district to work as an immigration attorney along the Texas-Mexico border. She joined Texas RioGrande Legal Aid’s Laredo office, where she represents low-income clients in need of legal representation. She has also been working as a supervising attorney at the Laredo office for RAICES, a nonprofit that represents undocumented immigrants in detention.

Cisneros, a proponent of Medicare for All and the Green New Deal, champions causes that excite the national progressive movement.

But she used a two-minute announcement video to advertise her ties to working-class people in South Texas.

“They said we had no chance. They said the patrones were just too powerful. They said change was impossible here,” Cisneros says as images of the district’s neighborhoods and workers appear on screen. “But we showed them that the dreams of immigrants, truckers, rancheros and teachers can be just as powerful as their corporate dollars.”

The camera then shows her atop a horse alongside her cowboy hat-clad father.

“Now we’re back to finish what we started ― to do what my dad taught me: Work hard, keep at it, y enseñar que la esperanza nunca muere,” she says, using the Spanish words for “and teach that hope never dies.”

Cisneros argues that Cuellar has failed to address the social and economic challenges heightened by the COVID-19 pandemic.

Cisneros notes that Cuellar was the only Democrat to vote against the PRO Act, a bill strengthening union rights; that he co-sponsored legislation that would increase detention of undocumented immigrants; and that he facilitated the acquisition of $500,000 worth of COVID-19 tests that Laredo officials said were unreliable.

“When we expected Henry Cuellar to step up and be bold in the moment, he didn’t,” Cisneros said.

Cisneros is sure to encounter fierce resistance from Cuellar, as well as skepticism from establishment Democrats unnerved by strong 2020 election performances by then-President Donald Trump and other Republicans in South Texas.

It is not yet clear what Cuellar’s district will look like after Republicans in the Texas Legislature redraw it. The new seat could well include a larger number of conservative voters, which would benefit him.

Regardless, Cuellar is likely to argue that only a conservative Democrat like him is capable of winning a general election in the changing region.

But Cisneros maintains that her campaign is “very reflective of the people in this district.”

Voters, she said, want someone who is “actually fighting to recognize that health care is a human right, make sure that everyone is covered, that we are increasing the minimum wage to $15 an hour, that we are fighting for diversifying jobs here in the area, fighting for infrastructure.”

The left-wing group Justice Democrats recruited Cisneros to run in 2020 and is backing her bid again this time.

Cisneros is unlikely to have that problem. She not only voted for Biden, but also repurposed her campaign infrastructure to organize phone banks and canvasses on his behalf.

“I’m ready to work for whoever has the best interests of our community in mind,” she said. “I also recognize that we would have been much better off with a president like Joe Biden because South Texas could not afford another four years of President Trump.”

She argues that her policy positions are closer to Biden’s than Cuellar’s.

There are obviously issues like Medicare for All, where Cisneros is to Biden’s left ideologically. But she sees Rep. Bush’s successful pressure on Biden to extend the eviction moratorium as evidence that the president is open to adapting when pushed.

“As much as I’m ready to work with folks, I am also willing to call them out when they are not on the right side of issues for South Texans,” Cisneros said.