Justice Breyer Hints At Retirement Plans: Not Going 'To Stay There Till I Die' 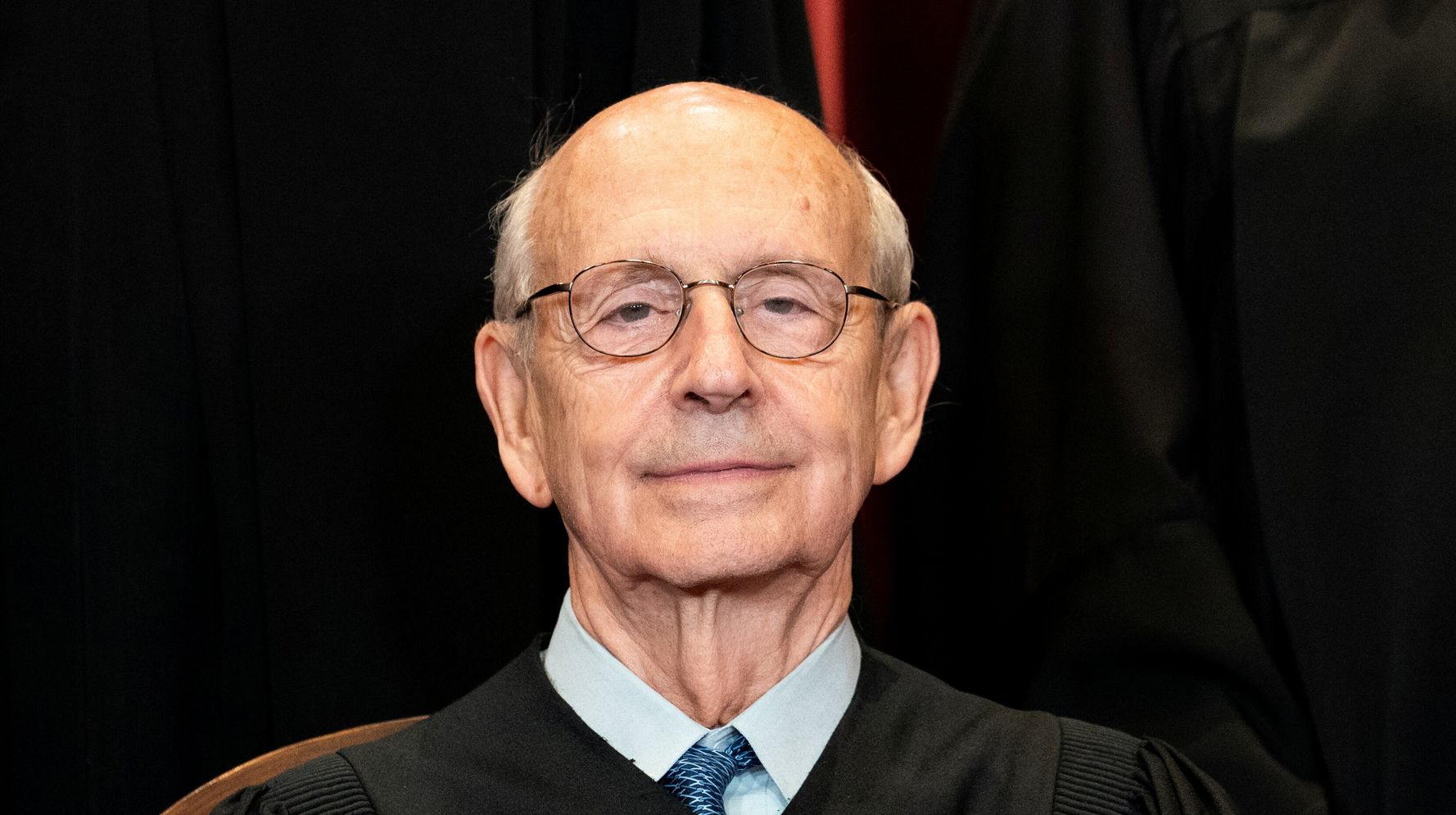 The 83-year-old said in a new interview that he is struggling to decide when he should step down from the Supreme Court.

Justice Stephen Breyer is struggling to determine when he should retire from his seat on the Supreme Court and is weighing the idea of who would pick his successor, according to The New York Times.

“I don’t think I’m going to stay there till I die — hope not,” Breyer told the newspaper in an interview to discuss his new book.

The 83-year-old justice said he “inevitably” has to think about who might take his place, recalling a quote from Justice Antonin Scalia, who died in February 2016.

“He said, ‘I don’t want somebody appointed who will just reverse everything I’ve done for the last 25 years,’” Breyer recollected. He also agreed with a quote from former Chief Justice William H. Rehnquist, who said that deciding when to retire was not “a judicial act” and therefore it was not inappropriate to weigh the politics of the sitting president.

But he would not give much more insight into his thought process, telling the Times, “There are many things that go into a retirement decision.”

“There are a lot of blurred things there, and there are many considerations,” he said. “They form a whole. I’ll make a decision.” The justice does not like making decisions about himself, he said.

The 27-year veteran of the court has so far avoided the question of his retirement, saying last month that he hadn’t made a decision. While justices typically announce their retirement at the end of the court’s nine-month term, Breyer let the benchmark slip by this year without a word.

Breyer became the oldest member of the Supreme Court following the death of Justice Ruth Bader Ginsburg last fall, and is therefore the target of a progressive campaign to get him to step down to ensure that President Joe Biden can choose his successor while Democrats have a majority in the Senate, lest the court’s 6-3 conservative majority increase to 7-2. Breyer was nominated and confirmed under the Clinton administration.

In June, 13 progressive groups sent a letter to Breyer urging him to retire as soon as possible.

“With future control of a closely divided Senate uncertain, President Biden must have the opportunity to nominate a successor without delay and fulfill his pledge to put the first Black woman on the Supreme Court,” they said. “If Breyer were replaced by an additional ultra-conservative justice, an even further-right Supreme Court would leave our democracy and the rights of marginalized communities at even greater risk.”

Republicans, led by then-Senate Majority Leader Mitch McConnell (R-Ky.), infamously refused to allow President Barack Obama to nominate Merrick Garland to replace Scalia in 2016, arguing that the confirmation process would be taking place too close to the next presidential election and thus voters should have a say in who they wanted to pick the next justice. (Garland is now serving as Biden’s attorney general.)

The Republicans’ reasoning fell by the wayside during the presidency of Donald Trump, who rushed the confirmation of Justice Amy Coney Barrett in the final days before the 2020 election.

Breyer’s book, “The Authority of the Court and the Peril of Politics,” delves into the politicization of the nation’s highest court, arguing that labelling justices “conservative” or “liberal” is eroding public trust in the institution of the Supreme Court.