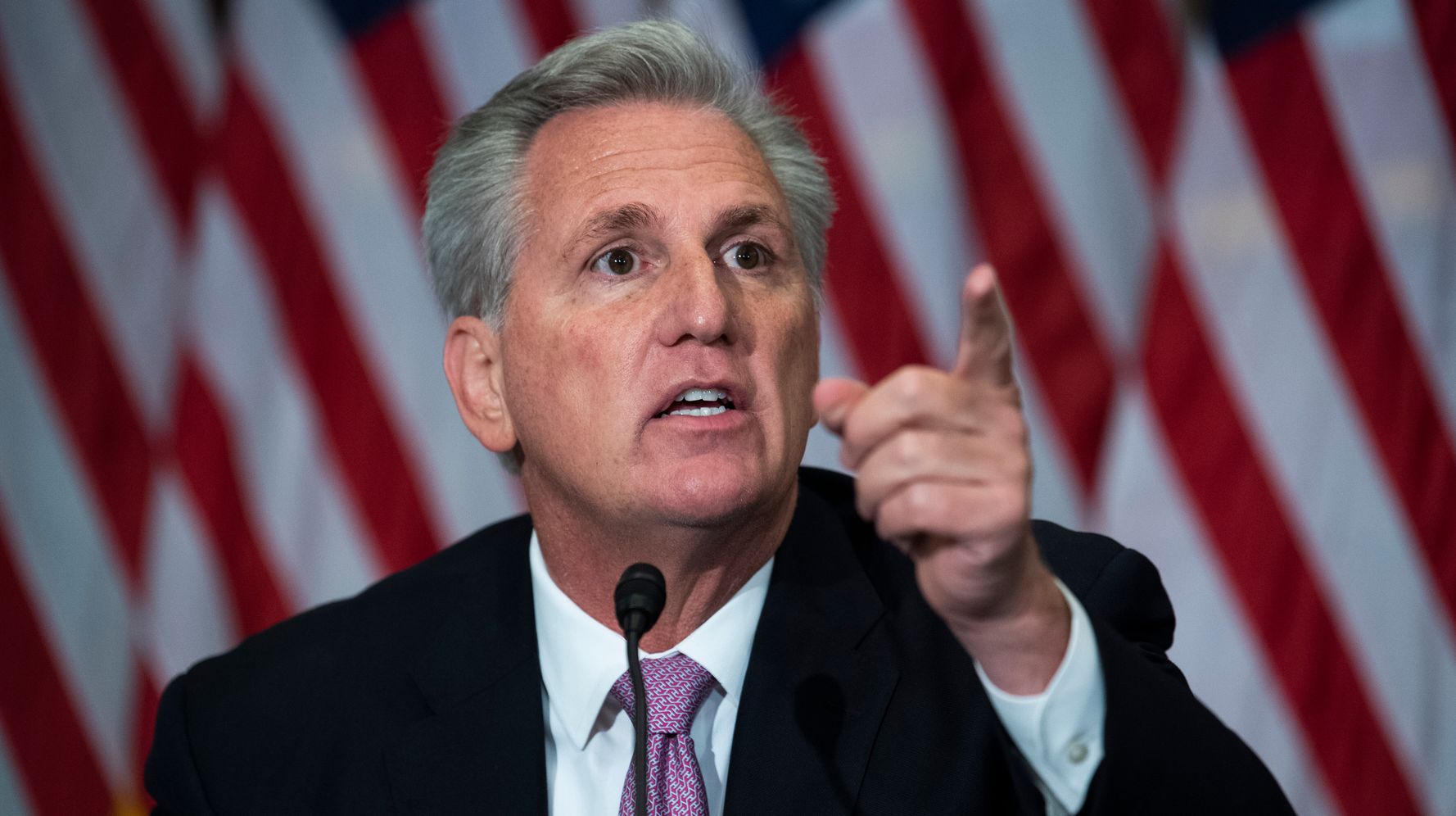 The House select committee investigating the U.S. Capitol riot asked 35 firms to preserve the phone records of an unknown group of people this week.

House Minority Leader Kevin McCarthy (R-Calif.) issued a warning to telecom and tech companies on Tuesday, saying Republicans would “not forget” if they turn over phone records to lawmakers investigating the Jan. 6 attack on the U.S. Capitol.

McCarthy made the comments a day after a House select committee, led by Democrats, requested that 35 phone and social media companies preserve the records of an unknown group of people related to the deadly insurrection, as well as those involved in the “Stop the Steal” rally near the White House that precipitated the mob attack.

The committee has also not identified whom it is investigating, but McCarthy said Tuesday that Republicans would vehemently oppose any compliance with the House panel’s requests, saying they were an attempt to “strong-arm private companies to turn over individuals’ private data.”

“If these companies comply with the Democrat order to turn over private information, they are in violation of federal law and subject to losing their ability to operate in the United States,” McCarthy said in a statement on Twitter. “If companies still choose to violate federal law, a Republican majority will not forget and will stand with Americans to hold them fully accountable under the law.”

It’s unclear what law he is referring to.

The House committee sent the requests on Monday to major companies including Google, Microsoft and all major cellphone carriers, as well as encrypted messaging platforms including Signal and Parler. The step is not a legal demand but could signal whom the body plans to call as its investigation continues. The committee could ultimately flex its subpoena power to compel witnesses to testify, although doing so would almost certainly begin a legal battle, particularly if the witness list includes members of Congress.

Greene: These telecommunication companies, if they go along with this, they will be shut down. That’s a promise pic.twitter.com/YtLmZa8IPi

A spokesperson for the committee told The Hill on Tuesday it would proceed with its investigation undeterred.

“The Select Committee is investigating the violent attack on the Capitol and attempt to overturn the results of last year’s election,” the spokesperson said. “We’ve asked companies not to destroy records that may help answer questions for the American people. The committee’s efforts won’t be deterred by those who want to whitewash or cover up the events of January 6th, or obstruct our investigation.”