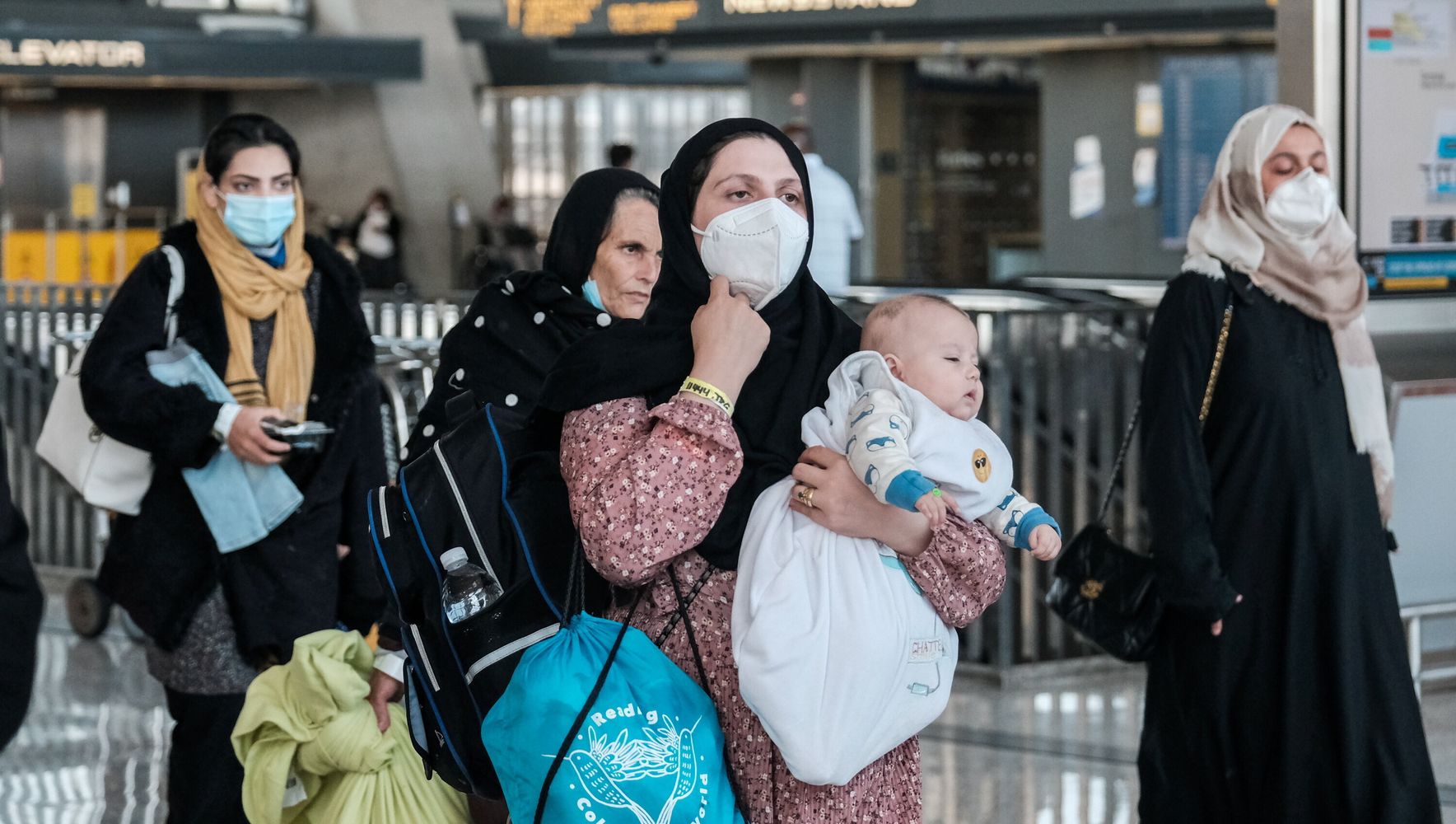 According to a HuffPost analysis, 35 states are willing to accept refugees, and another 13 haven't yet taken a position.

The majority of states have agreed to accept refugees fleeing Afghanistan, with only two states ― South Dakota and Wyoming ― so far refusing to do so.

According to a HuffPost analysis, 35 states are willing to take in refugees. Another 13 have not publicly given their position and did not return a request for comment. The overwhelming support for accepting refugees highlights the political popularity of accepting wartime allies and is a contrast to recent refugee crises.

Democratic Virginia Gov. Ralph Northam, whose state was the initial landing point for many of the tens of thousands of Afghan refugees, said he was proud the commonwealth was welcoming Afghans to the United States.

“As a veteran, an American, as a Virginian, I think our country was really founded on the idea that no matter where or what tragedy you are coming from ― in this example, a war zone in Afghanistan ― you’re welcome here in this country to live the American dream,” said Northam, who has visited all the sites in Virginia where refugees are being processed.

President Joe Biden was set to meet with governors welcoming refugees last week, but the meeting was delayed after a suicide bombing near the Kabul airport killed 13 members of the American military and dozens of Afghan civilians. It’s unclear whether it will be rescheduled.

“We are in touch with bipartisan governors across the country who have raised their hands to temporarily house, help resettle vulnerable Afghans and welcome them to their new communities,” a White House spokesman said.

While Republicans ― and many Democrats ― have roundly condemned Biden’s drawdown of the 20-year war in Afghanistan, there has been bipartisan support for helping Afghans who worked as translators or in other roles with U.S. troops and officials. Some 81% of Americans ― including 90% of Democrats and 76% of Republicans ― believe the United States should help those refugees, according to a recent CBS News/YouGov poll.

“Our commonwealth has long served as a refuge for those seeking peace and stability amid crisis, and we will continue to help in any way possible,” Pennsylvania Gov. Tom Wolf (D) tweeted.

“Those people ... helped protect Americans,” South Carolina Gov. Henry McMaster (R) said recently. “Now it is our duty to help them. We need to help them.”

The GOP support for accepting Afghan refugees is in contrast to how the party reacted to then-President Barack Obama’s plan to settle 10,000 refugees from Syria’s civil war in the United States in 2015. Then, GOP members of Congress tried to ban the settlement of Syrian refugees, and 30 governors said refugees would not be welcome. (All but one of those governors, New Hampshire’s Maggie Hassan, was a Republican.)

The plight of Afghan refugees burst into view worldwide two weeks ago as individuals, desperate to get away from Taliban rule, crowded into ― and in some cases clung to ― U.S. planes leaving Kabul.

There were roughly 132,500 Afghan immigrants in the United States in 2019, according to a review of American Community Survey data by New American Economy, a group that supports pro-immigration policies. California had the highest population, followed by Virginia and Texas.

Even among states that are willing to take refugees, some are more enthusiastic than others; not every governor has put out a statement welcoming Afghans with open arms.

Dan Tierney, spokesman for Ohio Gov. Mike DeWine (R), noted that the decision to resettle refugees is made by the federal government but added that “Cleveland is on the list of cities refugees may choose to settle as part of the federal process.”

Mike Nowatzki, spokesman for North Dakota Gov. Doug Burgum (R), said in an email to HuffPost that North Dakota has “historically resettled a low number of refugees from Afghanistan (five in the past two years)” and officials “expect a low number of family tie requests and would work to resettle those individuals or family units.”

Many Republicans ― even ones who say they back taking in refugees ― are still raising questions about whether the Biden administration is doing a good enough job vetting Afghans. In his statement, Nowatzki stressed that the state would participate in the “resettlement of legal, thoroughly vetted refugees and has had success at integrating refugees who have become responsible citizens and members of the workforce.”

“It would be nice if we knew everyone even just had an identification card, but I’m hearing they don’t,” Sen. Ron Johnson (R-Wis.) said at a news conference. His state, run by Democratic Gov. Tony Evers, is taking refugees.

“This is a dangerous part of the world, we know we have a lot of dangerous people who are there that want to do the United States harm,” Noem said. “We do not want them coming here unless we know they are an ally and a friend, and that they don’t want to destroy this country.”

A spokesman for Wyoming Gov. Mark Gordon (R) told Cowboy State Daily that his administration “has no interest” in welcoming refugees.

Northam, who served in the Army during the Gulf War, suggested those governors were failing to live up to the example of Americans who lost their lives during the war.

“The best way to honor those who served, and especially those who lost their lives, is to carry out the work of bringing Americans home safely and of helping our Afghan allies build a new life here,” he said.

The Biden administration has said every refugee will undergo biometric and biographic security screenings conducted by U.S. officials. They will also be tested for COVID-19 before entering the United States.

Afghan refugees first go to military bases, where they get a full medical screening and help applying for work authorizations before moving on to their next stop. They’re also all partnered with refugee resettlement organizations.