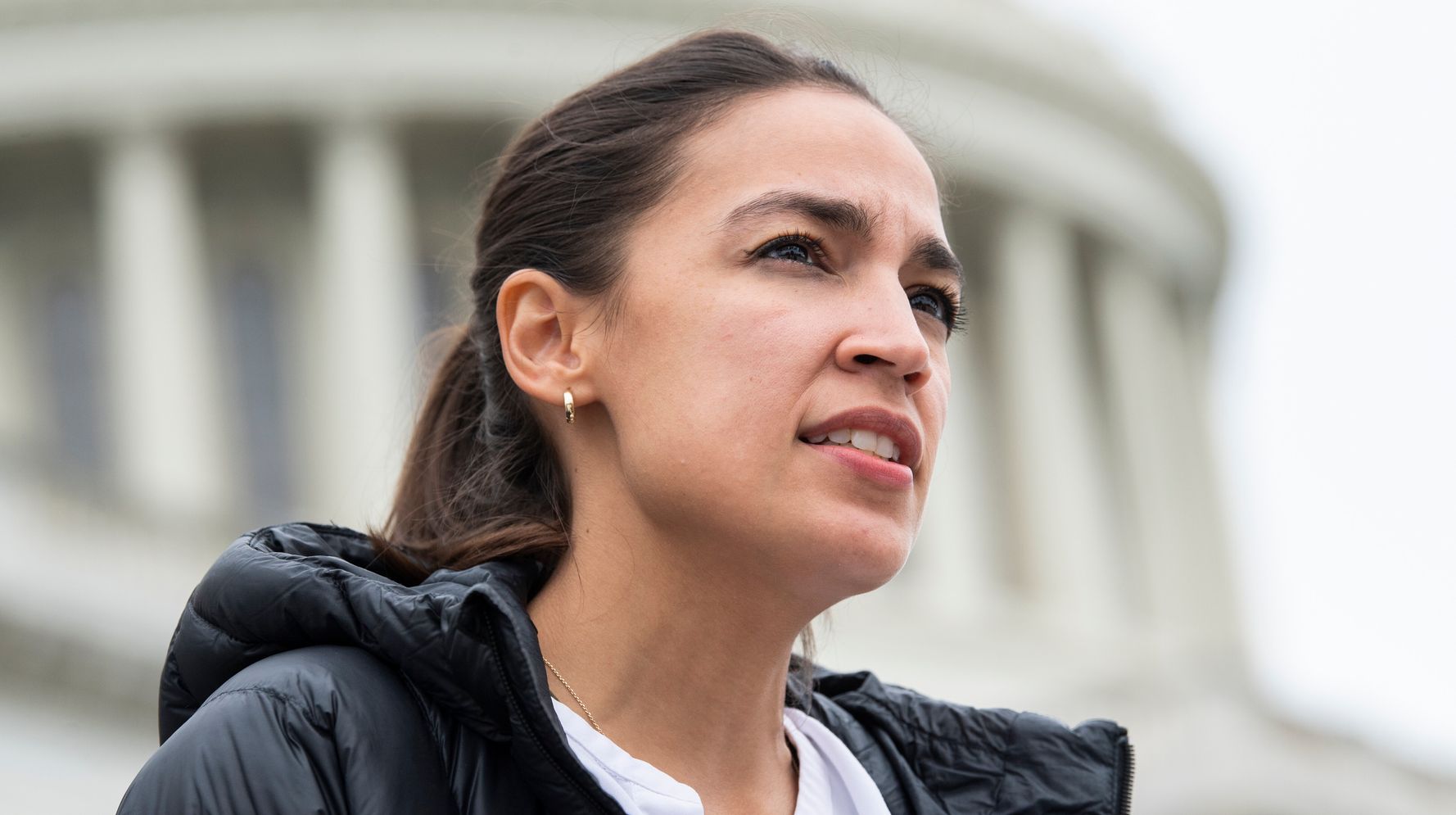 "White supremacy and patriarchy are very linked in a lot of ways," the lawmaker told CNN's Dana Bash. "There's a lot of sexualizing of that violence."

Rep. Alexandria Ocasio-Cortez (D-N.Y.) said she was afraid on Jan. 6 that she would be sexually assaulted if the violent pro-Trump mob that breached the U.S. Capitol that day managed to find her.

The lawmaker, who has spoken about how she hid for hours in the barricaded office of a colleague during the violence, discussed the day of the insurrection in an interview with CNN chief political correspondent Dana Bash, set to air Monday night.

“White supremacy and patriarchy are very linked in a lot of ways. There’s a lot of sexualizing of that violence,” Ocasio-Cortez said. “I didn’t think that I was just going to be killed. I thought other things were going to happen to me as well.”

Asked if she feared she was going to be raped, Ocasio-Cortez said, “Yeah, I thought I was.”

She also spoke about the way racism and misogyny were deeply rooted in the Capitol attack, and how they “animated” the events that took place.

"I didn't think that I was just going to be killed," @AOC tells Dana Bash about the insurrection. She feared she'd be raped.@DanaBashCNN is the host of a great new CNN series called "Being." The first episode "Being... AOC" airs tonight @ 9pmET. pic.twitter.com/631ZzNyg6Z

Ocasio-Cortez revealed in February that she is a survivor of sexual assault. In a lengthy Instagram Live post, she spoke about how the trauma of that assault compounded with her experience at the Capitol on Jan. 6.

Her past traumas weighed on her mind that day as she hid from the attackers, she told Bash.

“Survivors have a very strong set of skills. And the skills that are required as a survivor, the tools that you build for resilience, they come back in right away,” Ocasio-Cortez said in June. “And for me, I felt like those skills were coming right back so that I could survive.”

She has also spoken about attending therapy to help in the aftermath of the traumatizing events of Jan. 6.

Since her election to Congress in 2018, Ocasio-Cortez has been the frequent subject of attacks from former President Donald Trump, Republican lawmakers and conservative pundits, making her a target for vitriol from their supporters.