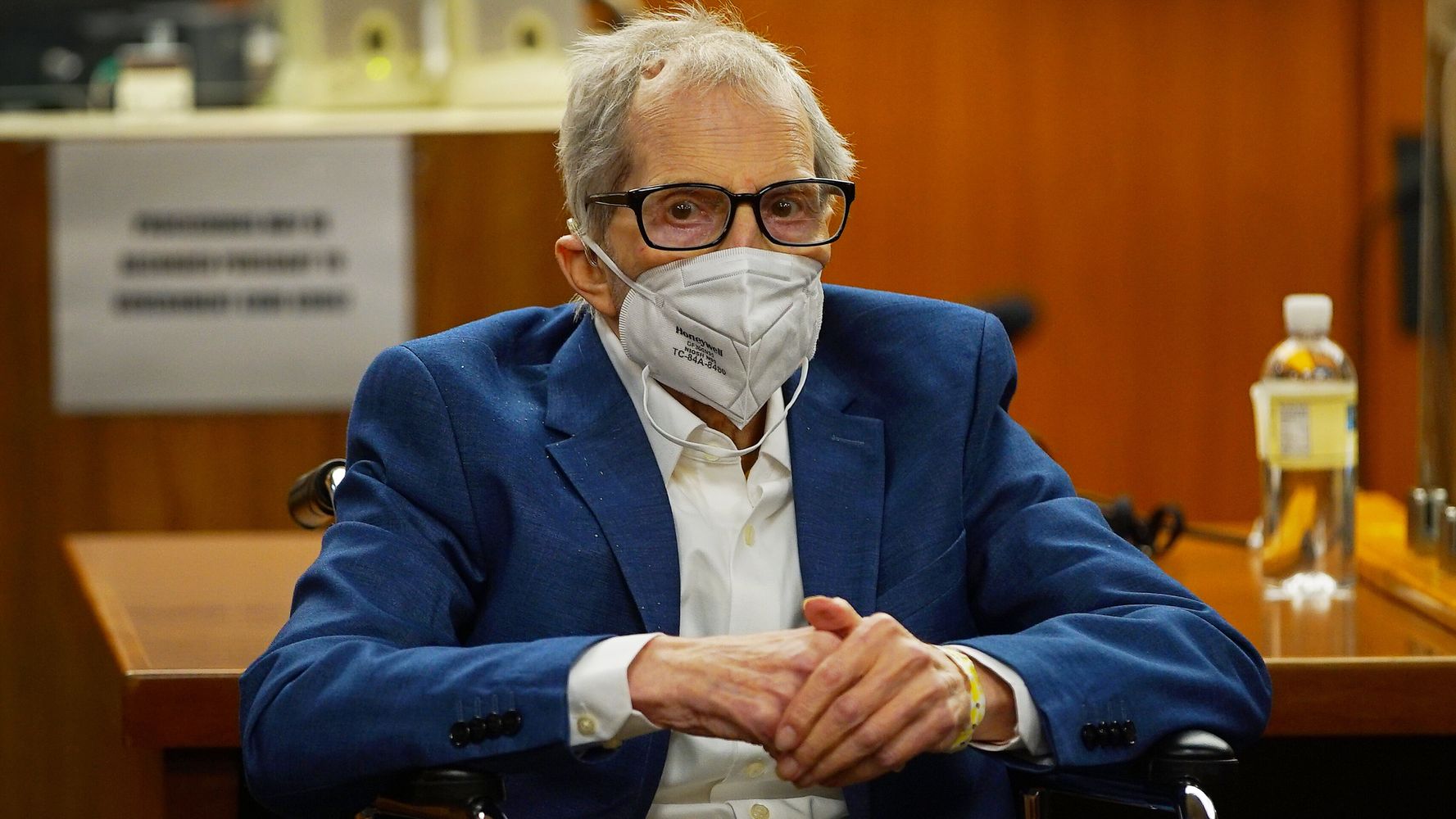 Durst, 78, is accused of killing Berman to cover up the alleged murder of his wife, who disappeared in 1982.

Robert Durst took the stand for the first time Monday in his Los Angeles County murder trial, where he is accused of shooting his friend Susan Berman in 2000.

The New York real estate heir, who has pleaded not guilty to the single count of murder, again denied killing Berman during Monday’s testimony.

It is rare to see a defendant testify in a murder trial. But Durst has a history of making himself heard, having agreed to be interviewed by the production team of HBO’s 2015 documentary series “The Jinx,” which describes his checkered past. The series created shock waves when its final installment coincided with Durst’s arrest.

It is also not his first time testifying against a murder charge. Durst took the stand in 2003 to explain why he dismembered the body of his onetime neighbor, 71-year-old Morris Black, whom he admitted to killing in self-defense. The eccentric multimillionaire was acquitted of that crime.

He hired the same attorney as he did 18 years ago, Dick DeGuerin, to represent him in the Berman case, which was originally scheduled to begin in early 2020.

Beginning in May of this year, prosecutors methodically laid out their argument that Durst also killed Berman, alleging that he shot her in the back of the head at her California home in December 2000 to prevent her from sharing what she allegedly knew about Durst’s first wife, Kathleen Durst, who vanished in 1982. At the time, Westchester County district attorney Jeanine Pirro ― now of Fox News ― had recently reopened the case of Kathleen’s disappearance.

According to prosecutors, Berman was in dire financial straits at the time of her death and had wanted to borrow money from Durst. She threatened to cooperate with the probe, which, prosecutors say, is what sealed her fate.

Durst denies killing his friend, and continues to deny having any knowledge of where Kathleen went almost 40 years ago.

Several witnesses, however, have testified that they believed Durst told Berman in the 1980s that he’d killed his wife. Berman also helped her friend concoct an alibi around the time Kathleen vanished, prosecutors say.

One friend, Susan Harmon, said Berman called her in 1982 after speaking to Durst, who, Berman said, had fought with his wife and said there was “an accident on the stairs.” At the time, Harmon testified, Berman was “agitated.”

Nick Chavin, a friend of both Berman and Durst, provided testimony that Durst essentially confessed to Berman’s killing in 2014 when he said, “I had to. It was her or me. I had no choice.”

Another friend, Robin Karr-Morse, testified that Berman had told her shortly before Berman died that she was going to help investigators solve the cold case of Kathleen’s disappearance and “blow it wide open.”

Berman, who was 55 when she was killed, worked as a crime writer and occasionally served as Durst’s spokesperson. The two had become friends in college.

Police received a cryptic handwritten letter intended to lead them to Berman’s dead body, which had already been found because neighbors had noticed her dogs running free on Christmas Eve in 2000. Addressed to “Beverley Hills Police” ― a misspelling of “Beverly Hills” that Durst had used before ― the note contained just Berman’s address and the word “cadaver.” During a 2015 interrogation, Durst told police that whoever wrote it “had to be involved” in the killing.

The so-called “cadaver note” featured prominently in “The Jinx,” in which producers compared it to Durst’s known handwriting, and Durst eventually admitted to writing it himself.

“The Jinx” made headlines for capturing a supposed confession from Durst that aired at the end of the series. The elderly Durst can be heard muttering into a hot mic during a bathroom break: “What the hell did I do? Killed them all, of course.” Later, however, it emerged that the production team had spliced together the shocking audio somewhat misleadingly.

Durst is widely suspected to be responsible for making his first wife disappear, although no remains have ever been found and he has not been charged in relation to her disappearance or death. He alerted police to her absence in 1982 when he said he had not heard from her in days after putting her on a train back to Manhattan from their upstate New York home.

He previously said that he worried Pirro, the Westchester prosecutor, would indict him simply to further her own political ambitions.

After the reopening of Kathleen’s case nearly 20 years after her disappearance, Durst fled from New York to Galveston, Texas, where he lived on the cheap, pretending to be a mute woman and using a wig to aid his disguise. He later abandoned the disguise and became friends with his neighbor, Black. In Durst’s telling, Black had brought a gun into Durst’s apartment and the pair was struggling over it when it went off in Black’s face.

Concerned that no one would believe his story, Durst said, he chopped up Black’s body with a bow saw and a paring knife, and disposed of the remains in the Galveston Bay, where some of them were discovered by a 13-year-old. Durst fled to Pennsylvania, where he was found by law enforcement after attempting to shoplift a sandwich.

Durst’s long history of bizarre behavior ― allegedly including urinating in his uncle’s office wastebasket ― eventually led to him falling out of favor with his wealthy family in the 1990s.

The Durst Organization operates several landmark buildings in New York City, including One World Trade, along with a number of residential units.

Robert’s younger brother, Douglas Durst, testified against him in June, telling jurors that Kathleen had revealed she wanted to divorce Robert.

Robert Durst resents his brother for sidestepping him to take over the family real estate empire at their father’s invitation decades ago, Douglas said.

“He’d like to kill me,” he told jurors bluntly.

Despite the bad blood, the younger Durst said he only cooperated with prosecutors under threat of subpoena, telling the courtroom, “There are other places I’d much rather be.”