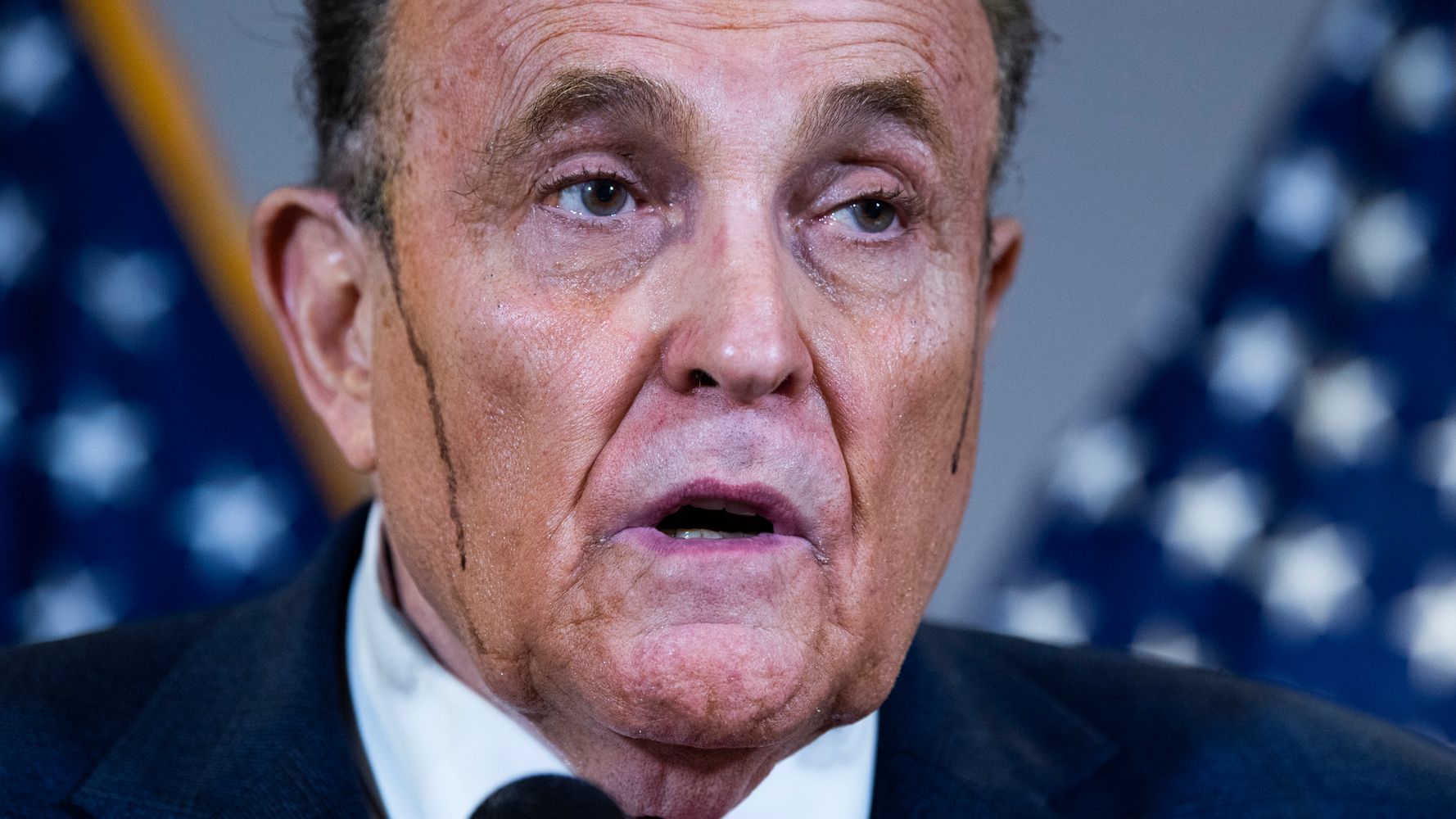 Donald Trump's former personal attorney had a telling response to a question about fake news during a 2018 interview.

Rudy Giuliani told Justice Department agents it was okay to “throw a fake” while campaigning, according to a newly released transcript of a 2018 interview probing a suspected leak of sensitive information to the former New York mayor.

Giuliani denied in the interview being leaked details by FBI agents of an investigation into then-Democratic candidate Hillary Clinton during the 2016 election — despite appearing to tease as such during appearances on Fox News at the time.

Instead, Giuliani claimed the “big surprise” he’d alluded to on the conservative network was a direct-to-camera speech from then-Republican candidate Donald Trump — to whom, Giuliani told agents, he’d in 2016 been “best friend and companion and senior advisor to the campaign,” albeit in a non paid role.

The transcript was obtained by the watchdog group Project on Government Oversight and published by The Washington Post on Wednesday.

In the interview, Giuliani’s then-law partner and counselor Marc Mukasey said that “in the heat of a political campaign, on television, I’m not saying Rudy necessarily, but everybody embellishes everything.”

“Oh, you could throw a fake,” said Giuliani, who would later become Trump’s personal attorney and parrot his 2020 election lies.

“You’re under no obligation to tell the truth,” Mukasey added.

“You could throw a fake,” reiterated Giuliani, who has been suspended from practicing law in New York and Washington, D.C., is under federal investigation, faces a $1.3 billion lawsuit and is now selling personalized videos on the Cameo website.

“Fake news, right?” asked one of the agents.