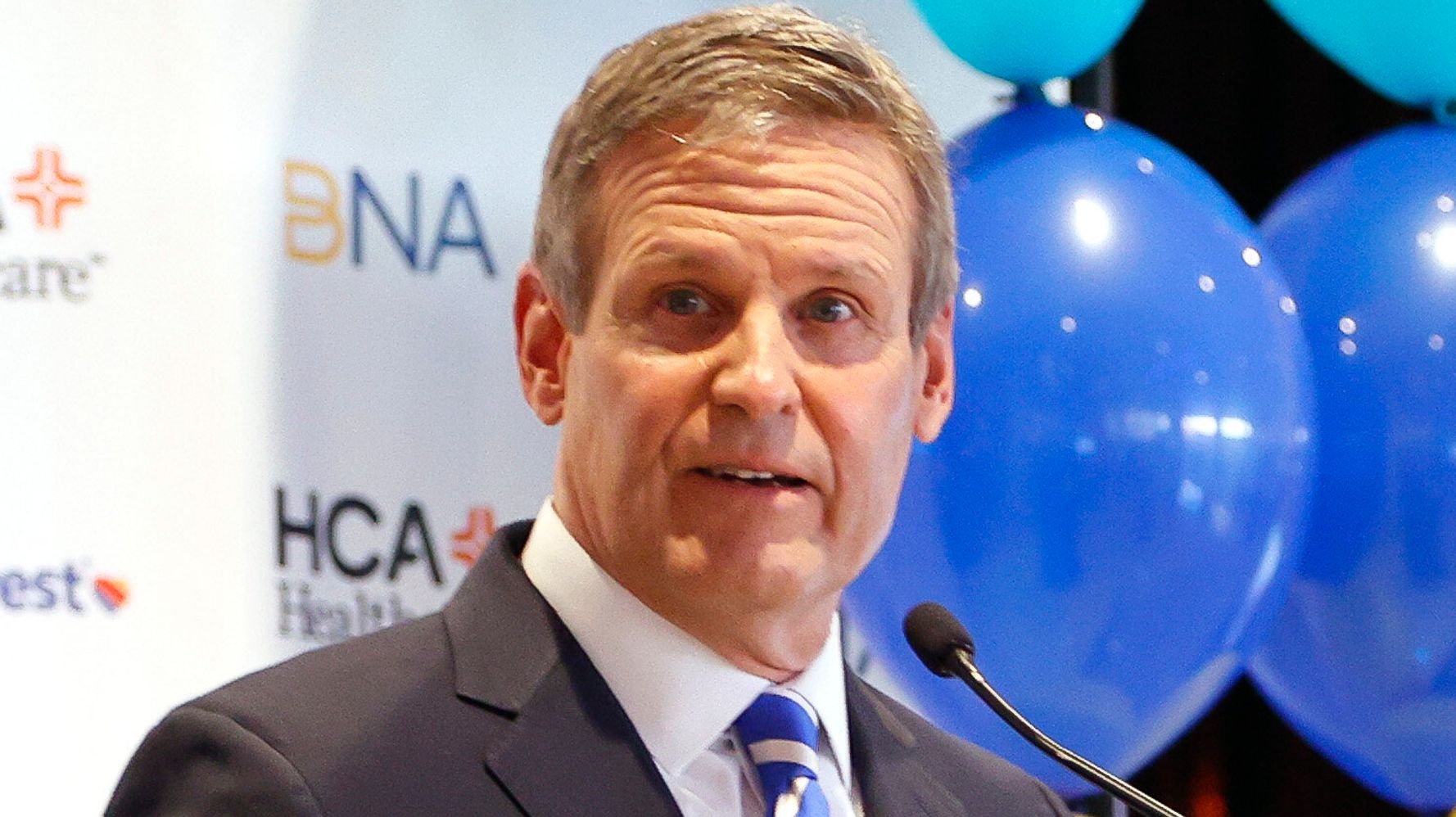 The Human Rights Campaign called the bill, which Gov. Bill Lee signed into law earlier this year, "dangerous and discriminatory."

The federal lawsuit filed by the Human Rights Campaign challenges the state’s “bathroom bill,” a measure that restricts school bathroom use by transgender people.

“Courts have time-and-again ruled against these dangerous and discriminatory laws and we are going to fight in court to strike down this one and protect the civil rights of transgender and non-binary young people,” Human Rights Campaign President Alphonso David said in a statement.

“With our representation of two transgender kids today, we are sending a strong message of support for all transgender and non-binary children across the country — you matter, and your legal rights should be respected,” David added.

Tennessee Attorney General spokesperson Samantha Fisher said in an email the office was reviewing the lawsuit.

Under Tennessee’s bathroom measure, a student, parent or employee can sue in an effort to claim monetary damages “for all psychological, emotional, and physical harm suffered” if school officials allow a transgender person into the bathroom or locker room when others are in there. They also can take legal action if required to stay in the same sleeping quarters as a person who was a member of the opposite sex at birth, unless that person is a family member.

For those transgender students or employees who want more privacy than that afforded by a bathroom designated for their sex at birth, the law says schools must try to offer a bathroom or changing facility that is single-occupancy. Critics of that provision say it could further stigmatize an already marginalized group.

The Human Rights Campaign filed the lawsuit on behalf of two transgender students currently enrolled in Tennessee schools. Specifically, the plaintiffs allege that the law violates Title IX, the 1972 federal law that protects against sex discrimination in education.

The group says one student, identified as Alex, 14, had already been forced to use the school nurse’s private bathroom or the bathroom that corresponded to his gender assigned at birth during seventh grade because of the school’s current policy.

“Both options were alienating and isolating for Alex who instead stopped drinking liquids at school to avoid having to use the facilities,” the Human Rights Campaign said in a statement.

After attending a private school where he was allowed access to the boys restroom when he was in eighth grade, Alex is now preparing to start public high school, where he will once again be forced to choose forgoing the use of the bathroom in order to avoid stigmatization, the lawsuit says.

Meanwhile, the family of 4-year-old Ariel says school officials were understanding of her gender identity in kindergarten and protected her from “stigmatizing experiences,” including by allowing her to use the girls restroom. However, the family says that when she enters the first grade, Ariel will either have to use the boys restroom or the private nurse’s bathroom.

The Human Rights Campaign says both families are considering moving out of state.

So far nationally, there has been no big, tangible repercussion where bills have passed targeting transgender people, unlike the swift backlash from the business community to North Carolina’s 2016 “bathroom bill.”

In June, however, the U.S. Education Department announced it would expand its interpretation of federal sex protections to include transgender and gay students. The new policy directive means that discrimination based on a student’s sexual orientation or gender identity will be treated as a violation of Title IX.

Just weeks later, the U.S. Supreme Court rejected a Virginia school board’s appeal to reinstate its transgender bathroom ban. While LGBTQ advocates declared the ruling a key victory for transgender rights, the court’s decision did not set a national precedent, which means the Tennessee case must still move through the court system.

Earlier this year, the American Civil Liberties Union challenged Tennessee’s first-of-its-kind law that requires businesses and government facilities to post signs if they let transgender people use multi-person public bathrooms of their choice. A judge has since blocked it from being implemented as the lawsuit makes it way through court.