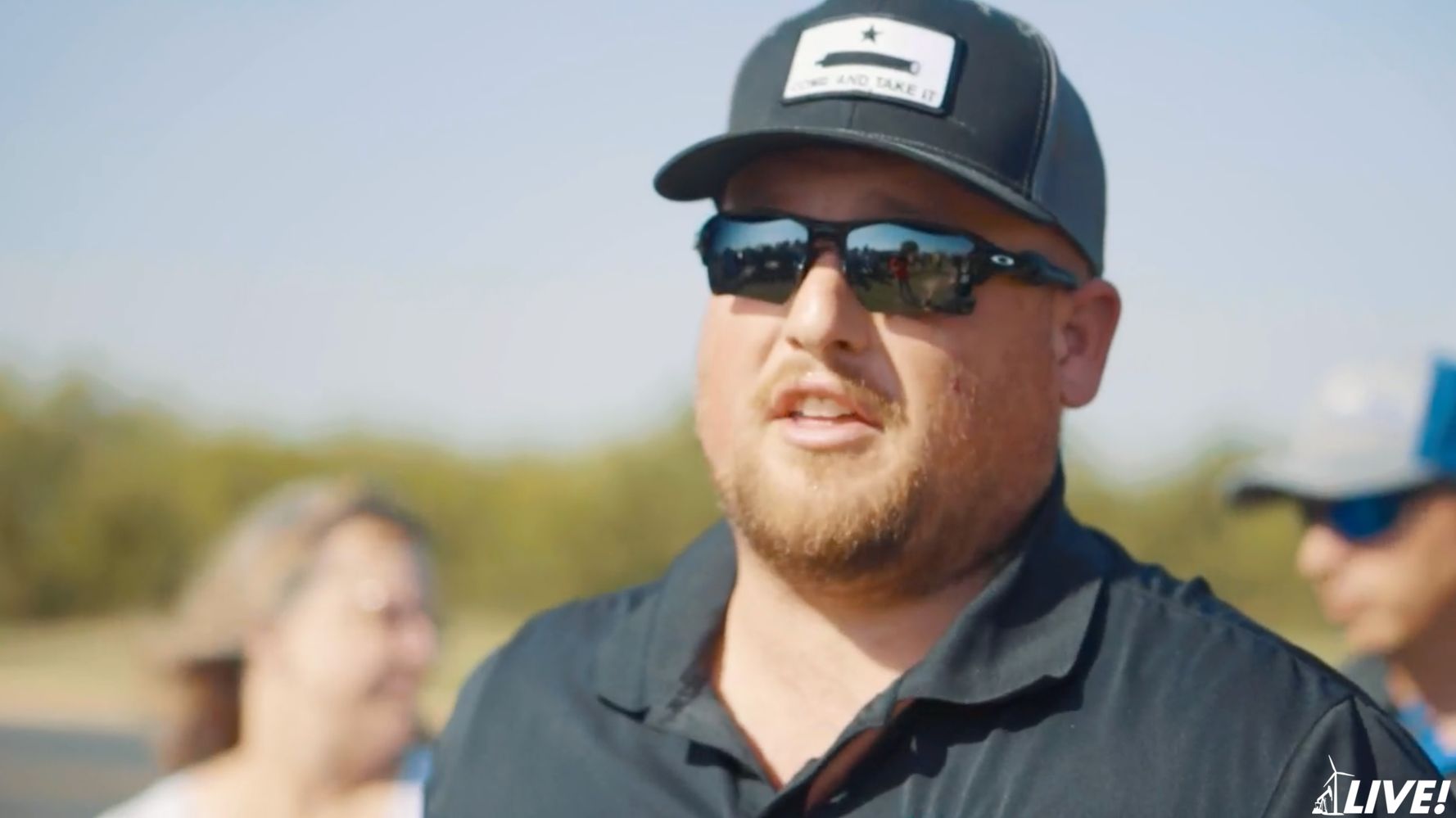 His pregnant wife said this week that the hospital was "out of options" for her husband.

A Texas man who helped organize protests against pandemic restrictions is fighting for his life after being hospitalized for nearly a month with COVID-19, the San Angelo Standard-Times reported.

His wife, Jessica Wallace, wrote Wednesday on Facebook that she had a “heartbreaking update” about her husband, Caleb.

“He’s not doing good. It’s not looking in our favor,” she said. “His lungs are stiff due to the fibrosis. They called and said they’ve run out of options for him and asked if I would consent to a do not resuscitate. And it would be up to us when to stop treatments.”

“My heart just can’t. I can’t imagine my life without him.”

Caleb Wallace, a 30-year-old father of three, has been unconscious, ventilated and heavily sedated in the ICU at Shannon Medical Center in San Angelo since Aug. 8, the Standard-Times reported. His wife said on a GoFundMe page for household and medical bills that he was was intubated multiple times, had high fevers, infection and bleeding in his chest.

In July, Caleb Wallace reportedly helped organize “The Freedom Rally,” an event that billed itself as a protest against the “government being in control of our lives.” He also founded “The San Angelo Freedom Defenders,” which hosted a rally last year to “end COVID tyranny.”

He wrote a letter in April to the San Angelo Independent School District and published by a local news outlet demanding that the school district “rescind ALL COVID-related policies immediately.” He falsely claimed that wearing masks had harmful effects on children and that there was “little evidence that masks worked for anyone.”

When he first felt symptoms on July 26, his wife told the Standard-Times, he refused to get tested or seek medical care. He instead began treating himself with a cocktail of Vitamin C, zinc, aspirin and ivermectin, an anti-parasitic drug that has been falsely promoted as an effective treatment for COVID-19 by conservative media. He was taken to the hospital on July 30.

Jessica Wallace told the Standard-Times that she was “less conservative” than her husband and personally wears a mask.

“Caleb would tell me, ‘You know masks aren’t going to save you,’ but he understood I wanted to wear them,” she said. “It gives me comfort to know that maybe, just maybe, I’m either protecting someone or avoiding it myself.”

The Wallace family’s story comes amid a mask debate across Texas, where Republican Gov. Greg Abbott has issued an executive order banning mask mandates. Some local officials have fought back or defied the order, creating a confusing patchwork of rules across more than 200 counties.

This has gone on amid a new wave of COVID-19 cases and hospitalizations across Texas, driven by the virulent and highly contagious delta variant of the virus. Roughly 47% of Texas’s eligible population has been fully vaccinated.