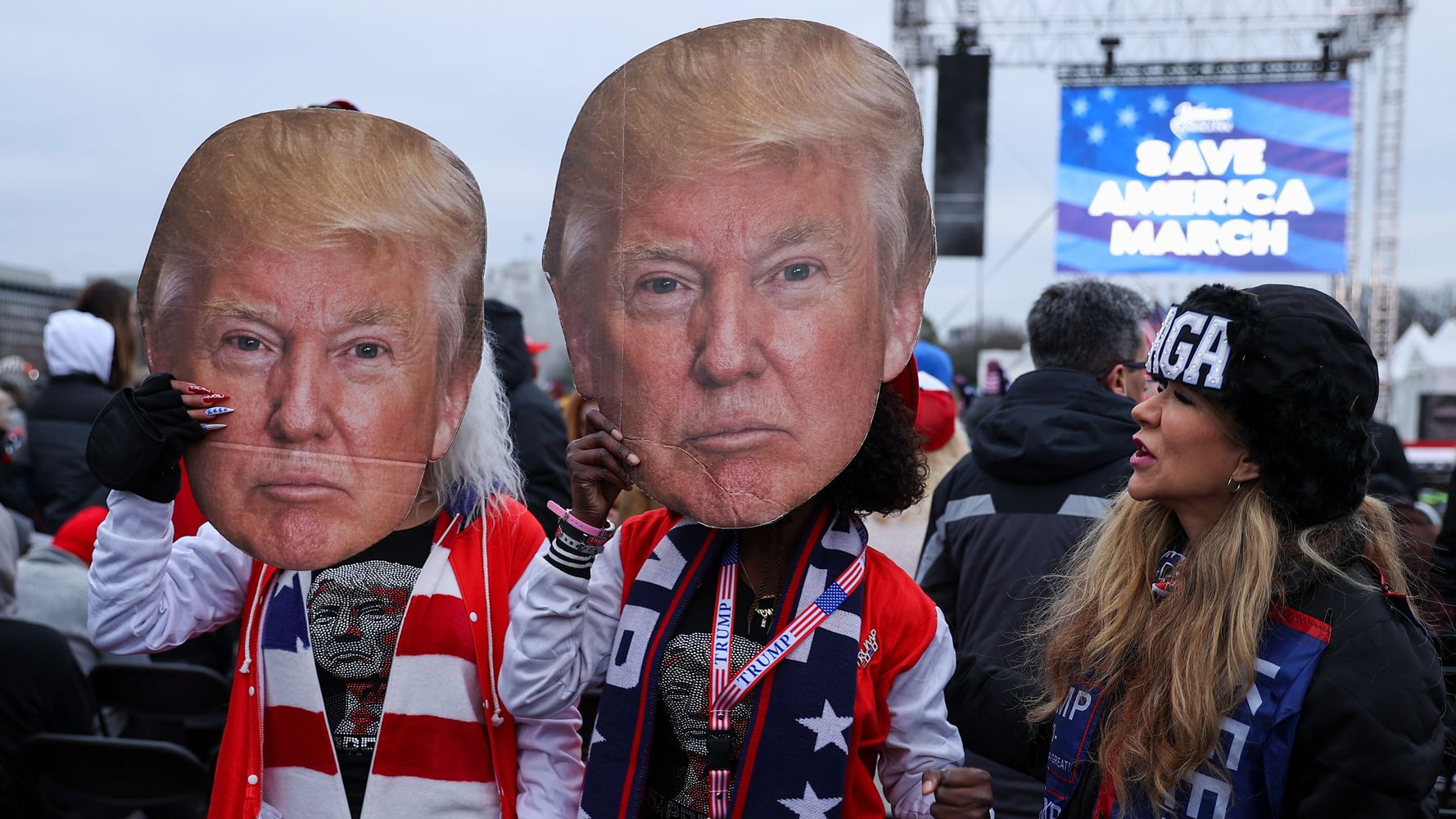 OpenSecrets tracked payments through federal records to actors who organized the protest that preceded the Capitol insurrection.

Former President Donald Trump’s political fundraising operation reported paying more than $4.3 million since the start of the 2020 election cycle to individuals and firms that organized the Jan. 6 rally that preceded the attack on the Capitol, according to a report published Monday by the government watchdog OpenSecrets.

The full extent of the Trump-linked funding and organizational support for the Jan. 6 rally is not yet fully known, but the report reveals a powerful push funded by Trump backers to deny the results of the presidential election. And more may be discovered soon as the House select committee investigating the Capitol insurrection begins a deep dive to uncover the players behind the day’s events, their activities and those who funded them.

The committee last week demanded a trove of materials linked to the Capitol attack, including social media messages, Republican lawmakers’ phone records, and information from the Trump White House and executive agencies, including the Department of Justice and the FBI.

GOP fundraiser Caroline Wren is named in one of the House subpoenas for information, per OpenSecrets. She was listed as a “VIP adviser” on the permit granted by the National Park Service for the Jan. 6 rally. Wren was paid at least $170,000 last year as the Trump campaign’s national finance consultant with the joint fundraising committee, called the Trump Make America Great Again Committee, according to records tracked by OpenSecrets.

The House committee also called for records related to Women for Trump Co-chair Gina Loudon, who spoke at the rally. In addition, it requested records linked to Amy Kremer, co-founder of Women for America First, which was funded by the “dark money” group America First Policies and submitted the rally’s permit records to the National Park Service.

Letters related to Dustin Stockton, a co-organizer of the rally, have also been requested by the committee, according to OpenSecrets.

Stockton told ProPublica earlier this year that he’d been concerned about the possible dangers of the hastily planned march to the Capitol at the end of the rally, saying it “felt unsafe.”

Stockton said he expressed his fears to Katrina Pierson, a former Trump campaign spokesperson who reportedly served as a liaison between the White House and rally organizers. Stockton said he and Kremer went to then-White House chief of staff Mark Meadows next, which Kremer has denied. Meadows has refused to confirm whether he was contacted about those concerns.

Megan Powers, one of two operations managers listed on the Jan. 6 protest permit, was paid some $300,000 as the Trump campaign’s director of operations, according to OpenSecrets. The Make American Great Again PAC paid an additional $20,000 to Powers for “recount administrative consulting” this year. She was not named in a House subpoena, per OpenSecrets.

Firms linked to the Jan. 6 rally and paid by Trump’s fundraising network include Event Strategies Inc., which was named in the rally permit and reportedly employed two of the rally organizers. The company has been paid more than $2.5 million since the start of the 2020 election. Around $800,000 of that amount came from Trump’s Save America leadership PAC and Make America Great Again Action, according to OpenSecrets. MAGA Action made a payment to the company as recently as this month, according to Federal Election Commission records filed Aug. 26.

The limited liability company American Made Media Consultants was paid some $222,000 by the Trump joint fundraising committee for text messaging on Jan. 6 alone, OpenSecrets reported. The Trump campaign and Trump MAGA Committee spent more than $771 million through the company during the 2020 election cycle, federal records show.

The nonpartisan Campaign Legal Center filed an FEC complaint last year alleging that the network of Trump campaign subcontractors was actually made of “shell” companies used to “launder” payments to secret recipients, including to a Trump family member.