Turns Out The Taliban Didn't Continue To Fight Terrorists, Despite Trump’s Promise 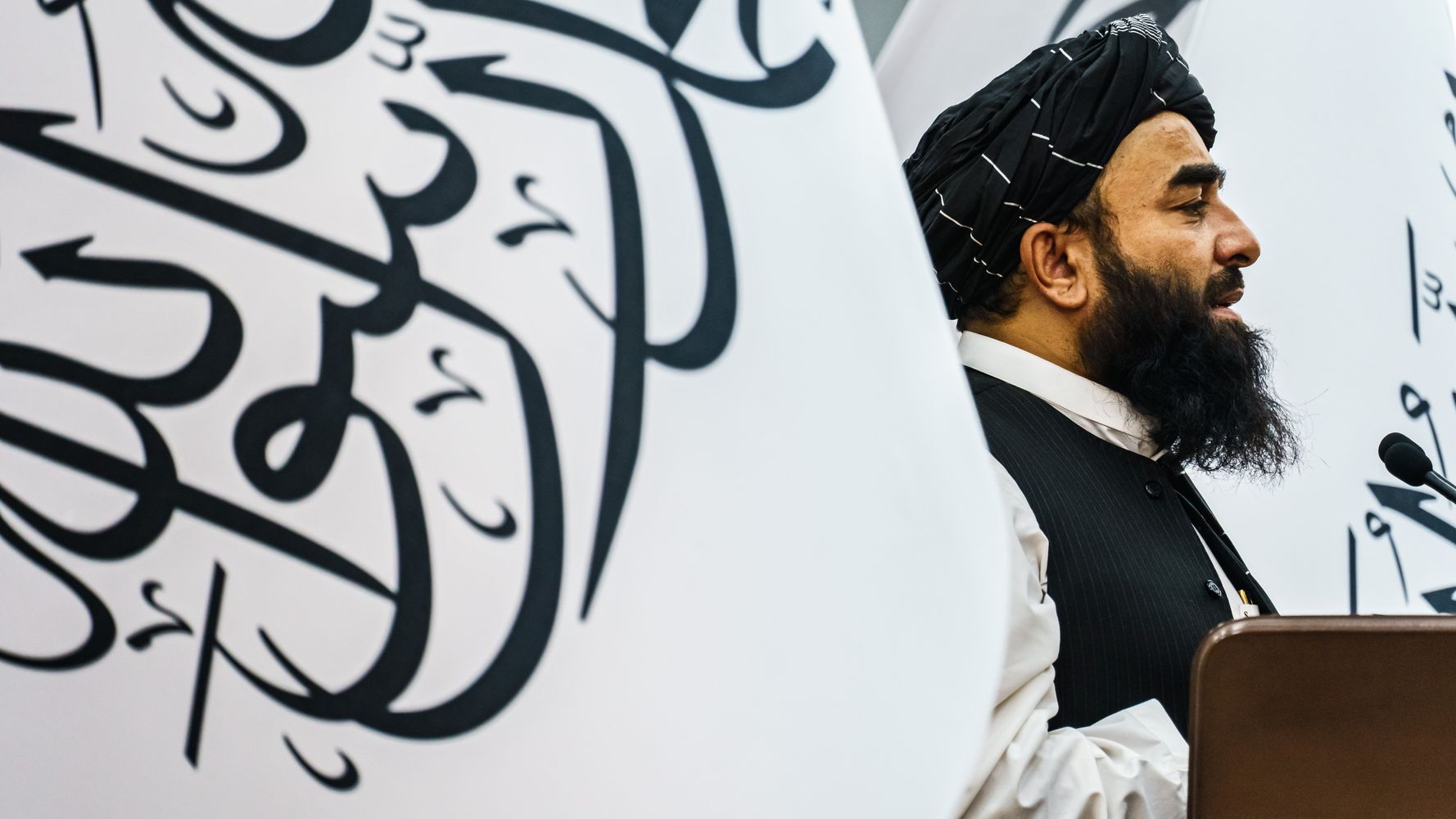 The Kabul bombings killed 72, including 13 U.S. military personnel. In 2020, Trump assured that the Taliban would continue to fight ISIS and al Qaeda.

WASHINGTON – Contrary to former President Donald Trump’s assurance, the Taliban has not, in fact, continued America’s fight against terrorists in Afghanistan.

On Thursday, members of the self-styled Islamic State group killed at least 72 people, including 13 U.S. service members, in bombings at Kabul’s airport and a hotel used by Americans as a meeting point prior to evacuating. The murders threw into disarray President Joe Biden’s plans for completing the removal of U.S. citizens, permanent residents and Afghans who had worked with Americans over the past two decades — and came despite his predecessor’s promise that the new Taliban rulers would keep up the United State’s efforts to combat terrorism.

That the Taliban would take over the fight against terrorism — when the theocratic group itself has sponsored terror attacks for decades — is just one of several outlandish statements Trump made about the group since announcing that “peace” agreement, which entirely excluded the U.S.-backed Afghan government.

Trump also claimed at the time that the Taliban, whom he called great negotiators and tough and smart, were eager for peace and simply were fighting for their homeland.

The Taliban ran a repressive regime based in Islamic law from 1996 through 2001, when they were removed from power by the U.S. and NATO for harboring Osama bin Laden and the al Qaeda terrorists who were responsible for the Sept. 11 attacks.

After the bombings on Thursday, Trump released a statement declaring, “This tragedy should never have been allowed to happen, which makes our grief even deeper and more difficult to understand.” He neglected to mention that it was his rapid drawdown of troops — with just 2,500 remaining when he left office — that allowed the quick collapse of the Afghan government, which triggered the need for a speedy evacuation in the first place.

Earlier on Thursday, before the attacks, Trump had spun increasingly elaborate and fantastical explanations of his own actions regarding the 2020 agreement.

In a lengthy radio interview with Hugh Hewitt, Trump claimed that he knew the Afghan government would collapse after the United States left and that he would have accomplished a safe withdrawal of all Americans and some Afghans who had helped the U.S. — with just those remaining 2,500 troops. He also claimed he would have kept control of Bagram Air Base, which is roughly 50 miles from Kabul, and destroyed every bit of military equipment the U.S. was leaving behind.

“Well, I want to say it, because I have a plan that would be, I think, a great plan,” he said.

In reality, Trump had tried to force a complete withdrawal before his departure from the White House on Jan. 20 but faced strong objections from both the military and some of his top aides.

Trump continued to boast about his “relationship” with Taliban leader Abdul Ghani Baradar without mentioning that, without Trump’s intervention, he would still be imprisoned in Pakistan. Nor did the former president mention that he had made the Afghan government release 5,000 imprisoned Taliban fighters.

“When I heard they were taking out the soldiers, and I guarantee you when Abdul ... look, I spoke to him tough, but I had a very good relationship with him, very good. Nobody could negotiate with him like me. I had a very, very good relationship with him,” Trump said of the deal he ultimately reached with the Taliban leader. “And I found him to be reasonable. He did some minor violations, but he ultimately didn’t violate it at all.”

That claim, however, was false. The Taliban almost immediately reneged on both of its key commitments in the agreement: that it would negotiate a deal with the Afghan government regarding control of the country, and it would end ties with al Qaeda. Instead, the Taliban quickly began taking territory around the country by force, and it essentially merged with al Qaeda, according to a Defense Department report.

Trump, who tried to overthrow American democracy in an attempt to retain power despite losing the presidential election, nevertheless pushed ahead with his agreement with the Taliban.