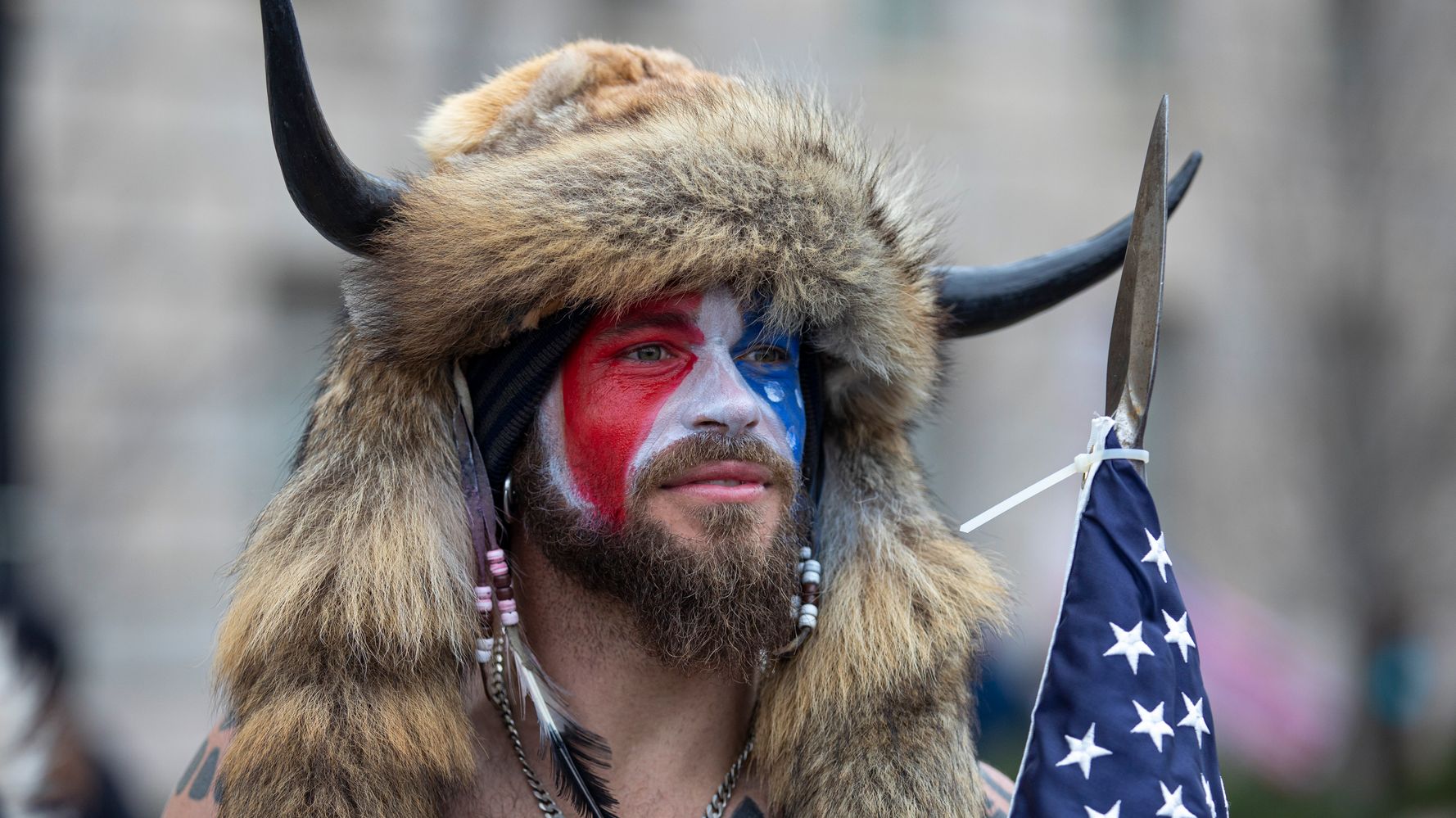 Chansley wanted to see his grandfather before his death, said his attorney, but judge ruled he was still a flight risk and not particularly sorry about his actions.

A federal court has denied a request from “QAnon Shaman” Jacob Chansley to be released from jail before his sentencing for a felony committed during the Capitol insurrection Jan. 6.

It was Chansley’s third failed bid for freedom.

The Capitol rioter who became a bizarre icon of the insurrection in his furry horned hat failed to show by “clear and convincing evidence” that he was not a flight risk nor a danger to the community, St. Louis U.S. District Court Judge Royce Lamberth said in a ruling released Friday.

Chansley’s attorney, Albert Watkins, said in a statement that his client had hoped to be released to visit his ill and elderly grandfather one last time. The grandfather was the “only adult male constant” in his life, according to Watkins. He died Thursday.

“Judge Lamberth denied the compassion-based request,” Watkins said in his statement. “On that same day, Mr. Chansley’s grandfather passed away.”

With “great sadness and regret, there was simply nothing more I could do to permit a gentle, smart and kind young man the opportunity to spend a few minutes at the side of the man who raised him to say ‘good-bye’ one last time,” Watkins noted.

Lamberth rejected Watkins’ claims that Chansley not visiting his grandfather could somehow worsen his mental state or psychologically “trigger” him.

While Watkins had arranged for a place for Chansley to stay, and obtain mental health care, he failed to show how Chansley could be prevented from fleeing, noted Lamberth. The judge also raised the possibility that Chansley’s supporters could provide him with money to flee.

Chansley pleaded guilty last week to felony obstruction of an official proceeding during the Jan. 6 riot. But Lamberth said the court was “disappointed that Chansley’s acceptance of responsibility” for the the crime was “not more fulsome ... the Court would have appreciated a greater step forward in acknowledging the wrong he committed,” Lamberth added: “Harm befell the nation as a result of Chansley’s actions” on Jan. 6, the judge noted.