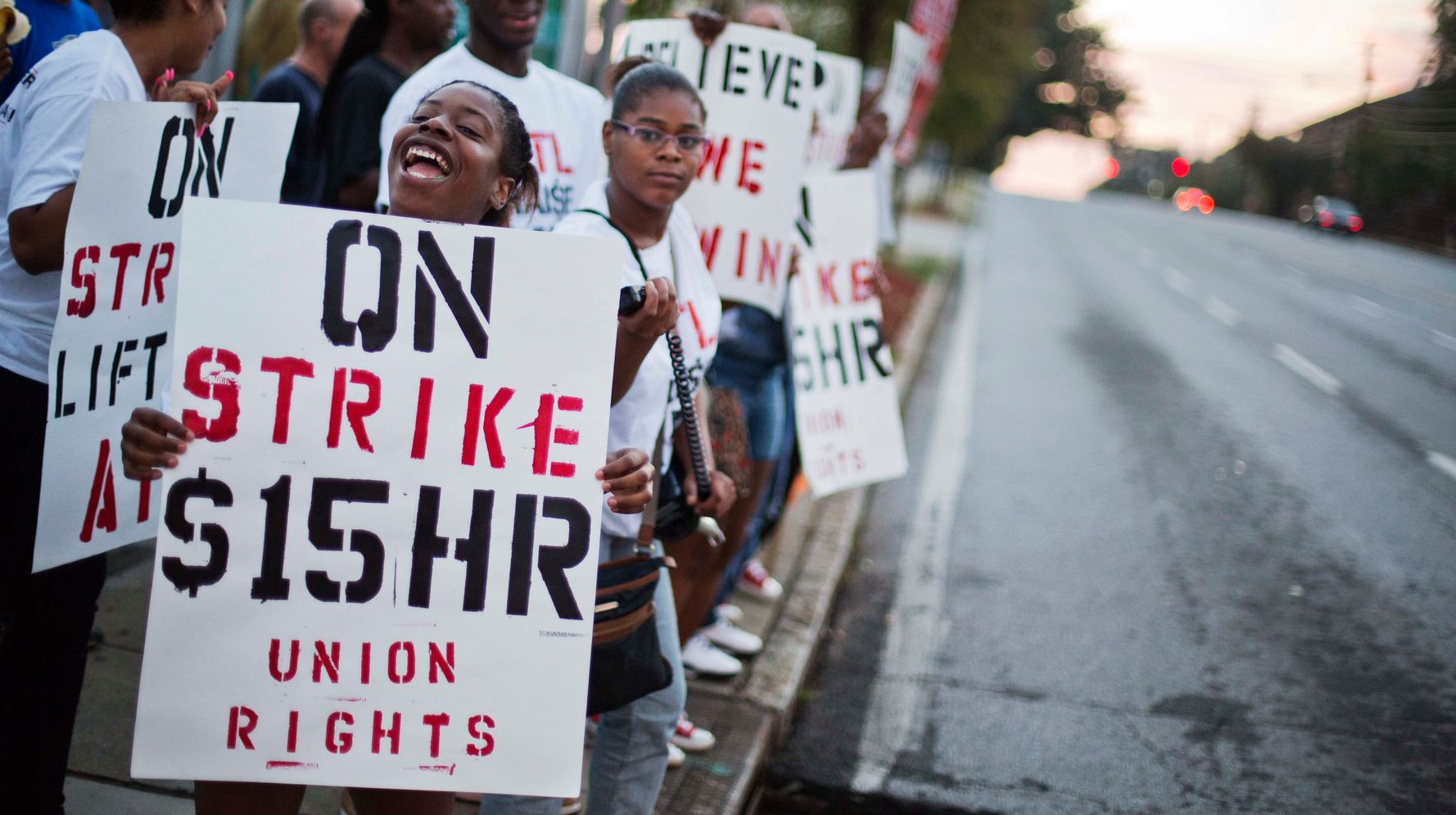 In the latest Gallup poll, 68% of respondents said they dig unions.

Labor unions are more popular with Americans than they have been in more than half a century, according to a new poll from Gallup.

Sixty-eight percent of respondents said they approve of unions, marking the highest level since 1965, when 71% said they approved. The high ratings continue a trend of growing popularity for unions since the Great Recession of 2007 to 2009, when favorability bottomed out at 48%.

Gallup conducts the poll on unions every year. Gallup’s Megan Brenan wrote that this year’s rate of 68% matches the average approval rating between 1936 and 1967, much of which was a historic period of growth for organized labor.

The approval of unions in the latest poll was particularly high among Democrats, at 90%. Forty-seven percent of Republicans said they approved of unions, and 66% of independents. Respondents were also more likely to approve of unions if they were young (77% of those ages 18 to 34) or identified as non-white (76%). (The full poll results can be viewed here.)

Despite more people saying they like unions, union membership is still hovering near a historic low. Just 9% of Gallup’s respondents this year were union members, consistent with the latest membership rate of 10.8% from the Bureau of Labor Statistics. The rate tends to be even lower in the private sector alone, where BLS reported that just 6.3% of workers are union members.

Unions have been pushing for what would be a historic overhaul of labor law to make it easier for workers to bargain collectively. The Protecting the Right to Organize Act, or PRO Act, would create new monetary penalties for companies that illegally bust unions, outlaw “right to work” laws that are on the books in a majority of states and give workers an easier path to securing a first union contract.

The PRO Act would carry out the most sweeping changes to collective bargaining law in more than 70 years. It has already passed the Democratic-controlled House, but it hasn’t garnered the support of all 50 Democrats in the Senate, let alone the 10 additional Republicans that would be needed to overcome a filibuster.

Democrats are considering trying to push some parts of the PRO Act through Congress on a party-line vote, through a process called budget reconciliation. Such a strategy would avoid a Senate filibuster but would limit how much of the legislation could be implemented. Unions are pushing Democrats to pursue the measure that would fine companies found to have violated labor law during organizing campaigns.

The reconciliation route, if Senate rules allow it, would still require more support than Democrats currently have for the PRO Act, since centrist Sen. Kyrsten Sinema (Ariz.) hasn’t yet signaled she would back it.

Liz Shuler, the new president of the AFL-CIO labor federation, recently told HuffPost that unions should seek to pass the PRO Act in its entirety but also take a piecemeal approach if that’s what the politics dictate.

In a statement Thursday, Shuler said the latest polling from Gallup should come as no surprise,” since workers “have finally been recognized as essential to our economy and society during the coronavirus pandemic.”

“The writing is on the wall, and it is time for Congress to respond to public opinion and the will of their constituents by passing the PRO Act,” she said.