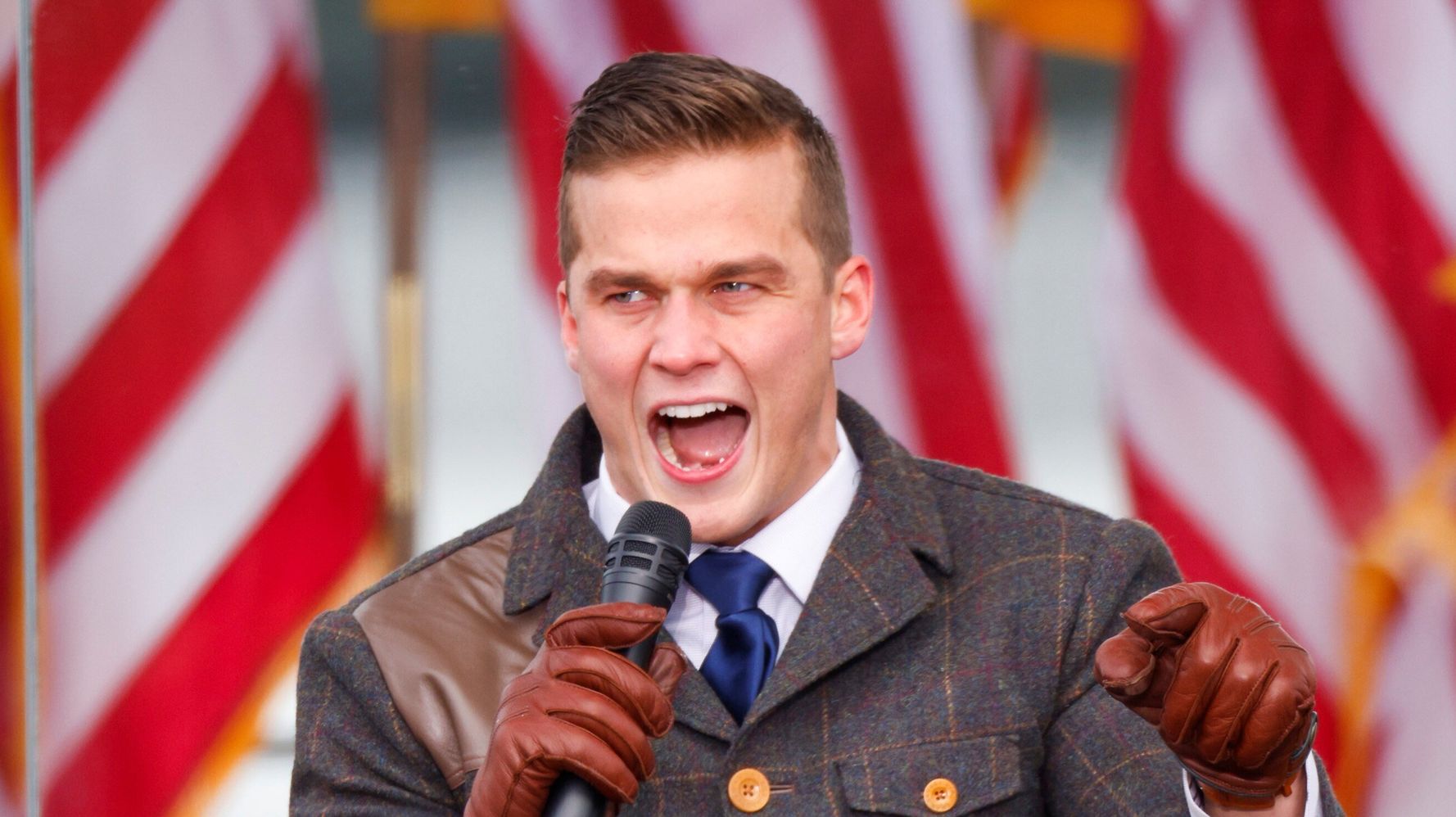 The GOP lawmaker failed to mention that time he tried to board a plane carrying a gun earlier this year.

Rep. Madison Cawthorn (R-N.C.) has stepped in it again, insisting Americans have a “constitutional” right to completely “free and unrestricted” travel anywhere in the U.S. without being vaccinated.

As for unrestricted, he apparently forgot that time earlier this year when he was stopped trying to board a plane carrying a gun and ammunition, which is illegal and not protected by the Constitution.

Cawthorn didn’t cite which constitutional clause he thinks grants freedom to people who won’t get vaccinated against the coronavirus pandemic in his Newsmax interview. He failed to mention airline requirements like providing identification, wearing a seat belt and not smoking. The airline industry is regulated by the Federal Aviation Administration, which sets safety regulations.

He also missed a landmark 1905 Supreme Court decision, Jacobson v. Massachusetts, that said vaccines can be mandated by local governments in a case that involved smallpox.

Constitutional scholar Madison Cawthorn says it would be illegal for airlines to require vaccines because, “you actually have a constitutionally protected right to free, unrestricted travel within the United States.” pic.twitter.com/CgzrUy7wU0

Road travel, of course, requires things like a driver’s license and obedience to rules of the road. And not driving while intoxicated.

Some Twitter wags noted that Cawthorn he must have been talking about those Revolutionary War airports that Donald Trump once referred to, and that’s why “unrestricted” air travel was written into the Constitution ― somewhere.

It wasn’t a stellar day for Cawthorn. He was also featured Thursday in a new  political video by the Really American PAC highlighting his violent threat last month that there will be “bloodshed” as he lied yet again that the presidential election was “rigged.”

The Trump-adoring lawmaker got plenty of pushback on “free and unrestricted” air travel on Twitter:

So we can take guns and knives on a plane?

This guy tried to sneak a gun on a plane. And got caught, thankfully.

Really and just where is that found in the Constitution? Because I don't see it. And there are lots of people who for various legal reasons are NOT allowed to travel anywhere without permission, some not at all. He should be one of those.

He's wrong about the scope of the right to travel. "[B]urdens on a single mode of transportation do not implicate the right to interstate travel." Miller v. Reed (9CA). "Minor restrictions on travel simply do not amount to a denial of a fundamental right." Cramer v. Skinner (5CA)

Footnote: The Constitution does not give anyone, especially this creep, the right to spread a contagious disease. E.g., Jacobson v Mass. (1905) (public health & safety law mandating a vax is constitutional).

Free, unrestricted travel huh? WTF is a drivers license for then? Why can't 13 year olds drive? Why aren't toll roads unconstitutional? Why do you need to register boats? Snowmobiles?

That's why George Washington took his troops by boat, horse or foot. He'd made them get vaccinated and they couldn't fly.

Can we pass a law that requires members of Congress pass a test on the US Constitution before they can serve? How can they honor their oath to uphold it if they don’t understand it?

He must have been super shocked when they stopped him trying to carry a weapon on board a flight.https://t.co/lUheIr92x5