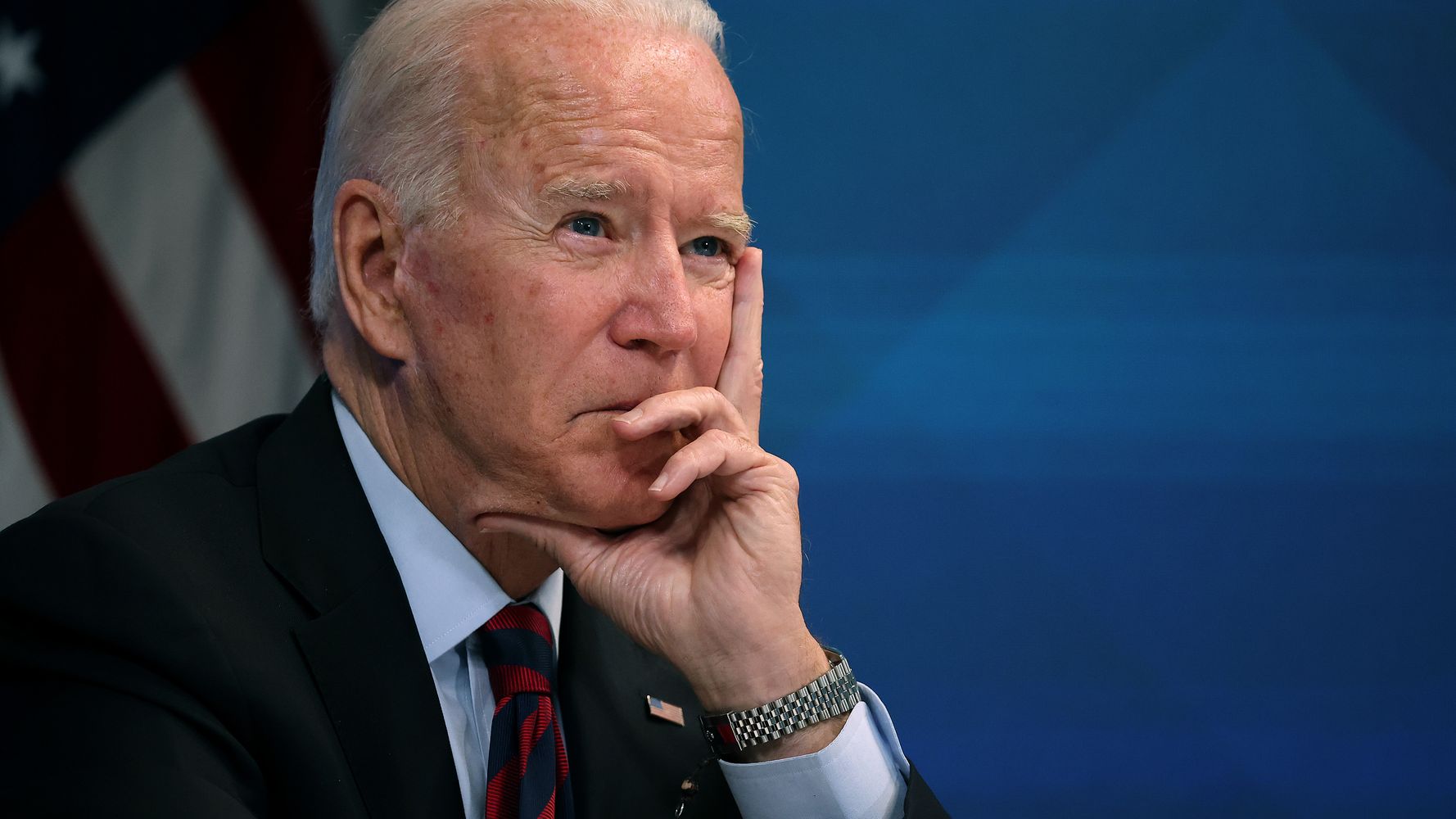 A host of powerful unions are helping the pharmaceutical industry battle a key plank of President Joe Biden’s agenda, a display of how broad the powerful lobby’s reach extends into Democratic politics.

The unions, mostly in the building trades, are members of a joint advocacy group, the Pharmaceutical Industry Labor-Management Association, that is airing television ads attacking the House Democratic plan to empower the federal government to negotiate lower prescription drug prices. The group, known as PILMA, grew out of the industry’s use of union labor to build and maintain its research and manufacturing facilities.

“In hard times, America’s best answered the call: Skilled union workers and scientists came together to develop vaccines and defeat COVID-19. But bad policy proposals like H.R. 3 and similar provisions being considered in the U.S. Senate will put their jobs in jeopardy,” the TV spot says, referring to the legislation. “It will cost America thousands of jobs, stifle innovation and discovery of new medicines, and put barriers between patients and their medications.”

The ad, which is airing nationally, goes on to ask viewers to contact their member of Congress to oppose H.R. 3.

Biden has made it clear that he considers the prescription drug pricing plan to be a major part of his agenda, and congressional Democrats are expected to include it in a $3.5-trillion education, health and social spending package they will negotiate in the coming months. The party sees the plan as both a way to stop rising costs from swamping families, and as a political winner that will help the senior citizens who consistently turn out for midterm elections.

“What I’m proposing would reduce the total cost by thousands of dollars and seniors would not pay more than $250 a month on average,” Biden said in a speech last month. “That’d be a game changer.”

PILMA is also running ads in California and Oregon thanking Democratic Reps. Scott Peters (Calif.) and Kurt Schrader (Ore.), who signed a letter implicitly objecting to H.R. 3 as it is currently written. Peters and Schrader, who are among the House’s top recipients of pharmaceutical industry PAC donations, joined eight Democratic colleagues in expressing their preference for bipartisan drug legislation that enhances the United States’ “innovation ecosystem,” in lieu of H.R. 3.

Even so, PILMA’s ad campaign represents an unusual assault from a faction of organized labor on one of Biden and congressional Democrats’ highest priorities.

An influential federation of building trades unions told HuffPost that it disagrees with the ads, but the organization remains on PILMA’s board, giving the TV spots organized labor’s implicit stamp of approval.

The core provisions in H.R. 3 would override a 2003 law expanding Medicare to include prescription drugs that barred the federal government from negotiating lower prices for the drugs it pays for. Any effort to water it down not only threatens Democrats’ efforts to provide relief for Americans struggling to pay high drug prices, but also jeopardizes the larger budget package’s financing mechanism, since lower prescription drug payments are projected to save the federal government more than $450 billion over a 10-year period and generate an additional $45 billion in new revenue.

“This to me is just the latest example, frankly, of how some unions are willing to allow their valuable political capital to be hijacked,” said a longtime strategist for organized labor, who asked for anonymity to protect professional relationships. “What these pharma corporations care about is being able to point to worker and labor support in lobbying certain Democratic legislators. That’s what this is ― period, end of the story.”

Not all building trades unions are members of PILMA: The International Union of Painters and Allied Trades (IUPAT), which tends to be more progressive than the other building trades, is not a supporter of the organization. A spokesman for the union declined to comment.

This is one time where you’ve just got to kind of nudge your friend and say, ‘Let’s look at the long-term thing, what’s going to happen here.' Randy Bryce, union iron worker and former congressional candidate

North America’s Building Trades Unions (NABTU), a labor federation that represents more than 3 million workers in 14 unions, is also on PILMA’s board. In a statement to HuffPost on Thursday ― after PILMA had aired hundreds of thousands of dollars worth of ads ― the group attempted to back away from the ad’s message.

“We do not support these ads,” said NABTU spokesperson Betsy Barrett.

But PILMA’s executive director Tim Dickson confirmed to HuffPost that the organization’s board, which includes NABTU chief of staff Mike Monroe, arrives at all of its public-facing policy positions, including its opposition to H.R. 3, by unanimous consensus.

SMART — whose general president, Joseph Sellers, is also president of PILMA — reiterated its opposition to H.R. 3.

“SMART steadfastly supports and shares the goal of affordable access to prescription drugs for all Americans,” said SMART spokesperson Paul Pimentel. “At the same time, we are opposed to efforts that would harm opportunities for current and future workers to work in an industry that provides a path to a middle-class career.”

Asked to respond to criticism that its opposition stymies Biden’s agenda, Pimentel said that SMART’s stance reflects its commitment to providing “jobs that will put [workers] on the path to a stable career.”

“The jobs that would be harmed by this legislation as written are among those that would provide these types of opportunities,” Pimentel said.

Randy Bryce, a former Wisconsin congressional candidate and longstanding member of the Iron Workers union, called for building trades unions to consider the impact that PILMA’s advocacy work might have on its own members, given how drug prices affect the cost of the union’s health care plan.

“It’s great to have these alliances where they’re going to use union help,” he said. “But this is one time where you’ve just got to kind of nudge your friend and say, ‘Let’s look at the long-term thing, what’s going to happen here.’”

Pimentel, the SMART spokesperson, acknowledged that prescription drug prices contribute to the rising costs of the union’s health care plans, but said the union weighs that against the importance of the jobs needed to sustain those plans.

“An even greater threat to these plans would be a lack of jobs and work hours that pay into these plans and make health care affordable to a wider range of members and their families,” he said.

The building trades unions, often comprised of workers with more advanced skills than other unions, are famous for supporting virtually any policy that provides new jobs for their members. That has sometimes put them at loggerheads with other stakeholders in the progressive movement.

For example, to the consternation of environmental groups, NABTU and its member unions have consistently worked with the fossil-fuel industry companies that employ them to support continued oil and gas extraction, as well as the construction of pipelines and other infrastructure to transport those resources.

A few years ago, building trades unions in Seattle vehemently opposed the city’s effort to impose a “head” tax on employees of large corporations in order to expand services for the homeless population. The unions banded with Amazon to warn that the measure would destroy jobs by decreasing corporate development in the city. Some rank-and-file union iron workers even showed up at a rally for affordable housing to heckle Seattle Councilwoman Kshama Sawant, a socialist, in May 2018.

“The notion that these unions are going to allow these self-interested employers to use their valuable political capital in service of preventing an incredibly important policy objective that would benefit tens of millions of workers both union and non-union is a reminder of some of the reactionary elements within leadership of the labor movement,” the union strategist told HuffPost.

PILMA is entirely funded by PhRMA, the pharmaceutical industry’s trade group, according to Dickson of PILMA.

Dickson noted, however, that PILMA does not merely advocate for industry priorities. PILMA has also promoted policies favored by the building trades unions that are not of direct importance to pharmaceutical companies. For example, the group has spoken in opposition to expanding industry control over construction apprenticeship programs, and in support of prevailing wage laws that protect unions’ ability to compete on a level playing field.

PILMA’s spending ― about $300,000, according to a Democratic strategist tracking media buys ― is just a small slice of the industry’s efforts to battle prescription drug pricing reform. The industry has spent more than $18 million on ads opposing Medicare price negotiation, according to Politico. It’s also funded at least eight different groups running ads against price negotiation, including nonprofits affiliated with House and Senate GOP leadership and groups claiming to represent seniors.

The AARP, along with various Democratic super PACs and nonprofits, are running millions of dollars in ads promoting the president’s agenda. Two major Democratic polling firms ― Lake Research Partners and Hart Research Associates ― wrote a memo last month about the popularity of the proposal and its importance to the party’s agenda.

“As Congress debates ending the ban on Medicare negotiation in the budget reconciliation package, it is clear that Americans, including seniors, think allowing Medicare to negotiate lower drug prices is one of the best ways to address concerns about rising prices,” the pollsters wrote. “They want Congress to act.”