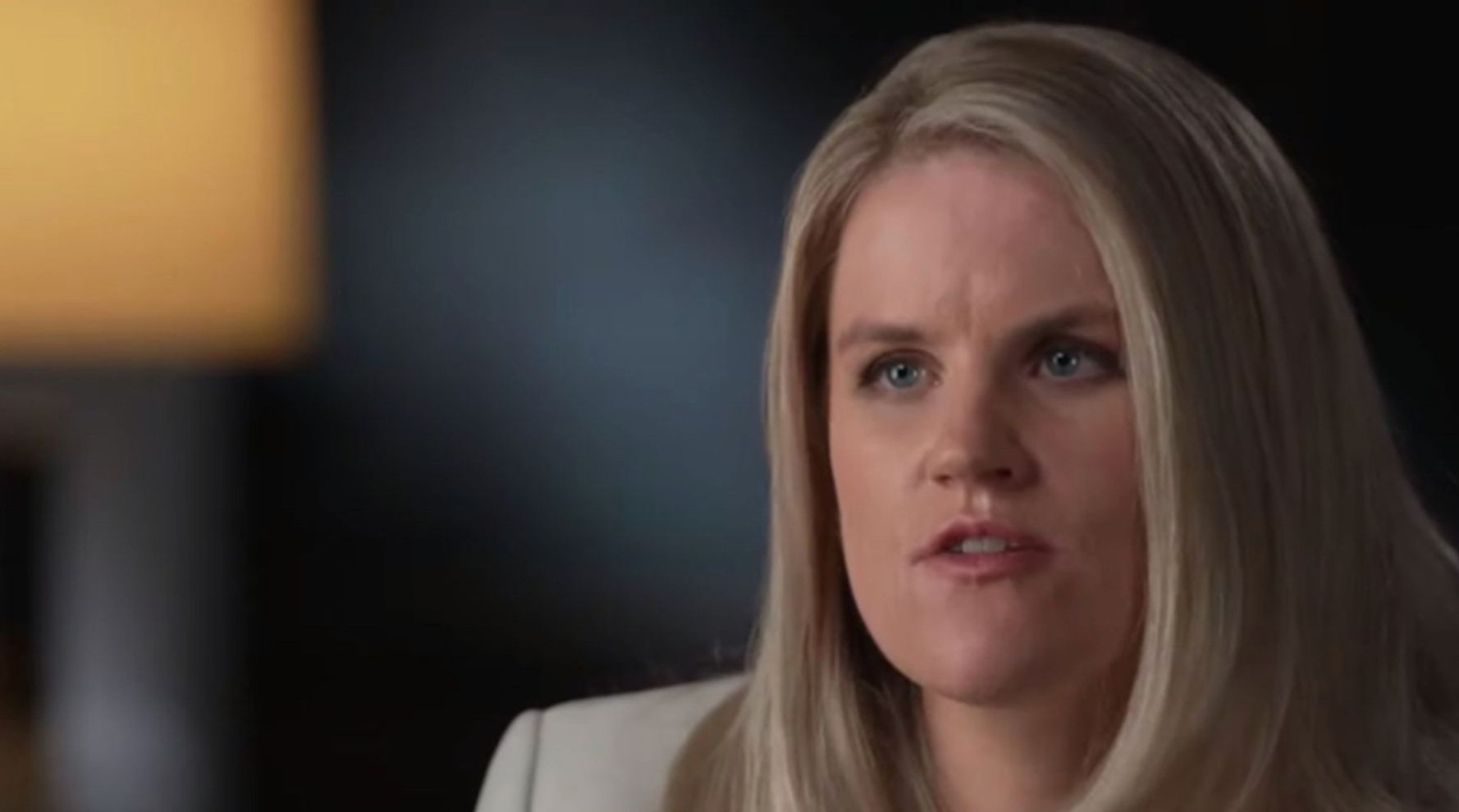 Haugen, who worked on Facebook's civic misinformation team, secretly copied thousands of internal documents before leaving the company in May.

A whistleblowing former Facebook employee publicly revealed her identity for the first time on “60 Minutes” Sunday to condemn the company for helping to fuel the violent Jan. 6 Capitol insurrection and exacerbating the political polarization around the world.

The whistleblower, Frances Haugen, worked as a product manager on Facebook’s civic misinformation team during and after the 2020 election. She was so disturbed by several actions taken by Facebook during that time, she told Scott Pelley of “60 Minutes,” that she leaked tens of thousands of pages of internal research to lawmakers, regulators and The Wall Street Journal, which did a series of stories called “The Facebook Files.”

Haugen said that the company’s own evidence shows that Facebook is lying to the public about making significant progress against hate, violence and misinformation. Haugen’s lawyers have filed at least eight complaints with the Securities and Exchange Commission alleging that Facebook lied to investors about it actions.

“I don’t trust that [the company is] willing to actually invest what needs to be invested to keep Facebook from being dangerous,” Haugen said.

The key problem, Haugen argued, is that Facebook’s business is built around driving as much engagement as possible from the social network’s billions of users, and data shows that social media users engage more with inflammatory content.

“Facebook over and over again, chose to optimize for its own interests, like making more money,” Haugen said.

“When we live in an information environment that is full of angry, hateful, polarizing content it erodes our civic trust, it erodes our faith in each other, it erodes our ability to want to care for each other,” she added. “The version of Facebook that exists today is tearing our societies apart and causing ethnic violence around the world.”

Haugen finally decided earlier this year that she could no longer stay at the Facebook, she said, and secretly copied tens of thousands of pages of internal research.

“I realized, ’Okay, I’m gonna have to do this in a systemic way, and I have to get out enough that no one can question that this is real,’” she said.

Haugen left the company in May.

Concerning the Jan. 6 insurrection, Haugen criticized Facebook for dropping election safety protocols that were part of a program known as “Civic Integrity” too quickly after the vote — and, crucially, before President Joe Biden was sworn in. Extremists subsequently weaponized Facebook to plan the Capitol riot. Facebook posts have repeatedly been cited by federal prosecutors in cases against the Capitol insurrectionists.

Soon after the election, “they told us, ‘We’re dissolving Civic Integrity.’ Like, they basically said, ‘Oh good, we made it through the election. There wasn’t riots. We can get rid of Civic Integrity now.’ Fast forward a couple months, we got the insurrection,” said Haugen.

Facebook learned last week that Haugen was to appear on “60 Minutes” and sent a pre-emptive message to staff defending Facebook’s actions on Friday.

“Social media has had a big impact on society in recent years, and Facebook is often a place where much of this debate plays out,” said the 1,500-word memo written by Nick Clegg, Facebook’s vice president of policy and global affairs. “But what evidence there is simply does not support the idea that Facebook, or social media more generally, is the primary cause of polarization.”

The memo, which was obtained by The New York Times, stated that the “increase in political polarization in the U.S. pre-dates social media by several decades.” Clegg hailed actions the company has taken to crack down on hate speech and inaccurate, inflammatory posts.

With a “third of the world’s population” engaged with Facebook, “of course you see the good, the bad, and the ugly show up on our platform,” he said on CNN’s “Reliable Sources.”

“Our job is to try to mitigate the bad, reduce it, and amplify the good,” and that’s what Facebook’s internal research is helping it to do, he insisted.

Clegg admitted that Facebook research shows Instagram can further harm body image issues for some teens “already” struggling. Facebook aims to “mitigate” that effect, but won’t be able to eliminate it, he claimed.

"For teenage girls, is the world better with Instagram in it or worse?" @brianstelter presses Facebook's Vice President of Global Affairs Nick Clegg on accusations that Instagram perpetuates body image issues among its users. pic.twitter.com/TIZicv3a9w