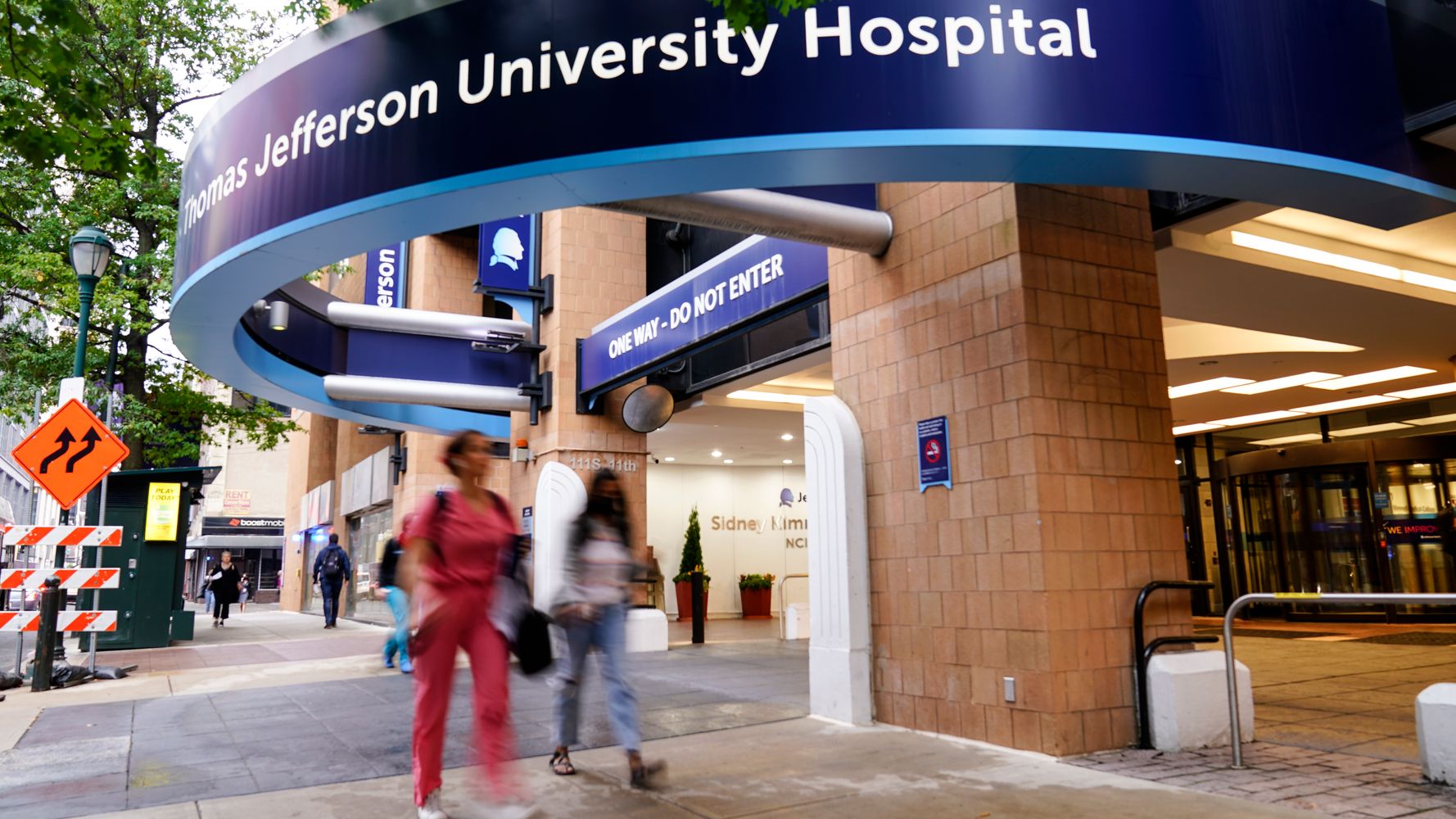 The suspected shooter, wearing body armor and armed with multiple weapons, was captured after Philadelphia police shot him.

A Philadelphia hospital nursing assistant wearing scrubs and body armor shot a co-worker to death inside the medical facility early Monday before fleeing and wounding two police officers in a gunfight, authorities said.

The suspected killer, carrying multiple weapons ― including an assault-style rifle resembling an AR-15 ― was captured after police shot him in his upper body and neck. He was listed in critical condition and would likely survive, the police commissioner said.

The suspect, a 55-year-old who may have entered Thomas Jefferson University Hospital in Center City in ways that only employees can access, fatally shot a 43-year-old fellow certified nursing assistant on the ninth floor and then took off in a U-Haul van, Police Commissioner Danielle Outlaw said at a news conference later Monday.

A motive for the attack was unclear, Outlaw said. Neither the victim nor the suspect was publicly identified.

About an hour after the killing, police spotted the suspect, who opened fire on four responding officers, wounding two of them, Outlaw said. All four returned fire.

“It’s still really early. We’re going through the deceased’s history, obviously, to find out what was going on between the two of them, and we’re looking through the shooter’s history as well,” Outlaw said.

“We do believe that the other employee was targeted,” she added.