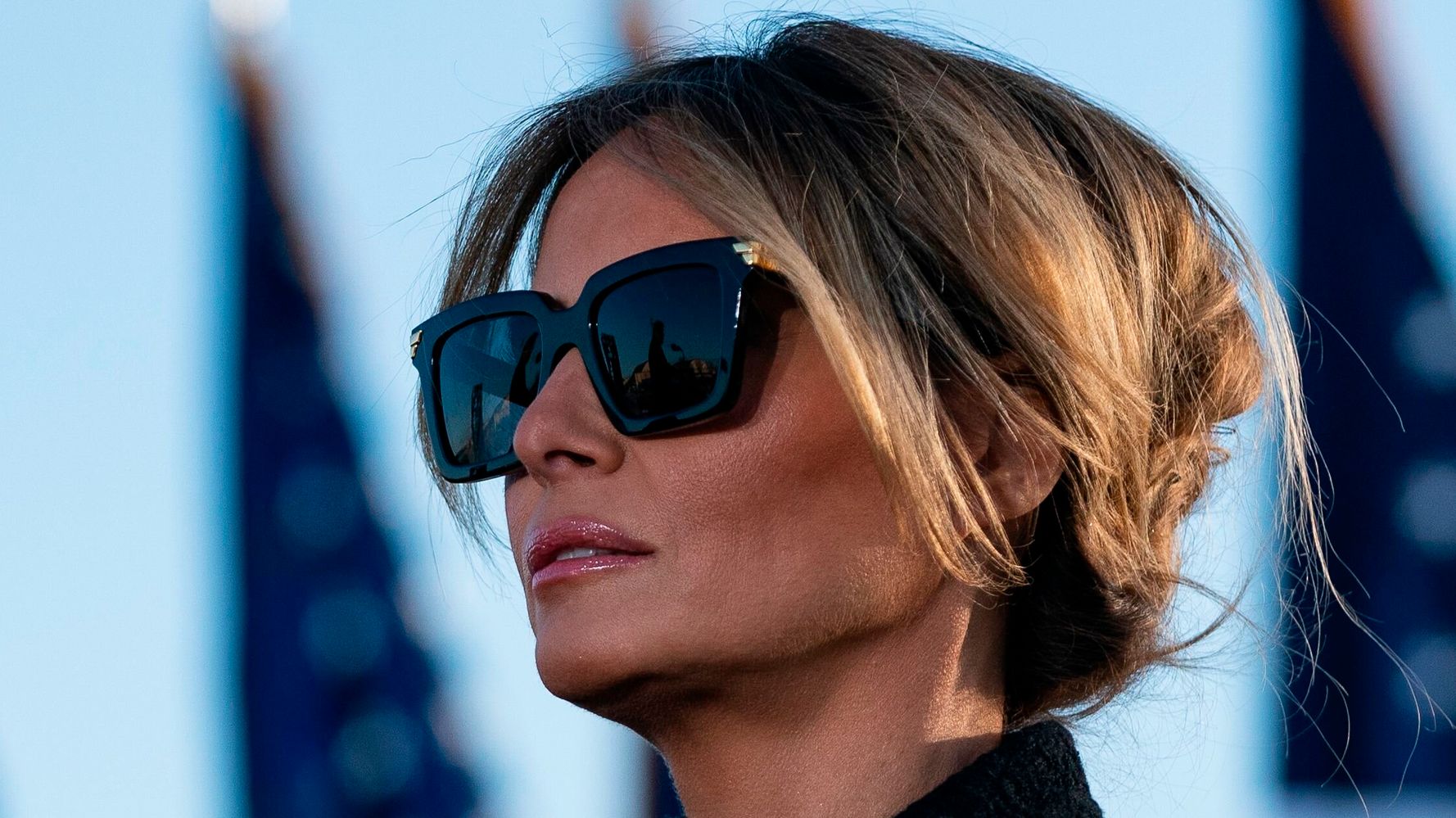 The former White House press secretary said she expected such attacks but says the former first lady "knows that I have ... receipts to show that I’m being fully honest.”

Excerpts from Grisham’s book, “I’ll Take Your Questions Now: What I Saw at the Trump White House,” to be published Tuesday, have been hugely embarrassing for the Trump family.

Grisham, who became the first lady’s chief of staff after serving as White House press secretary, wrote about then-President Donald Trump’s “terrifying” temper in a chaotic White House. She wrote that he had a creepy, “unusual interest” in one of her assistants. Grisham also said that an aide feared the Trumps, with all the grown children and spouses in tow, would “look like the Beverly Hillbillies” when they met Queen Elizabeth in 2019.

Donald Trump also described his penis to Grisham in a phone call, according to the book, after remarks about it were made by a former mistress. And she said that “obnoxious, entitled know-it-alls” Ivanka Trump and husband Jared Kushner hijacked the White House’s early response to the COVID-19 pandemic.

As for the former first lady, Grisham compared her to French queen Marie Antoinette and said that Melania Trump, busy with a photo shoot for a new rug, flatly refused to send out a message condemning the ongoing violence at the U.S. Capitol on Jan. 6. Grisham quit later that day.

Melania Trump said in a statement from her office that Grisham had “manipulated” the truth.

“The author is desperately trying to rehabilitate her tarnished reputation by manipulating and distorting the truth about Mrs. Trump,” said the statement. “Ms. Grisham is a deceitful and troubled individual who doesn’t deserve anyone’s trust.”

NEW statement from @OfficeofMelania on Stephanie Grisham:
“The author is desperately trying to rehabilitate her tarnished reputation by manipulating and distorting the truth about Mrs.Trump.
Ms. Grisham is a deceitful and troubled individual who doesn’t deserve anyone’s trust.”

Grisham told ABC News’ George Stephanopoulos in an interview Monday that she “expected” such attacks and expects more.

“This is right out of their playbook,” she said. “When they don’t like the message, they’re going to destroy the messenger. ... I notice she’s not denying anything fully in the book just yet. I think she knows that I have a lot of receipts to show that I’m being fully honest.”

Grisham also said she now regrets enabling the Trump culture of dishonesty with her work in the White House. She said she stayed because she was ignorant of much of the wrongdoing behind the scenes and was captivated by Donald Trump’s energy and popularity.

“I now want to, in whatever way I can, educate the public about the behaviors within the White House because it does look like he’s going to try to run in 2024,” she said. Grisham warned that if Trump returns to the Oval Office he will focus on “revenge.”

Grisham first served as an aide to Trump during his 2016 presidential campaign. She was the first press secretary in U.S. history never to hold a press conference — at Trump’s orders, according to her book.

EXCLUSIVE: Stephanie Grisham breaks her silence about what she saw inside the Trump White House.

When asked by @GStephanopoulos if it was a mistake to work for President Trump, Grisham says “yes." https://t.co/o3FCyKjxtw pic.twitter.com/KX2BwzR6BU