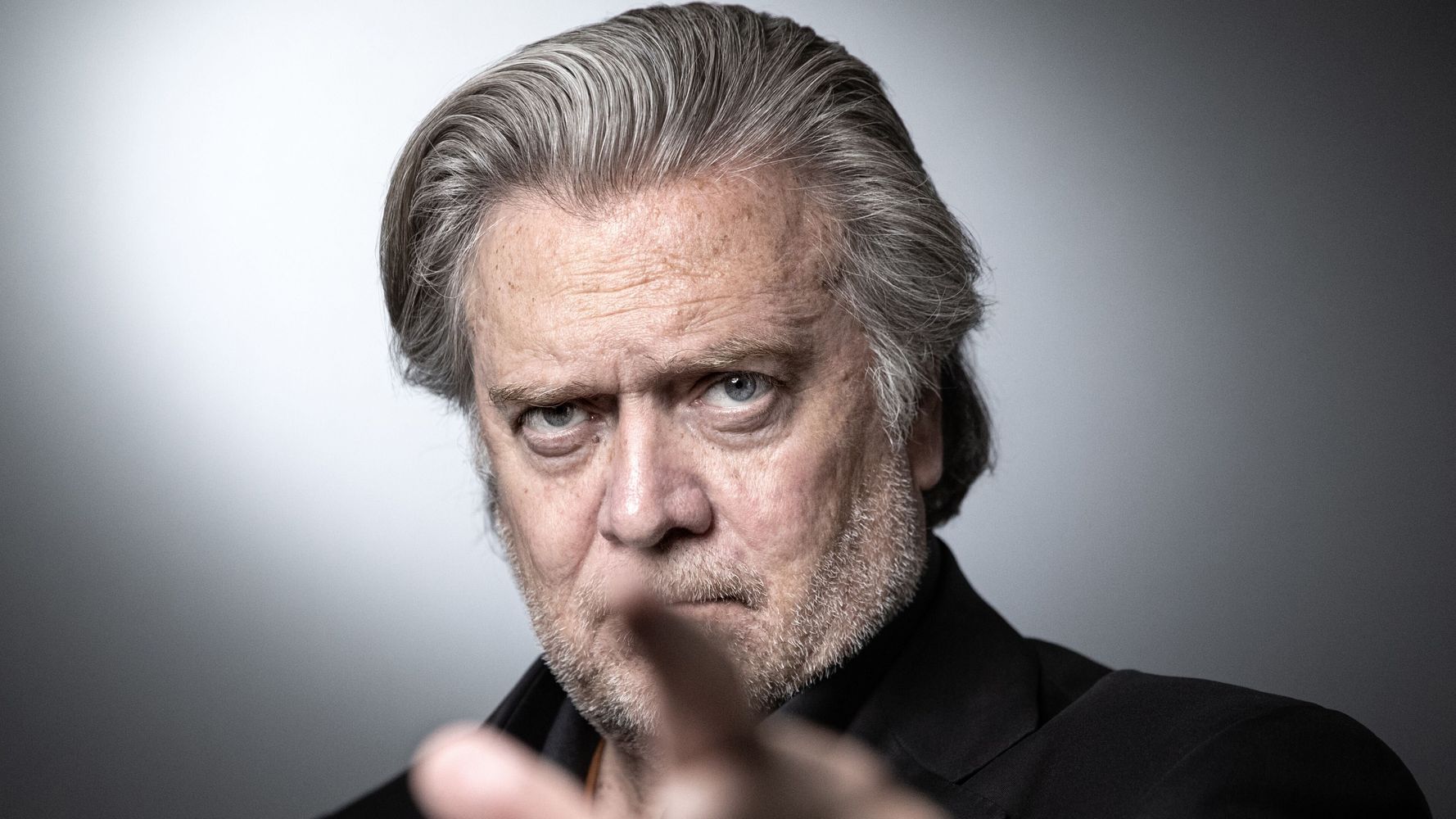 Bannon ups numbers of "troops" that will "deconstruct" the state once a Republican is back in the White House from 4,000 to 20,000.

Former White House strategist Steve Bannon on Monday dug in on this threat that Donald Trump-loyal “shock troops” will move to “deconstruct” the federal government﻿ the minute a Republican takes over the Oval Office again.

Steve Bannon said this morning he will have 20K "shock troops" on standby. "We control this country," he added. "We have to start acting like it." pic.twitter.com/R47m5nVC78

Bannon referred to 4,000 “shock troops” in an interview with NBC News on Saturday after the network reported that he had met earlier in the week with the party faithful to exhort them to prepare to “reconfigure the government” once a Republican is in the White House.

“If you’re going to take over the administrative state and deconstruct it, then you have to have shock troops prepared to take it over immediately,” Bannon told NBC. “I gave ’em fire and brimstone.”

“Shock troops” is a military term for an advance team of trained soldiers who carry out lightning-fast assaults. Many found Bannon’s use of the term extremely disturbing, particularly in the wake of the violence of the Jan. 6 riot at the U.S. Capitol. Critics said Bannon’s reference to shock troops “deconstructing” the “state” appeared to be a call for an anti-democracy coup.

But Bannon attempted to veil his violent rhetoric as a call for “shock troop” bureaucrats.

He spoke last week at the Capitol Hill Club at the invitation of a new right-wing organization called the Association of Republican Presidential Appointees, according to NBC. The group was formed as a resource for future GOP officials to quickly fill federal jobs.

Bannon, who ran Trump’s 2016 presidential campaign, said at the meeting last week that the former president’s agenda to pack the government with loyalists was delayed because Trump couldn’t move quickly enough to fill about 4,000 posts.

Bannon told NBC that he wants to see “pre-trained teams ready to jump into federal agencies” when the next Republican president takes office.

Bannon was one of four close Trump associates subpoenaed earlier last week to appear before the House select committee investigating the Jan. 6 Capitol insurrection. Investigators said Bannon urged Trump to focus efforts to return to the White House on the Jan. 6 action.

Bannon admitted last week on his podcast that he told Trump before the insurrection: “You need to kill this [Biden] administration in its crib.”

That led Harvard constitutional law expert Laurence Tribe to wonder why the Department of Justice hadn’t convened a grand jury to consider sedition charges against Bannon.

The former president contradicted Bannon on Monday, insisting the two hadn’t spoken near the end of his administration.

“So is he lying when he says he was talking to you in the last months of your administration?” Trump was asked on Yahoo Finance Live.

Trump responded: “Very little. We would speak very little. Now, Steve and I spoke very little. But I will tell you, he was very supportive.”

Trump early this year pardoned Bannon, who faced multiple fraud counts in the Southern District of New York following an indictment a year ago for allegedly stealing funds from Trump supporters who donated to a charity he controlled, which purported to raise money to help build Trump’s wall along the southern border.

this broadcast should have been interrupted by the FBI knocking on the door. what the f is going on in this country

Listen to Steve Bannon and he'll tell you everything you need to know about an upcoming coup.

Excellent Question!
1 I'm screaming at the top of my lungs-w words.

He’s being quite Literal.

And . . . here we go again. Steve Bannon, formerly indicted for stealing from Trump’s MAGA base then pardoned by his criminal associate, is preparing for round two of destroying our democracy. This is what happens when lawlessness goes unchecked. #JusticeMatters https://t.co/iLzBXObFjR