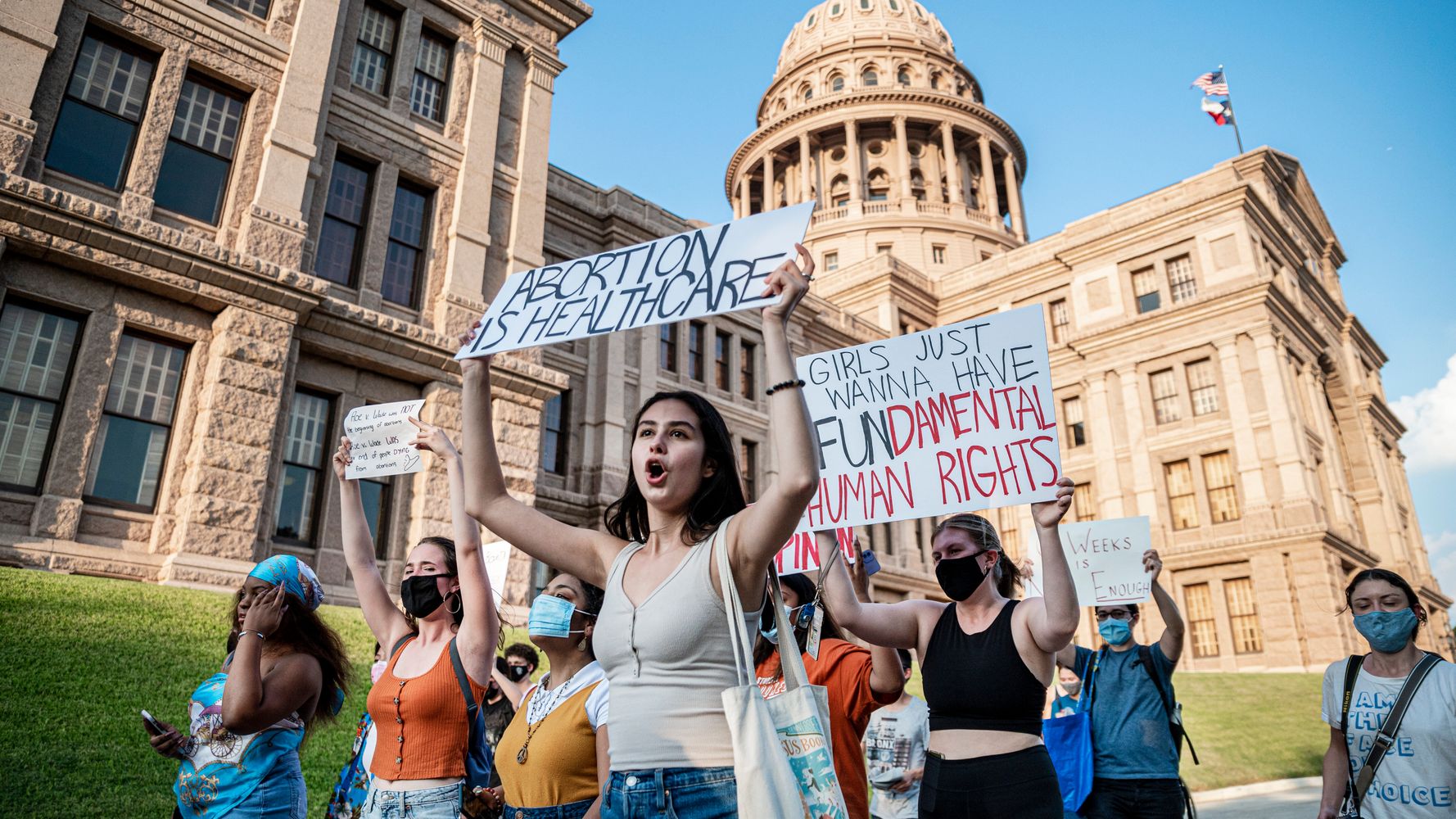 A U.S. District Court judge also raised questions about unusual enforcement of the most restrictive abortion law in the nation at the first federal court hearing.

An attorney for the  Department of Justice on Friday slammed the “terrifying” and “subversive” new Texas abortion law for empowering “vigilante bounty hunters” to shred women’s constitutional rights.

Such an enforcement “ploy,” designed to dodge judicial review, is an “open threat to the rule of law,” attorney Brian Netter argued in the first federal court hearing involving the law in the U.S. District Court for the Western District of Texas. He accused the state of launching “an unprecedented attack on the supremacy of the federal government.”

The three-hour virtual hearing was held to consider a request by the Justice Department to block the law, which has been in effect for a month and is the most restrictive in the nation.

The law bars abortions after six weeks, before most women even know they’re pregnant. Enforcement is through citizen vigilantes, who can win $10,000 in civil damages if they successfully sue anyone who “aids and abets” an abortion — from a doctor to a driver.

District Judge Robert Pitman appeared to agree with Netter that the vigilante enforcement mechanism was a strategy designed to shield the Texas government from a legal challenge. He questioned why Texas went “to such great lengths” to create what he characterized as an unusual law aimed at hindering judicial review. “That’s what the whole statute was designed to do,” Pitman said, according to The Wall Street Journal.

Attorney Will Thompson, representing Texas, claimed there was nothing unprecedented about a state empowering private individuals to enforce a state law in state courts, Law & Crime reported.

He also underscored the ploy by telling the judge that it’s not possible to issue an injunction because there’s no one (such as Texas Gov. Greg Abbott) whom the court could prohibit from enforcing the law — because no one in government is responsible for enforcing the law.

The judge didn’t seem entirely convinced, the Journal noted, and he asked several questions concerning a possible injunction. Pitman didn’t say when he would issue a ruling.

Netter argued that vigilantes trying to enforce the law were “state actors” proceeding at the behest of the state government and that the state was still accountable.

He warned that if vigilantes are empowered to enforce other questionable laws, a citizen in the future could hypothetically be empowered to sue someone for $1 million for criticizing a president — even though it would violate First Amendment rights.

The Justice Department filed its lawsuit Sept. 9, arguing that Texas had adopted a near-ban on abortion in open defiance of the Constitution.