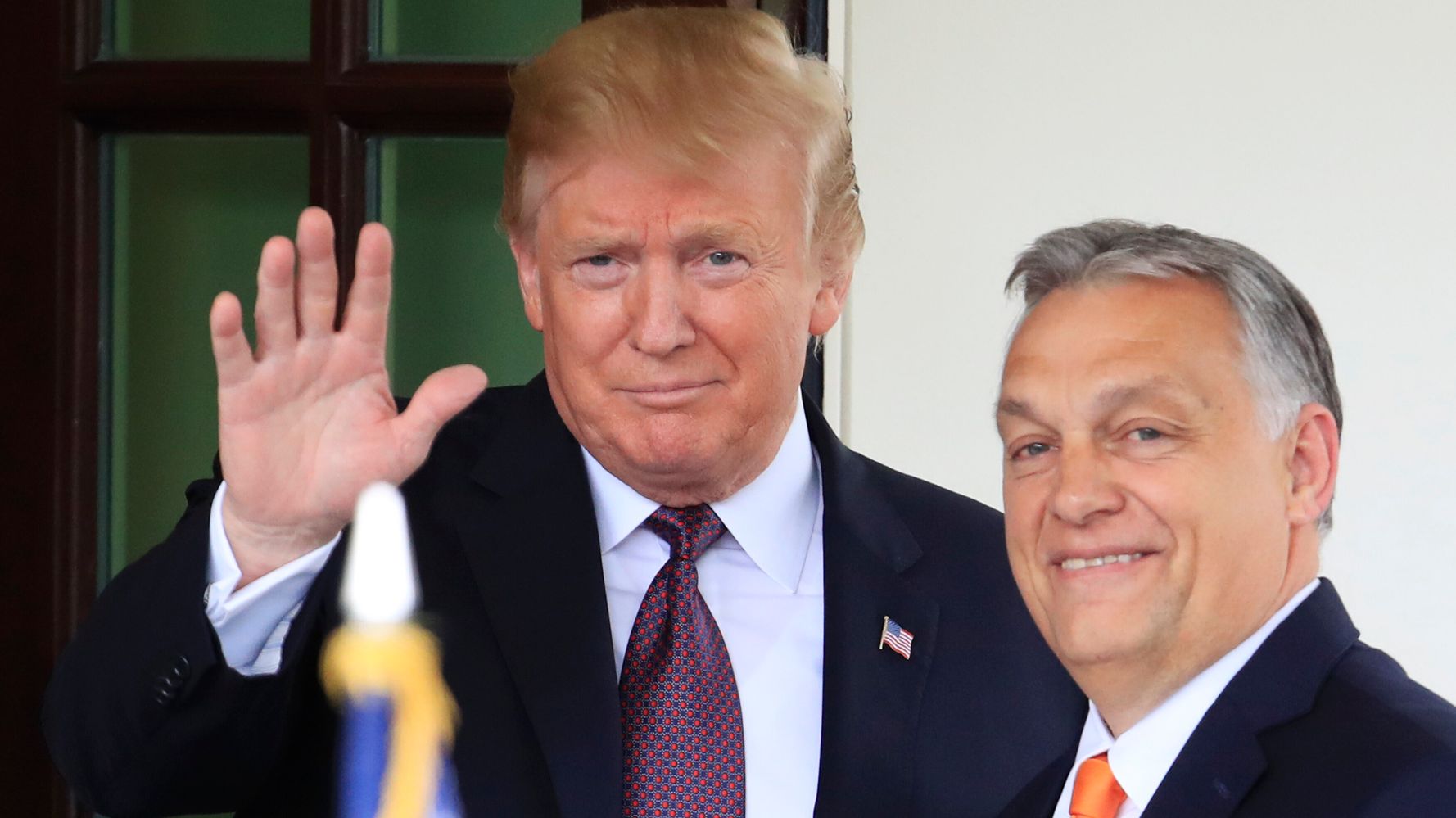 Tucker Carlson, the American Conservative Union, and even Mike Pence are paying homage to Europe’s most autocratic, anti-immigrant, anti-LGBTQ leader.

From a full week of programming by Fox News’ Tucker Carlson from Budapest to a Conservative Political Action Conference event in Hungary next spring to a visit by a former Vice President Mike Pence to a “demography summit” last month, American conservatives are lavishly praising a former Soviet satellite sliding back into autocracy.

“These days, all roads lead to Viktor Orbán’s Budapest for the GOP and its American media and political allies…. It’s crazy that CPAC will be there,” said Ruth Ben-Ghiat, a New York University history professor who has been warning for years of the Republican Party’s drift toward authoritarianism under Trump. “Destroying democracy at home goes hand in hand with making America a partner of autocracies abroad.”

The new outright admiration of Orbán’s rule is worrisome, said Heather Conley, director of the Europe, Russia, and Eurasia program at the Center for Strategic and International Studies. “There is certainly a shared agenda between Orbanism and some elements of the Republican Party. Both have instrumentalized faith and traditional values for political mobilization and gain,” she said. “But what should be of the greatest concern is that [the] anti-democratic nature of Orbanism is now becoming more attractive as well.”

Human rights and democracy advocates roundly condemn Orbán for his efforts to take over Hungary’s independent judiciary, stifle the free press, attack institutions like universities, and vilify immigrants and the LGBT community.

Human Rights Watch writes of Hungary: “The government has made access to asylum close to impossible, interferes with independent media and academic freedom, and undermines the rights of women and LGBT people, including blocking the implementation of the Istanbul Convention that aims to prevent violence against women.”

And the think tank Freedom House gives Hungary a “partly free” rating — making it the only member of the European Union in that lower category, a ranking it shares with nations including Pakistan and Albania.

The EU, in fact, has punished Hungary for its policies that violate the group’s principles. It is currently delaying billions of euros in economic recovery assistance in an attempt to force Orbán to modify his policies.

But the concerns of the EU and democracy activists have done nothing to cool U.S. conservatives’ ardor for Orbán.

In August, Carlson, whose top-rated cable show routinely pushes white-nationalist themes about immigration, spent a week broadcasting from Budapest, including a softball interview with Orbán.

In late September, Pence appeared at the fourth biannual “Budapest Demographic Summit,” which Orbán has created as a forum to denounce immigration and instead urge families to have more children to reverse Hungary’s declining population.

“We see a crisis that brings us here today, a crisis that strikes at the very heart of civilization itself. The erosion of the nuclear family marked by declining marriage rates, rising divorce, widespread abortion and plummeting birth rates,” Pence said in his speech. He also praised Hungary’s stricter abortion laws and said he hoped similar laws would soon be possible everywhere in the United States. “It is our hope and our prayer that in the coming days, a new conservative majority on the Supreme Court of the United States will take action to restore the sanctity of life at the center of American law.”

And that same week, the American Conservative Union’s CPAC, where Ronald Reagan’s calls for freedom in Eastern Europe were once revered, revealed it would hold an event in Hungary in March, according to the Hungarian news site 24.hu.

ACU Executive Director Dan Schneider was cited in the article about the announcement: “Hungary is an excellent place to host the CPAC. The essence of conservative ideology is to preserve the best old values ​​for everyone, Schneider said, saying liberals are destroying everything traditional with their ‘strange ideas.’”

CPAC officials did not respond to HuffPost’s queries about Hungary.

Al Cardenas, a former ACU chairman, said he cannot understand the group’s thinking anymore. “I have no clue,” he said. “This Hungary thing has me baffled a bit. The leader of Hungary is certainly no one to be emulated in terms of values.”

But Trump and his anti-immigration allies have praised Orbán for years. Trump even invited him to the White House in 2019 and told him how much he admired him. “It’s a great honor to have with us the prime minister of Hungary. And Viktor Orbán has done a tremendous job in so many different ways. Highly respected. Respected all over Europe,” Trump said.

Orbán, in his remarks at last month’s summit, bemoaned Trump’s reelection defeat as one of many setbacks that right-wing “nationalists” have taken of late. “We have suffered heavy political losses in recent years. The Tories have left the European Union, President Trump was not able to continue in office, and Prime Minister Netanyahu now leads the opposition in Israel,” Orbán said. “Anyway, the situation is difficult, Mr. Vice President. We want you to return as soon as possible.”

Trump tried to overthrow U.S. democracy after losing his election by 7 million votes. Despite that, he remains the de facto leader of the Republican Party, leading in most polls of GOP voters for the 2024 nomination.

Pence, who refused Trump’s demands that he declare Trump, rather than Democrat Joe Biden, the winner of the election at the Jan. 6 congressional certification, is also presumed to be running for the GOP nomination.

Trump responded to Pence’s refusal to illegally overturn the election by attacking him on Twitter, which resulted in Trump’s violent mob of supporters roaming the halls of the Capitol in search of him, with many chanting, “Hang Mike Pence.”